The cryptograms left behind by New York State Henry Debosnys (1836-1883) represent one of the most intriguing mysteries in crypto history. Nevertheless, they are still relatively unkown, even among crypto enthusiasts. Only few crypto experts have occupied themselves with these cryptograms so far, so chances to solve them are good.

I have reported on Debosnys and his encryptions several times before on Klausis Krypto Kolumne in German. I hope the following FAQ will draw some attention on this fascinating mystery in the English-speaking world, too. 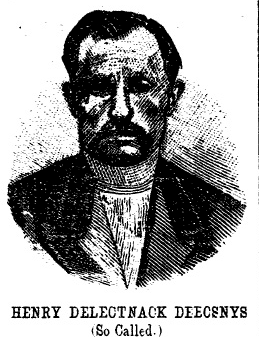 Henry Debosnys was alledgedly born in Lisbon, Portugal, in 1836. Of French origin, he emigrated to the United States. In 1882, he settled in Essex County, NY, where he immediately started courting a widow named Elizabeth Wells. After only a few weeks, the two married. A few months later, Elizabeth Debosnys’s was found murdered. 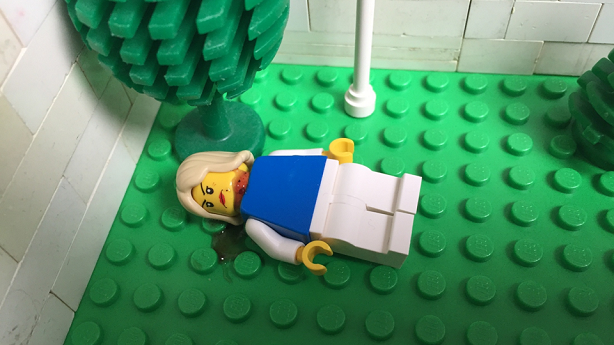 Henry Debosnys was the main suspect in this murder case. After the local law court had found him guilty, he was hanged on April 28, 1883 in Essex County. 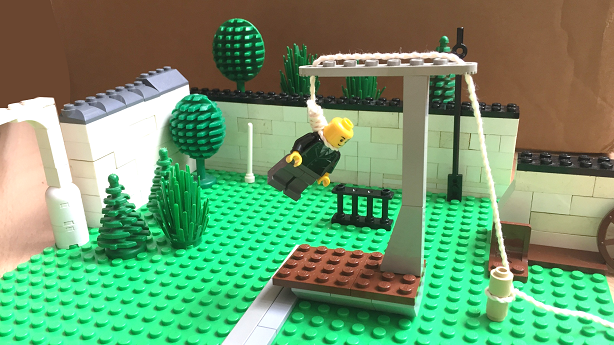 Henry Debosnys’ skull is on display at the Adirondack History Center Museum in Elizabethtown, NY. Debosnys had the appearance of a highly intelligent man, who was well educated and spoke several languages. He wrote poems and drew pictures. However, he was also described as a manipulative, lazy egoist, or even as an outright psychopath.

How do we know about Henry Debosnys?

The Debosnys case was almost forgotten for more than a century. The story was neither mentioned in the crypto literature nor in any true crime book. It was brought back to public attention by historical true crime author Cheri Farnsworth in her book The Adirondack Enigma (published in 2010). The information given in this FAQ is mainly taken from this book. 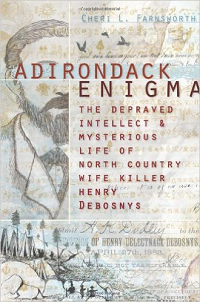 There’s much evidence supporting that Henry Debosnys was the murderer of his wife. However, the prosecutors could not  present any eyewhitnesses or irrefutable proofs. Debosnys asserted his innocence. If the presumption of innocence had been applied properly, Debosnys had to be acquitted.

Elizabeth Wells was Debosnys’ third wife. There are doubts about his earlier spouses, too. Both of them died young and in strange circumstances. It is therefore well possible that Debosnys was a triple wife-murderer.

On court, Debosnys himself said that “Henry Debosnys” was not his real name and that he lived with a false identity. It is not clear whether he said the truth in this respect.

What about the cryptograms Debosnys left behind?

While in prison, Henry Debosnys created a number of texts, poems and pictures. Four parts of the writings he left behind are encrypted. None of these cryptograms has been to date. While it is far from sure that these encrypted messages contain anything useful, it is hoped that the cleartexts shed some light on the open questions of this case.

Cryptogram number 1 is a six line text written in an alphabet consisting of simple symbols. 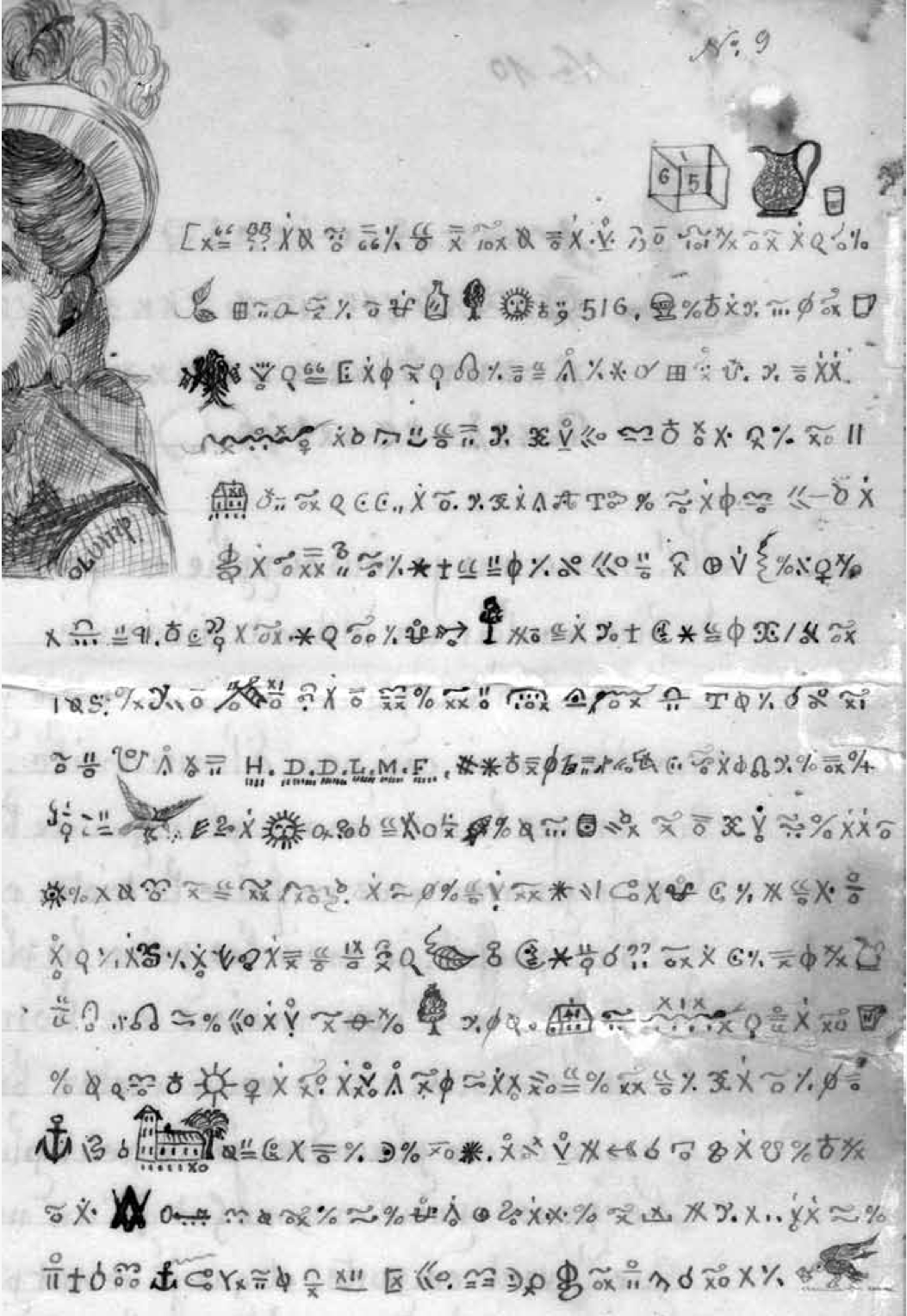 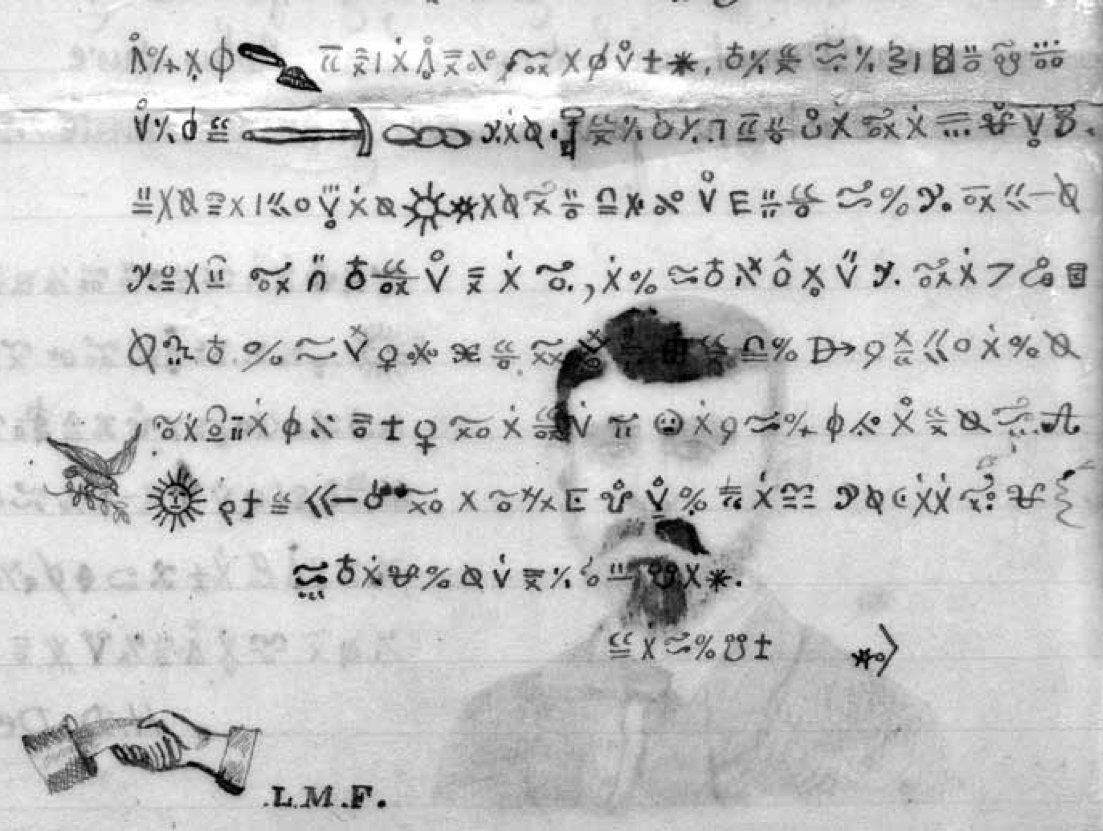 Cryptogram number 3 is the shortest one: 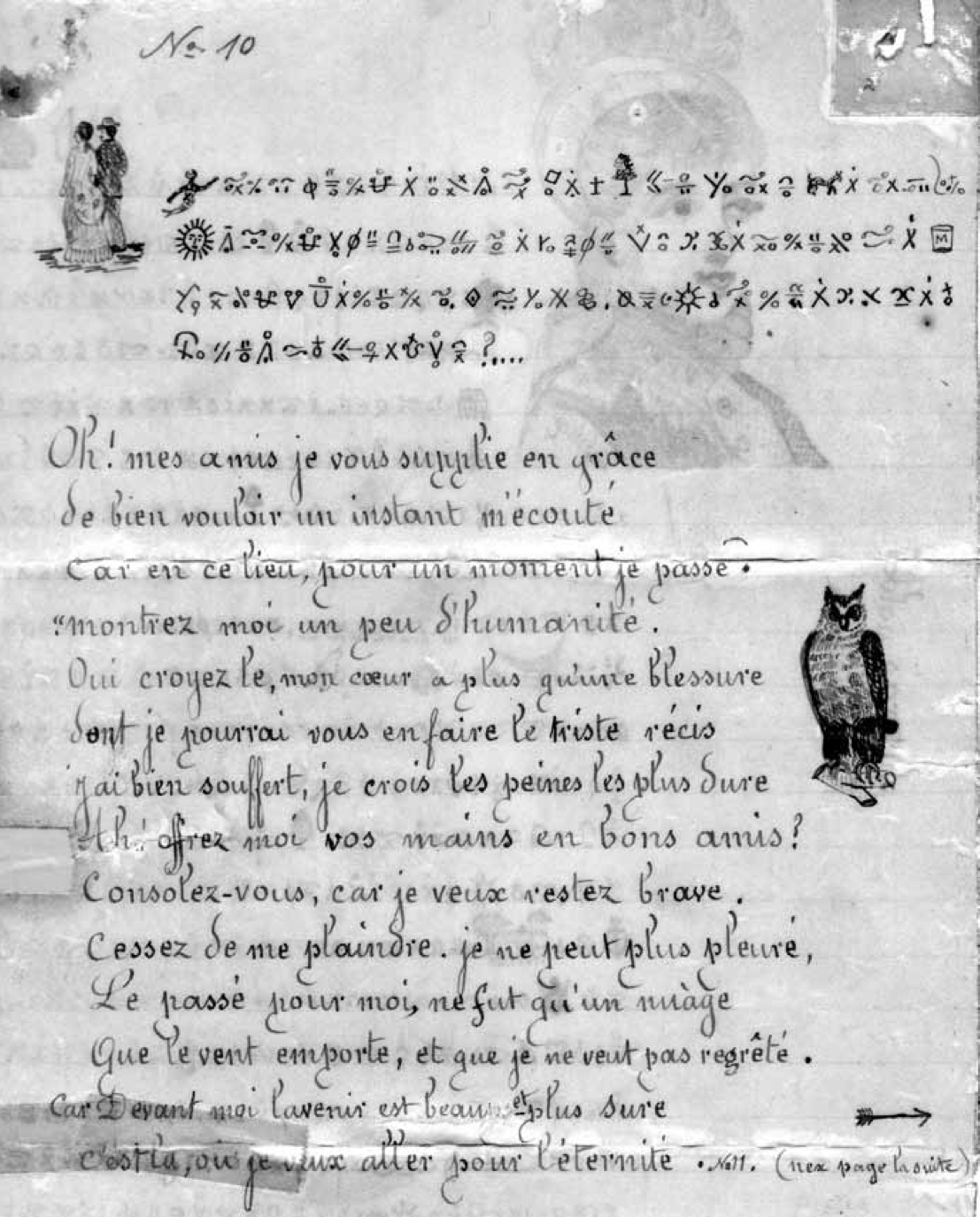 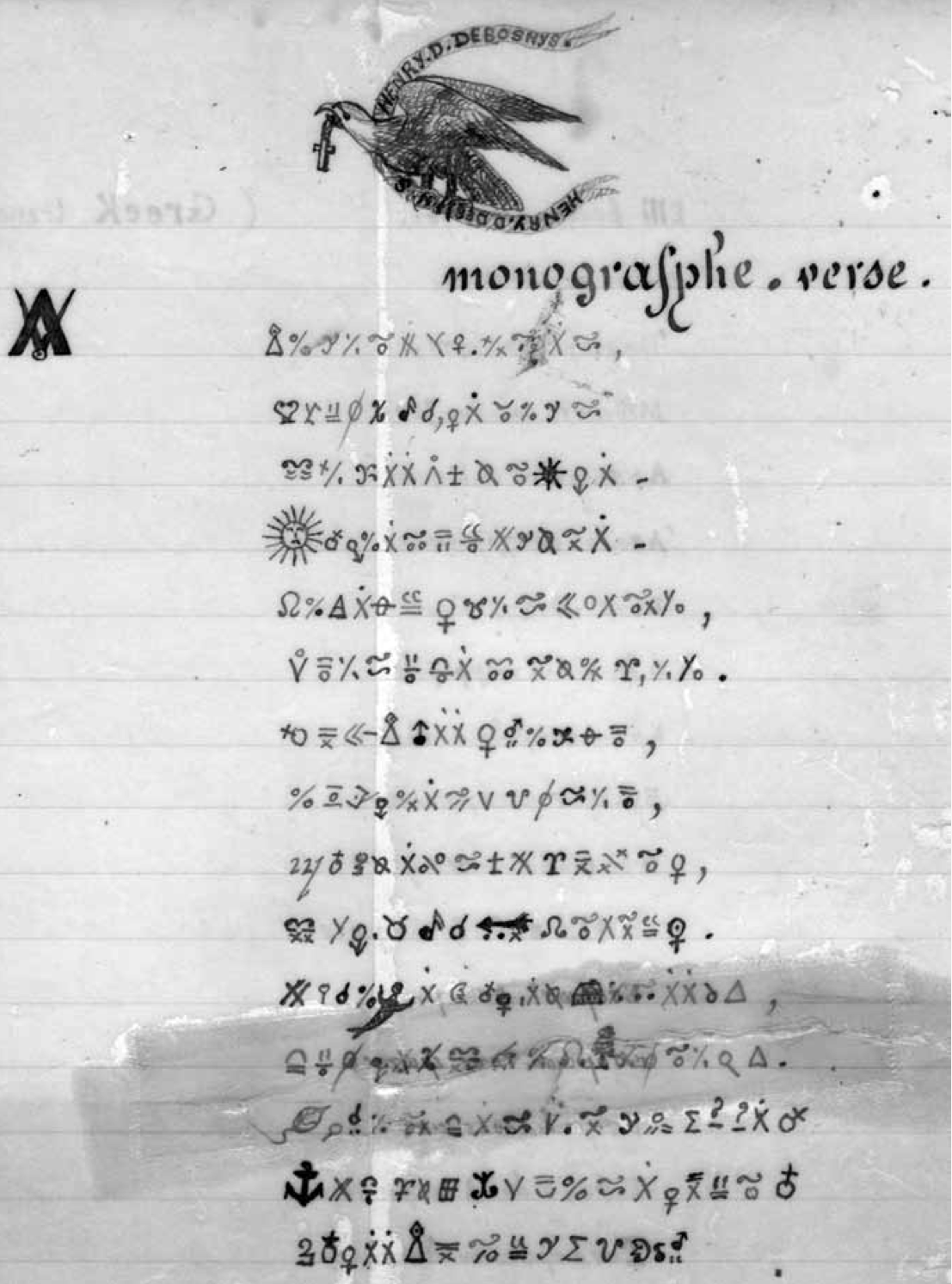 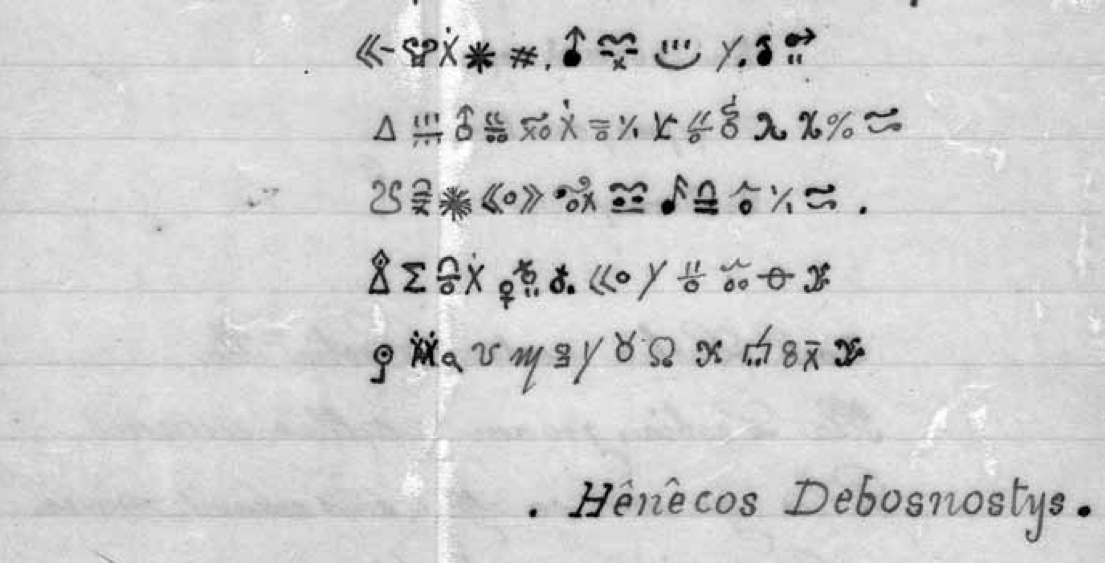 Some of my blog readers have posted interesting facts about this alledged poem. Check here for details (in German).
Follow @KlausSchmeh