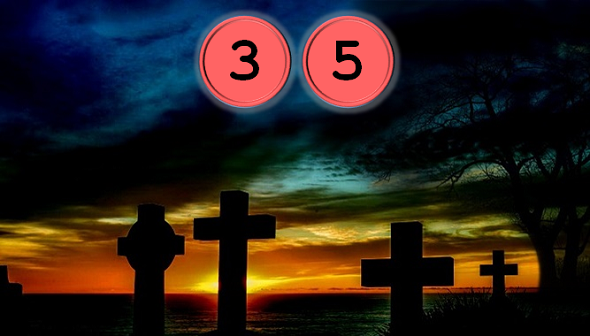 British psychologist and parapsychologist Robert Thouless (1894-1984) published a short cryptogram. He intended to channel the key after his decease from the realm of the dead. So far, this experiment has failed. Thouless’ cryptogram is still unsolved.

In 1948 British psychologist and parapsychologist Robert Thouless started an interesting experiment. He took a text, encrypted it and published the result (i.e., the ciphertext), while he kept the cleartext and the key secret. His plan was to communicate the key from the beyond after his death. If somebody received the correct key from the the realm of the dead, which would lead to the cryptogram being solved, this would prove that there is a life after death and that the dead can communicate with the living. 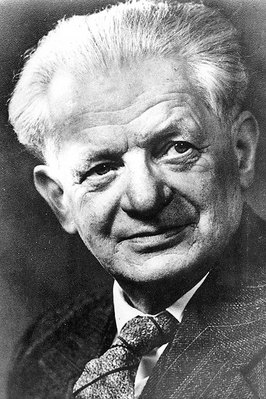 It goes without saying that this experiment would have been the most important one in the history of science – if it had been successful.

Robert Thouless started this experiment in 1948. To be on the safe side, he published even two encrypted messages (message A and message B) in a parapsychology journal. After only a few weeks, message A was solved – not by medium with supernatural powers, but by a codebreaker with conventional cryptanalysis. As a consequence, Thouless published a third encrypted message (message C).

When Thouless died in 1984, messages B and C were still unsolved. Now the interesting part of the experiment began. Was it possible to receive a message channeled by Thouless from the beyond? In fact, there were quite a few persons with alleged psychic powers, who claimed to have received a key. However, none of them proved to be correct.

In 1995 Jim Gillogly, who is today a reader of this blog, solved message C.

Of course, Jim didn’t make use of psychic powers. Instead, he conducted a special kind of dictionary attack. The key he found was BLACK BEAUTY. He published his findings in a Cryptologia article titled Cryptograms from the Crypt.

As of 2017, Robert Thouless message B is still unsolved. Here it is:

As can be seen, message B is a pretty short cryptogram consisting of 74 letters. The encryption method Thouless used is similar to the Vigènere cipher. The key is a sequence of words taken from a book or some other published text.

As a first step, words that already appeared earlier in the sequence are eliminated. Then each word is used to encipher a single letter of the 74 character message (the original word sequence needed to be long enough to yield at least 74 distinct words after eliminating duplicates). The next step is to convert each word to a number. To do this, each letter of the word is replaced by its numerical value (A=1, B=2, C=3,… Z=26). All of these values are added together. For example, the word CRYPTO yields 3+16+25+14+20+13 = 91. If the result is larger than or equal to 26, it is reduced by 26.

Following this process for each word, a sequence of numbers between 0 and 25 is received. Each number is added to the respective letter (again, if the result is larger than or equal to 26, it is reduced by 26). Suppose the cleartext is CRYPTOLOGY and the numbers obtained from the words are 7, 15, 1, 19, 20, 1, 15, 3, 6, 10. Then the encryption works as follows:

In my view, message B is only solvable if one finds the text Thouless has used (or, of course, if one receives the key from the beyond). A more comprehensive treatise of Thouless’ cryptograms (and of Wood’s cryptogram, which will be described below) is available in my book Nicht zu knacken.

When Thouless published his first two cryptograms, he encouraged others to conduct the same experiment. The more people would publish cryptograms and try to channel the key after death, the higher was the possibility that somebody would receive a correct key from the beyond.

In fact, there was somebody who followed Thouless’ call. In 1950 some T. E. Wood (born in 1887) from Bournemouth, UK, published the following cryptogram:

Wood used the same encryption method as Thouless. He said that he took his key text from a book, which is not written in English. The cleartext of his cryptogram is allegedly authored in several different languages (whatever this means for such a short text).

I don’t know when T. E. Wood died. His cryptogram is still unsolved. If somebody can break it or if somebody has received the key in a supernatural way from the beyond, please let me know.
Follow @KlausSchmeh