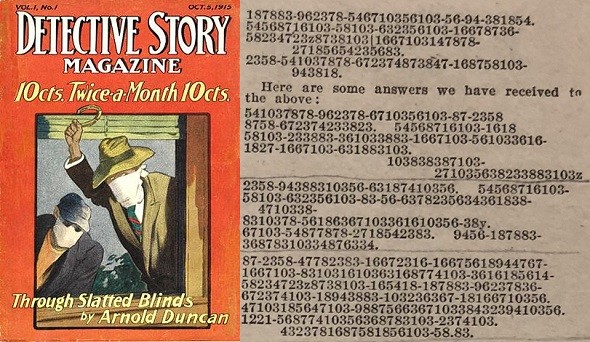 Around 1920, a US pulp magazine published an encrypted message exchange in its “missed persons” column. The cleartexts might refer to a familiy drama. Even two of the world’s greatest codebreakers apparently could not make sense of these cryptograms.

Encrypted newspaper ads are a fascinating topic. I have written about this way of secret communication many times on this blog.

When I recently searched documents left behind by master codebreakers William and Elizebeth Friedman in the New York Public Library, I encountered an encrypted ad in the Detective Story Magazine, a successful pulp magazine, which ran from 1915 to 1949 (1,057 issues). 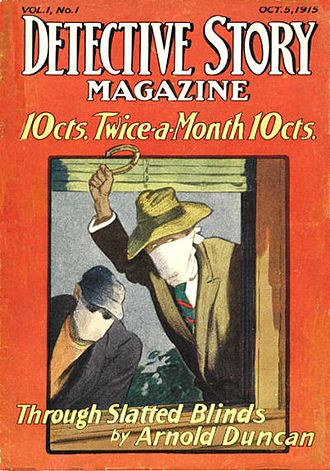 The Detective Story Magazine featured a “missed persons” column. The following scan shows how this column looked like: 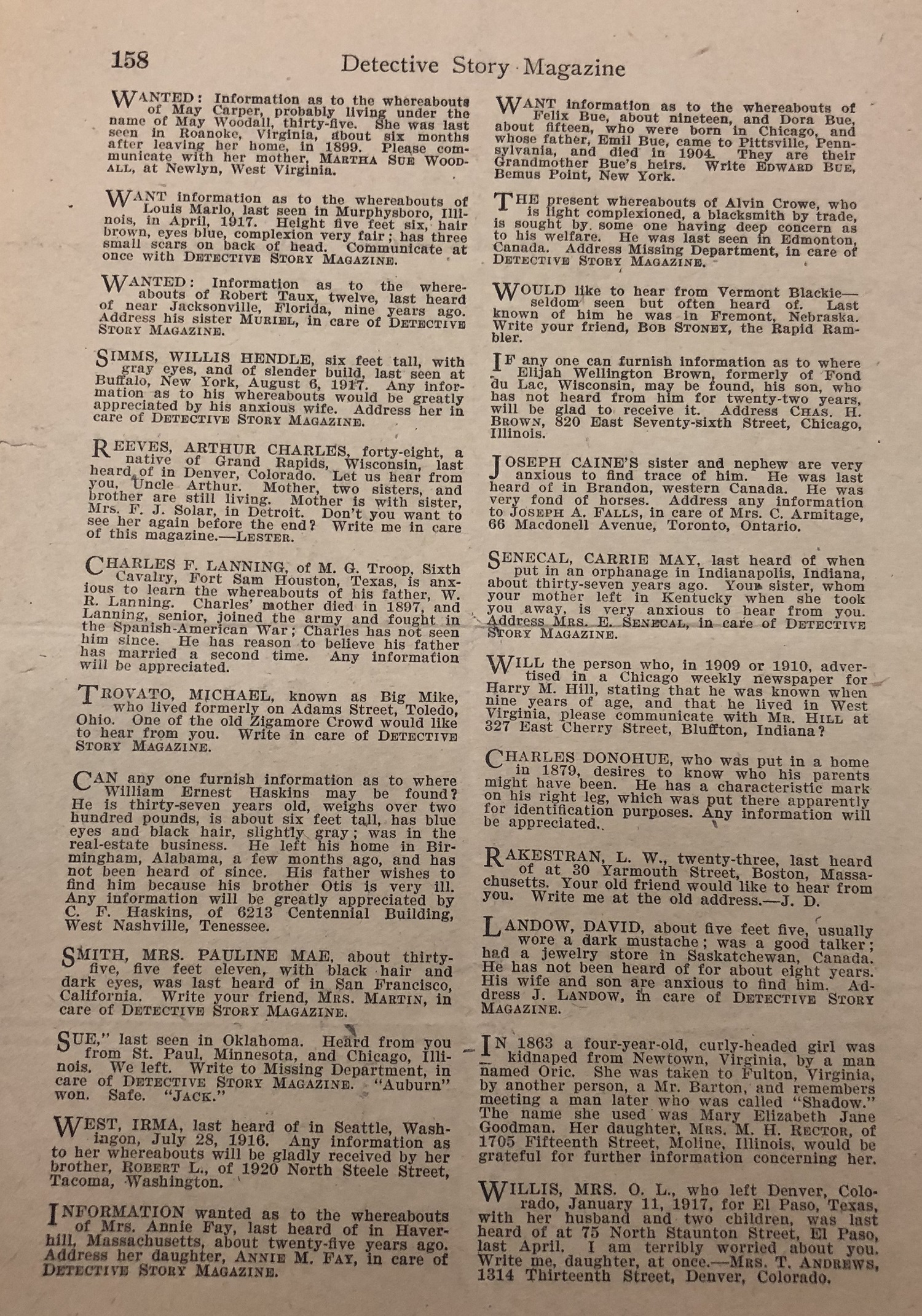 The Friedman’s probably added this clipping to their files because of the other side of the leaf: 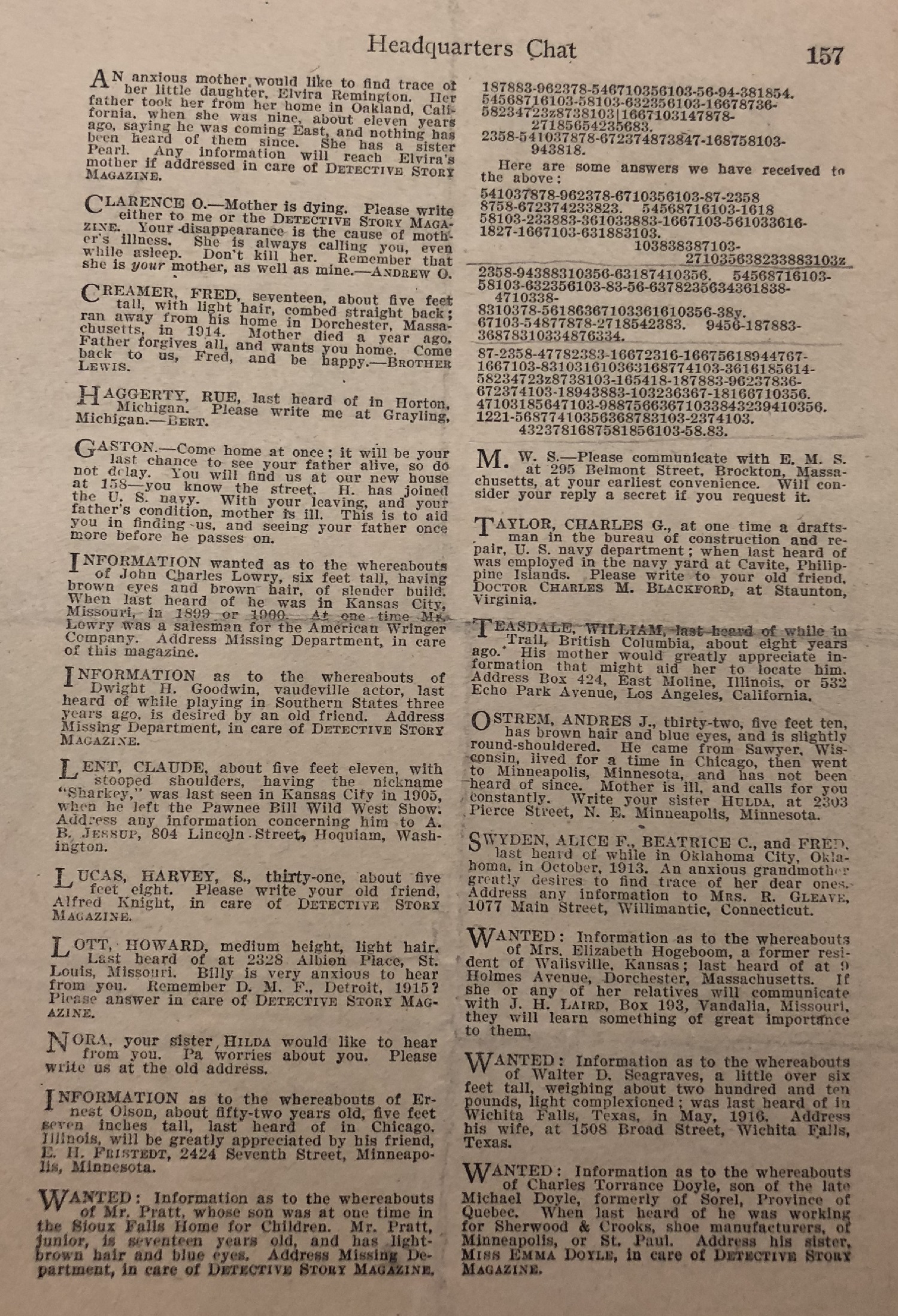 To my regret, these two pages from the Detective Story Magazine are not dated. It is not clear, in which issue they were published. As the material in the New York Public Library is from the Friedman’s Riverbanks years, this item was probably collected before 1921.

A message exchange with a missed person?

As can bee seen, page 157 of this unidentified Detective Story Magazine issue contains an encrypted text in the upper right corner: 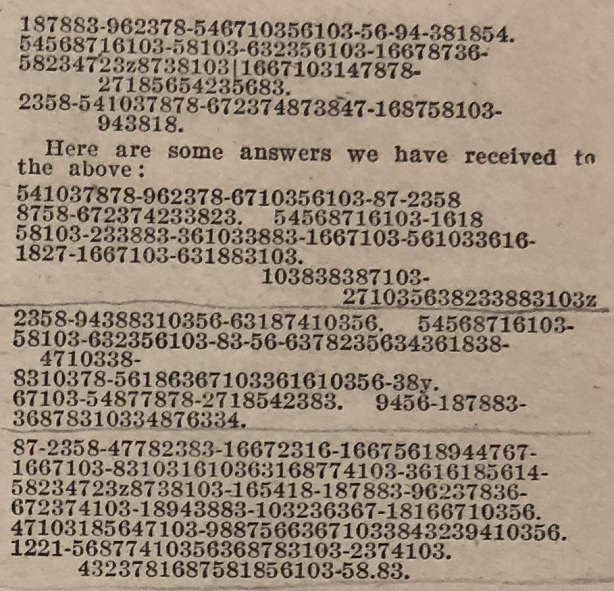 Apparently, the first part of these number sequences were published in an earlier issue of the magazine. The second part lists replies sent in by readers.

Is this is a cryptogram sent in by a reader hoping that other readers would decipher it (see here for a similar story)? I don’t think so. It looks more like an encrypted message exchange, perhaps between a person who has disappeared from home (after all, this is a “missed person” column) and his or her family. Apparently, the Friedman’s couldn’t make sense of these messages, otherwise they would have left a comment on this sheet.

Can a reader decipher this message exchange? If so, we might learn about a family drama that took place about 100 years ago.
Follow @KlausSchmeh