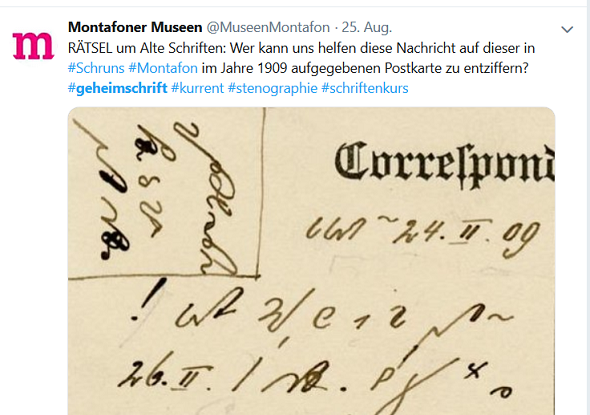 An Austrian museum association has asked its Twitter followers to help deciphering an old postcard. So far, no solution has been tweeted. Can a reader of this blog solve this mystery?

Today, for the first time in the history of my blog, I am going to cover a crypto mystery I found on Twitter. When googling for “Geheimschrift” (“secret writing”) recently, I realized that over the last few years the Twitter handle #geheimschrift has been used a couple of times. In fact, I found a quite interesting tweet published by the user “Montafoner Museen” in August this year: 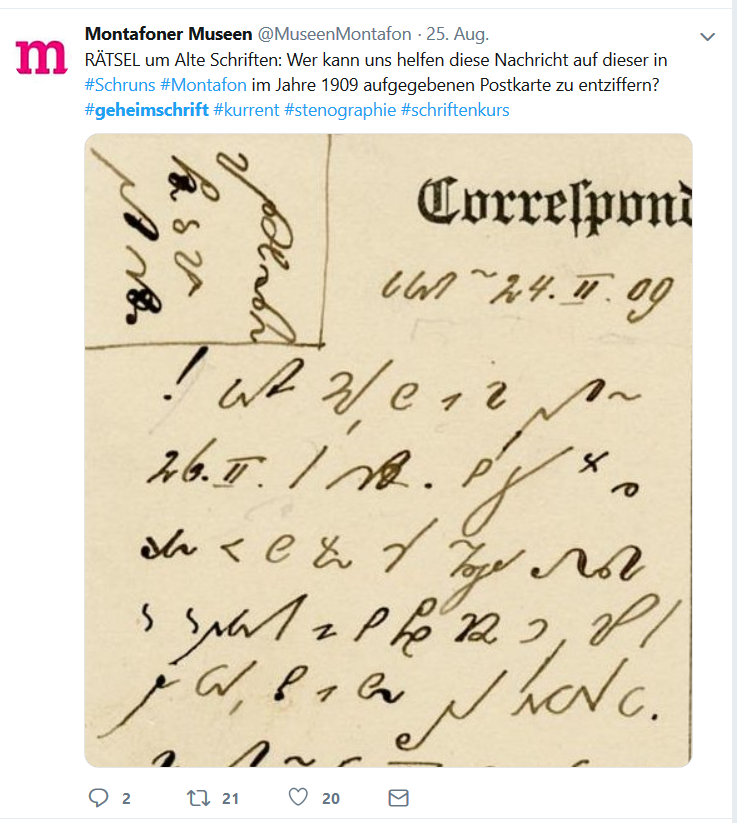 “Montafoner Museen” is an association that represents a number of museums located in Montafon, a region in Austria. Apparently, one of the museums belonging to this association owns an encrypted postcard from 1909 the museum staff could not decipher. As it seems, the museum people didn’t know my blog – I’m sure they would have contacted me otherwise. Instead, they published this cryptogram on Twitter and ask their followers for help. So far, two comments have been published, but none of them provides a solution. 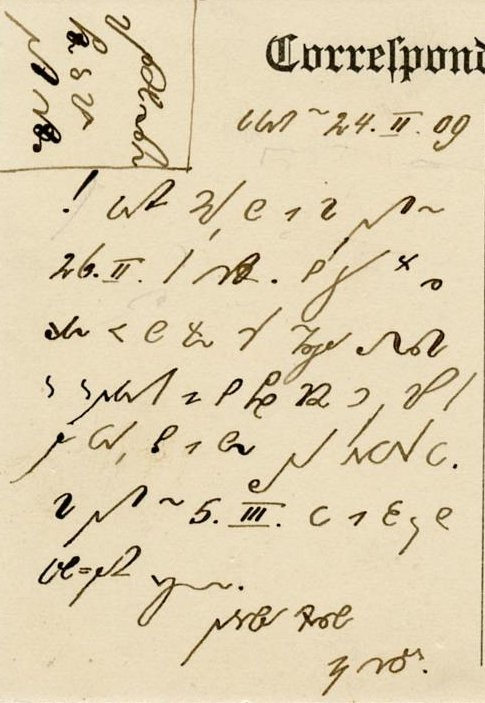 As can be seen, the message is dated February 24, 1909. The alphabet used is different from almost all other encrypted postcards I have seen. As the Twitter handles suggests, the writing is probably a mixture between kurrent (an old German script) and a shorthand (Gabelsberger?). The expressions “26. II.” and “5. III.” probably stand for February 26 and March 3. The cleartext language is most likely German.

As readers of this blog might know, most encrypted postcards were written from young men to their spouses. It is an interesting question whether this is  the case here, too.

Can a reader decipher this postcard? I’m sure, the museum will be very interested in the result.
Follow @KlausSchmeh