What wouldn’t do a thing to lower gas prices is John McCains new proposal – a proposal adopted by George Bush as well – to open up Florida’s coastline to offshore drilling. […] It would have long-term consequences for our coastlines but no short-term benefits, since it would take at least ten years to get any oil. […] In fact, President Bush’s own Energy Department says that we won’t see a drop of oil from his own proposal until 2017. And, in fact, you wouldn’t see any full production out of any oil drilling off the cost until 2030. It will take a generation to reach full production – and even then, the effect on gas prices will be minimal at best.

Believe me – if I thought there was any evidence at all, that drilling could save people money who are struggling to fill up their gas tanks, I would consider it. But it won’t. And John McCain knows that. In fact, Senator McCains decision to team up with George Bush on offshore drilling violates the bipartisan consensus that we had for decades and that has protected Florida’s pristine coastlines from drilling. […] This is a proposal that would only worsen our addiction to oil and put off needed investments in clean, renewable energy. It is not the kind of change that the American people are looking for.

When I am president, I intend to keep in place the moratorium here in Florida and around the country that prevents companies from drilling off Florida’s coast. […] My job is not to look at the polls, my job is to tell the truth to the American people about what’s going to work when it comes to our long-term energy future.

The bottom line is this: Given our energy needs, in order to sustain economic growth and produce jobs and keep our businesses competetive, we are going to need to harvest traditional sources of fuel even as we ramp up production of new sources of renewable, home-grown energy. So today we are announcing the expansion of offshore oil and gas exploration […]. We will be guided not by political ideology, but by scientific evidence. That’s why my administration will consider potential areas for development in Mid and South Atlantic and in the Gulf of Mexico.

Is this President Obama’s clean energy plan or Palin’s drill baby drill campaign? While China and Germany are winning the clean energy race, this act furthers America’s addiction to oil. Expanding offshore drilling in areas that have been protected for decades threatens our oceans and the coastal communities that depend on them with devastating oil spills, more pollution and climate change. 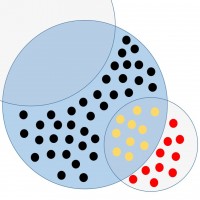