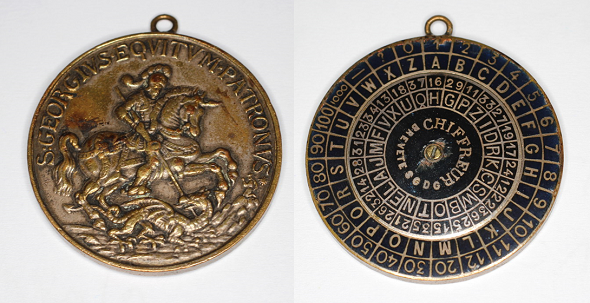 Here’s a strange cipher device: the front-side is a medal depicting St. George fighting a dragon, the rear-side is a cipher disk. Does a reader know anything about the background of this item?

“Now I know what crypto currency really means”, my friend and blog reader Karsten Hansky wrote in an email he sent me yesterday. In fact, Karsten recently purchased an item that incorporates both crypto (a cipher disk) and currency (a coin). This “crypto currency” device is by no doubt a lot older than BitCoin, so calling it the world’s oldest crypto currency is not exaggerated.

Here’s the front-side of Karsten’s acquisition: 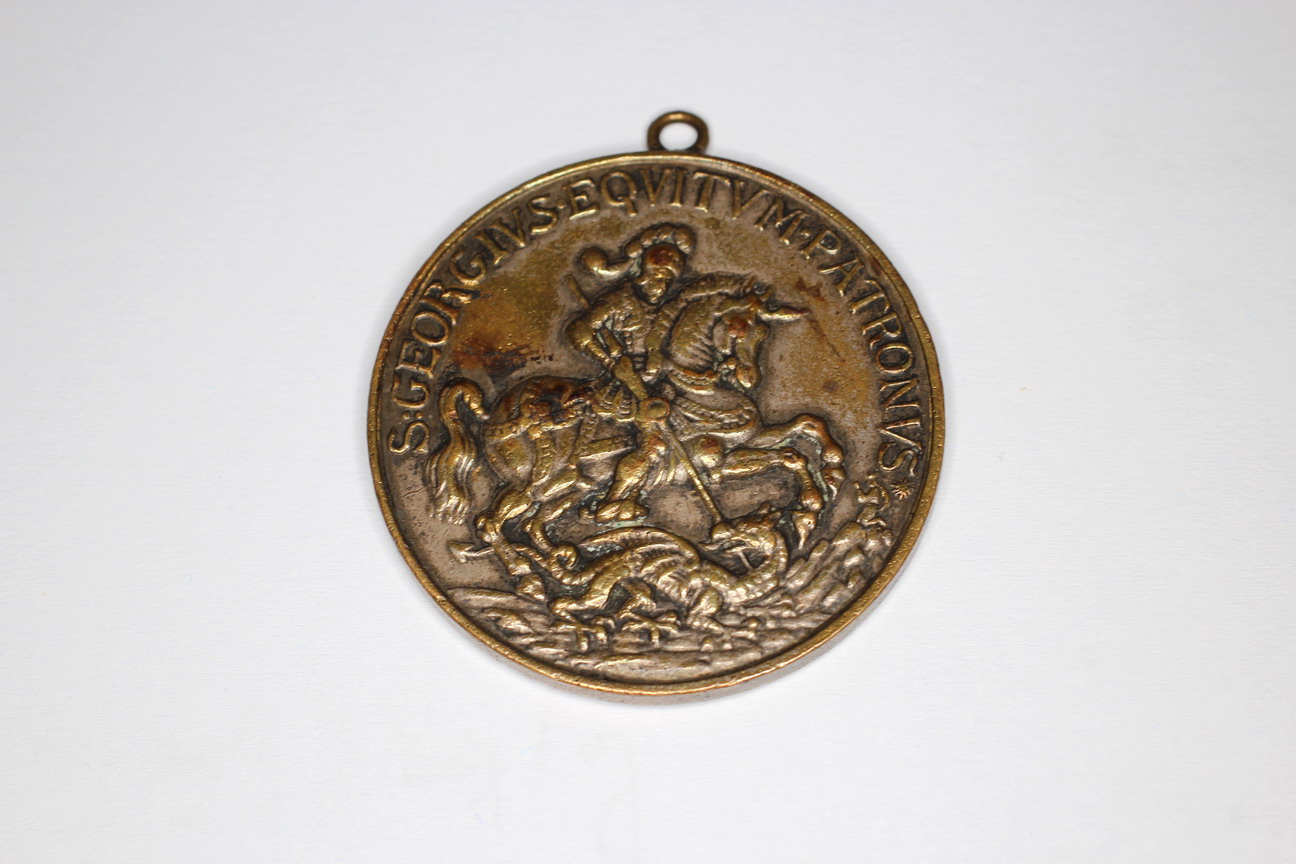 Precisely speaking, this item is, of course, not a coin, but a medal (i.e., it was not meant for payment). The medal shows St. George, a popular Catholic saint, riding his horse and fighting a dragon. This motive has been extremely popular in Christian art history. The following painting by Paolo Uccello (1397-1475) is one out of many I found when searching Google images: 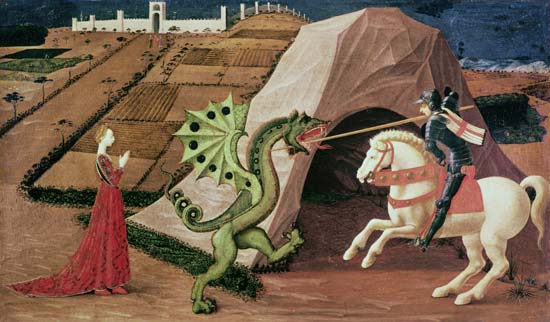 The medal inscription “S: GEORGIUS EQUITUM PATRONUS” is Latin. It means “St. George, patron saint of horse riders”. It seems likely that this medal was worn by horse riders.

Here’s the rear-side of the item: 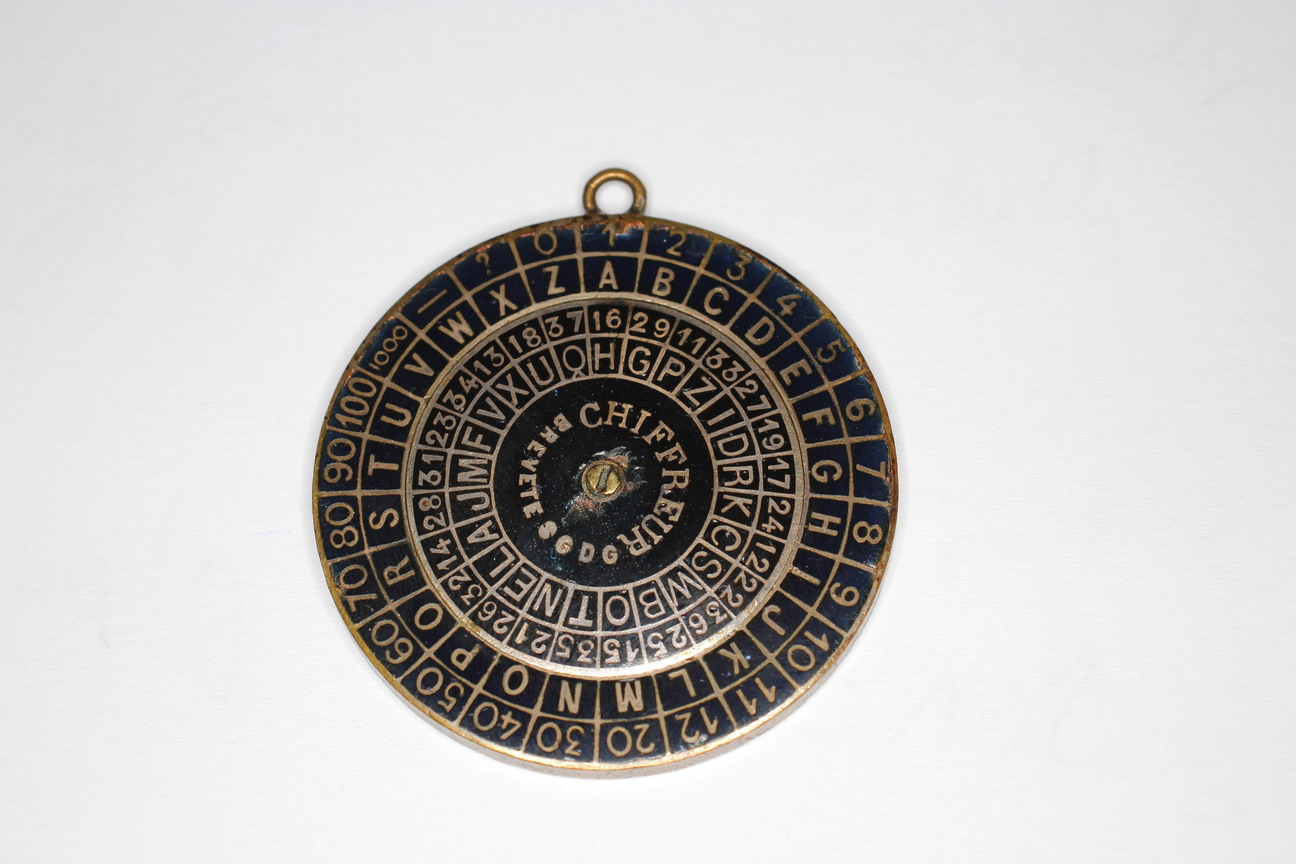 As can be seen, this is a cipher disk. The central ring of the device can be turned, so the cipher disk is operational.

It should be clear that an encryption made with such a device is not very secure (unless one turns the wheel several times during the encryption process). However, in my view, this item doesn’t look like a toy. Incorporating a cipher disk into a medal might have been a way to hide it.

Does a reader know more about it?

To my regret, almost nothing is known about this device. As Karsten found out, a picture of such a medal is available on Wikimedia: 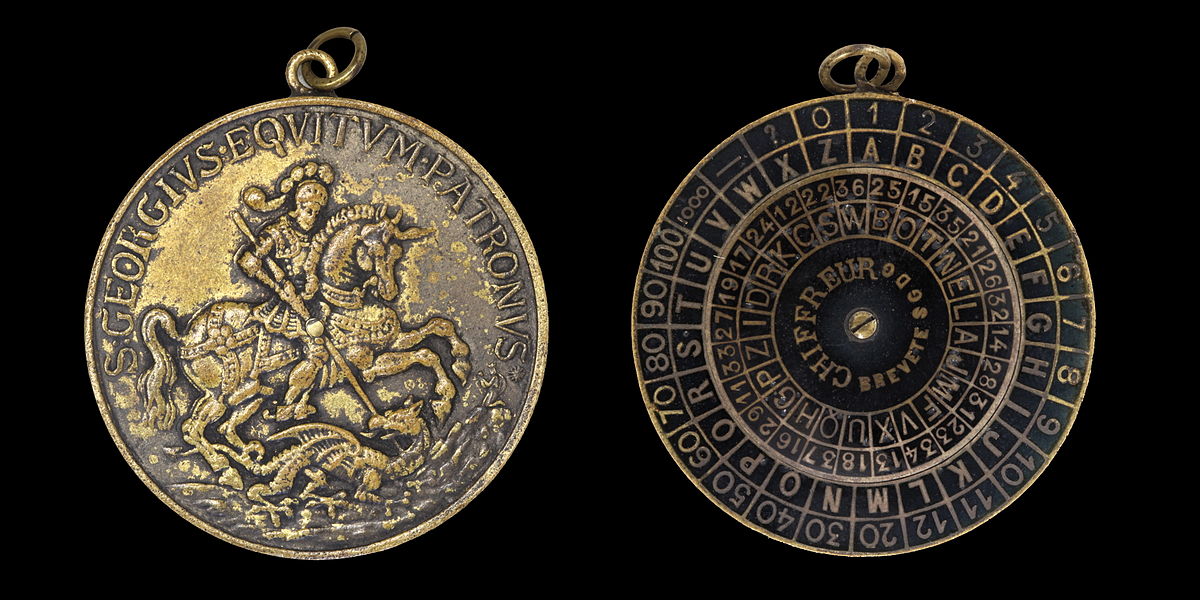 According to the Wikimedia page, this specimen of the St. George medal is a part of the cryptography collection of the Swiss Army headquarters (does a reader know where this collection is located and if it is accessible to the public?).

The origin of the device is probably France. The inscription “Breveté S.G.D.G.” (“Breveté Sans Garantie Du Gouvernement”) is French and translates to “Patent without government guarantee”. Statements of this kind were used in France until 1968.

Can a reader find out more about this crypto medal? Karsten and I would be very interested.
Follow @KlausSchmeh