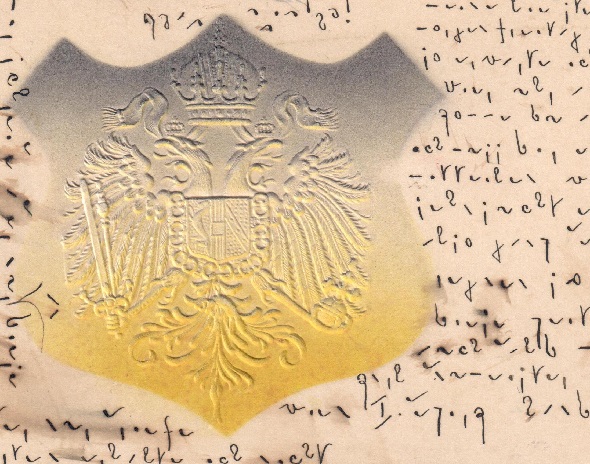 Here’s an encrypted postcard from the town of Mannswörth, Austria. Can you decipher it?

This year I received my most beautiful Christmas present already a few days before the holidays. Tobias Schrödel, who is certainly known to most readers from his regular appearances on Stern TV, from his marvelous comedy hacking talks, from his crypto book website or simply because he is mentioned on this blog quite often, provided me scans of a number of encrypted postcards. I published several blog posts about these over the last days. Today, on Christmas Eve, I am going to introduce the last one from this set. 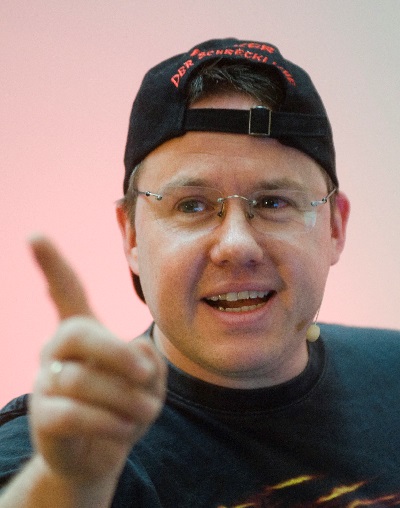 This time, the receiver of the card is an unmarried woman (this is no surprise, as most encrypted postcards were sent to unmarried women) named Anna Weinmeister, living in Mannswörth, Austria. Mannswörth is today a borough of Schwechat near Vienna. Schwechat is today the place where the airport of Vienna is located. 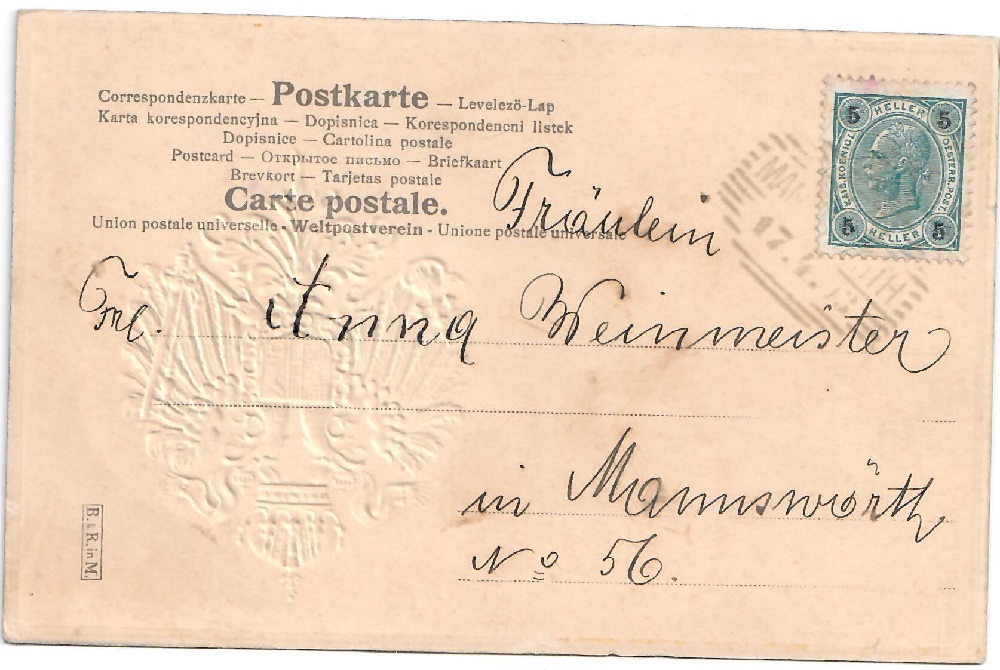 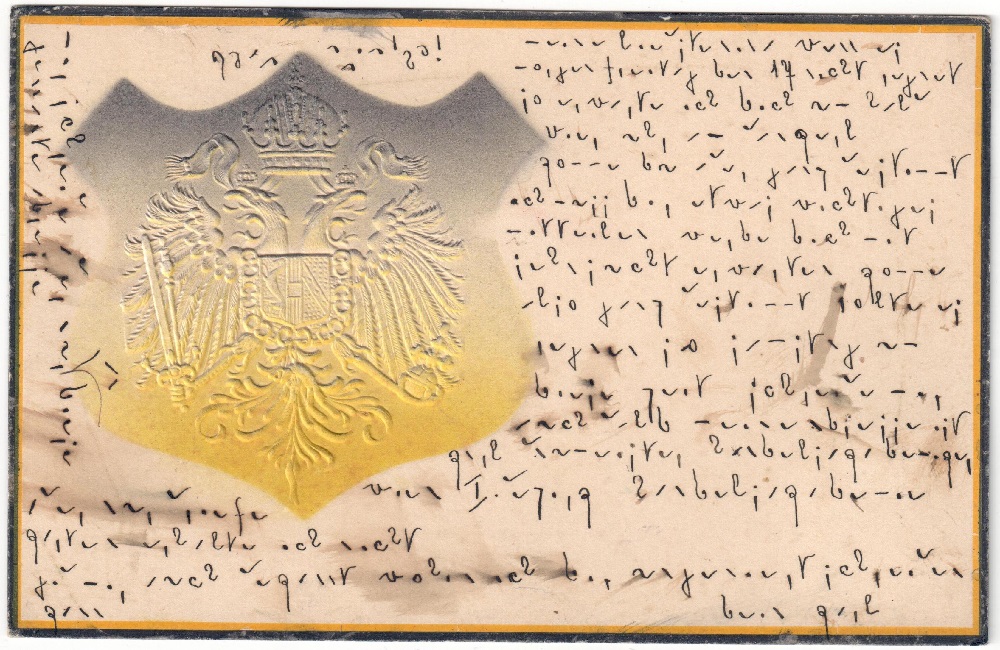 … not only shows a nice crest (can a reader identify it?), but also an encrypted text. Considering that the card was sent to an unmarried woman, it would be a fair bet that the sender was her lover. The plaintext is probably German.

The cipher used by the sender is most likely a letter substitution (MASC). The spaces between the words have been preserved, which makes breaking the cryptogram easier. It might be a good start to guess the following word, which has the pattern 123342546:

The software CrypTool 2 (which is available in the new version 2.1, by the way), renders only one German word with this pattern: MITTEILEN (to inform). Is this decipherment correct? Can you break the encryption?

In any case, I wish all my readers a Merry Christmas!
Follow @KlausSchmeh