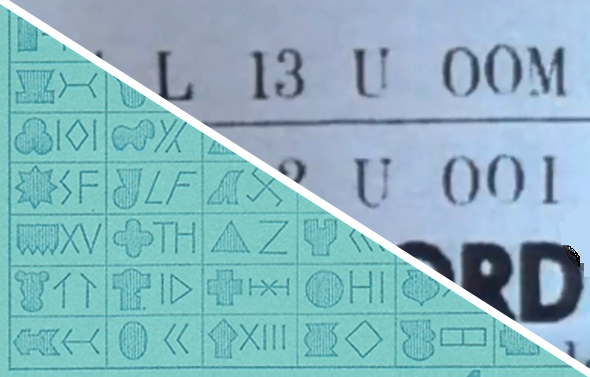 Here are two sequences of letters or symbols that look like encrypted messages, but are not. Can you guess what their real meaning is?

A few weeks ago, my friend Richard SantaColoma … 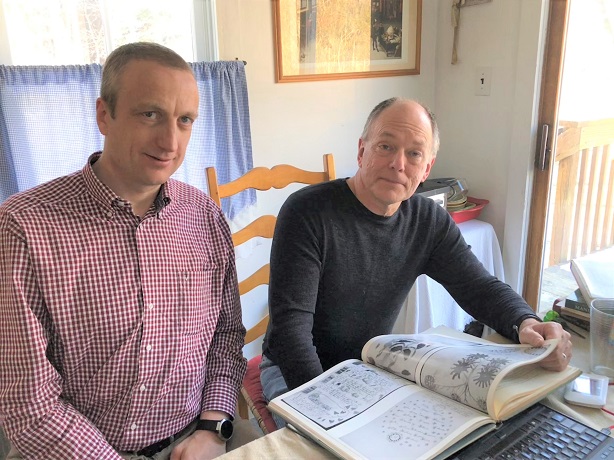 … from New York State informed me about a strange code from 1970 he had come across.

The code Rich found can be seen on this sheet: 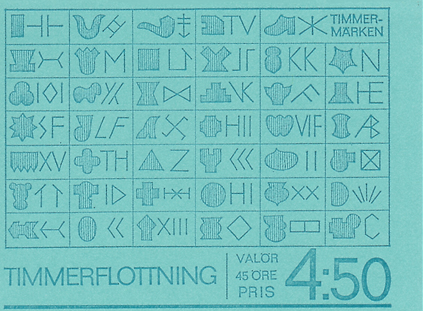 This sequence of symbols looks like an encrypted message or like an encryption key. However, Rich soon found out that these glyphs were not cryptographic in nature. Can a reader guess what these symbols were used for? The solution is given below.

When I recently watched a rock music video on YouTube (it happens to be from 1970, too), I saw another strange code: 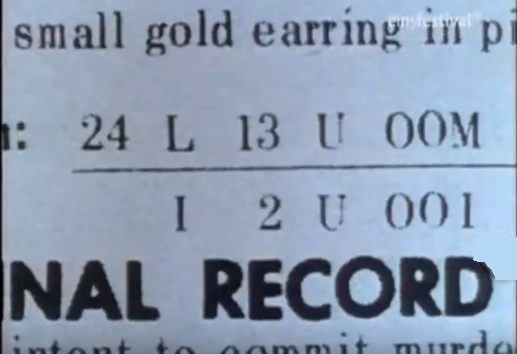 Again, I was reminded of an encrypted message, but again, it soon became clear to me that this code has nothing to do with cryptography. Does a reader know what it is? The soution is given below.

Rich discovered the said sequence of symbols on a 1970 Swedish stamp sheet which commemorates the craft of “log rolling”: 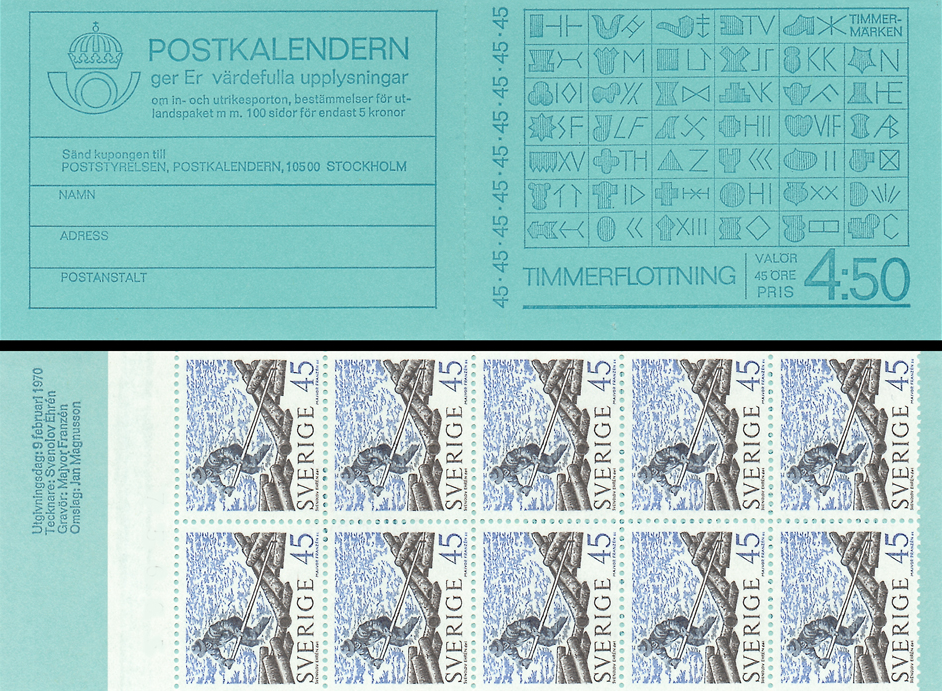 The various lumber companies in Sweden had trademarks which were put at the end of the log to identify their own lumber during the log float downriver. At the bottom of the river, the logs would be separated and sent to the lumber mill they belonged to. The symbols in question (known as “timmermarken” or “flottningsmärke”) identified the owner company.

The table on the stamp sheet represents a collection of these symbols.

I saw the said code in the video clip of the song “Indiana Wants Me” by R Dean Taylor (as a coincidence, this song was published in the same year as the Swedish stamp):

In the video, the words “fingerprint classification” can be read before the code. As can be read on Wikipedia, in the pre-computer age, there were several methods to classify fingerprints in order to facilitate their comparison. Without such a system, it would have been nearly impossibly to find the fingerprint of a certain person in a large collection.

The code that can be seen in the video is probably the representation of a fingerprint in the Henry Classification System.
Follow @KlausSchmeh