StartseiteCipherbrainA cipher from a television thriller 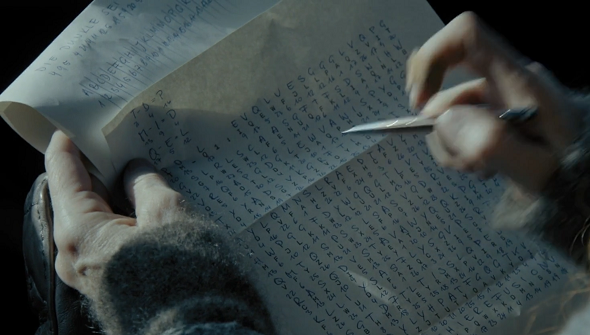 A cipher from a television thriller

In a crime novel from the “Harter Brocken” series, a coded text plays a role. The plain text is known. What is not clear, however, is how the encryption works.

The Saturday before last, ZDF once again broadcast a full-length TV show with Thomas Gottschalk. However, I found the crime thriller “Harter Brocken: The Secret Code.” Even the title suggested that an encrypted text played a role in it. So I watched the film. Incidentally, it was a repeat from 2019. At that time, however, this crime thriller had passed me by.

To anticipate: I found “Harter Brocken: The Secret Code” not particularly realistic, but definitely exciting. And indeed, cryptography was in it. If you feel like it, you can still watch the crime thriller in the ARD Mediathek until January 2022.

The film centers on a detective superintendent named Frank Koops. He learns of a coded message left by a recently deceased molecular biologist. Here it is: 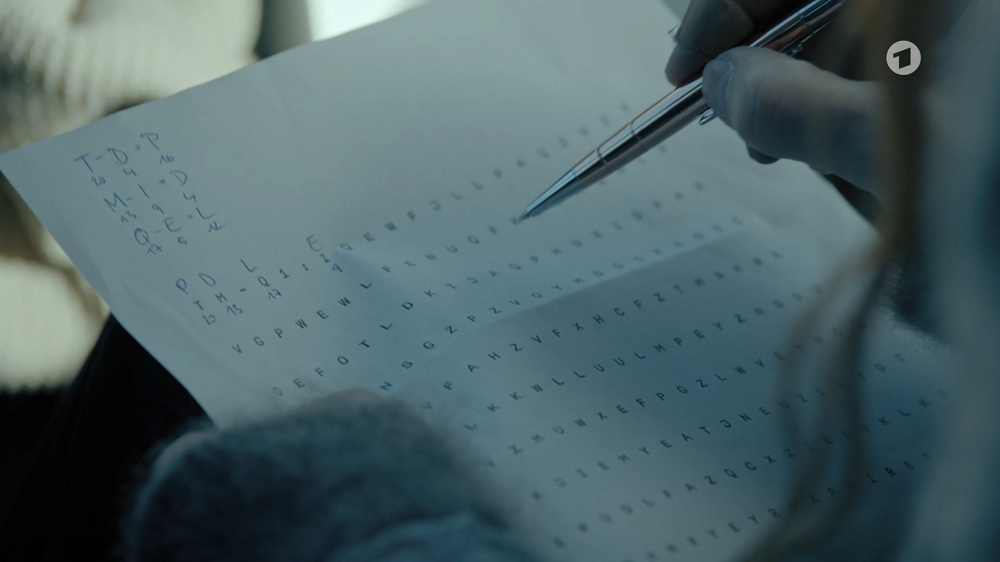 Commissioner Koops learns that there is a three-part key to this cryptogram. The first two parts are THE DARK and SIDE. He has to guess the third part. THE POWER suggests itself, but the molecular biologist could not do much with science fiction and would therefore hardly have chosen a key from “Star Wars”.

Instead, the deceased was a Pink Floyd fan. Based on the Pink Floyd album “The Dark Side of the Moon,” the key could be THE DARK SIDE OF THE MOON. This assumption proves to be correct. Here is the key (all following screenshots were taken between 1:08 and 1:11): 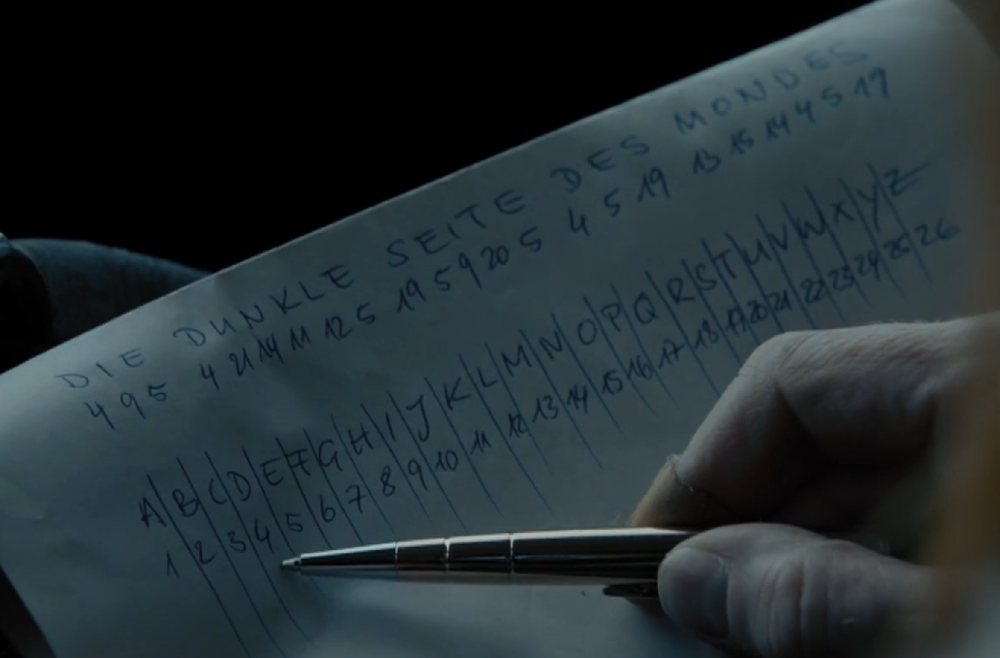 The philosopher Maria Joseph, with whom Koops collaborates, can use this key to solve the encryption. In the following figure you can see ciphertext and plaintext on top of each other. Additionally, under each ciphertext letter the corresponding position in the alphabet (A=1, B=2 etc.) is indicated: 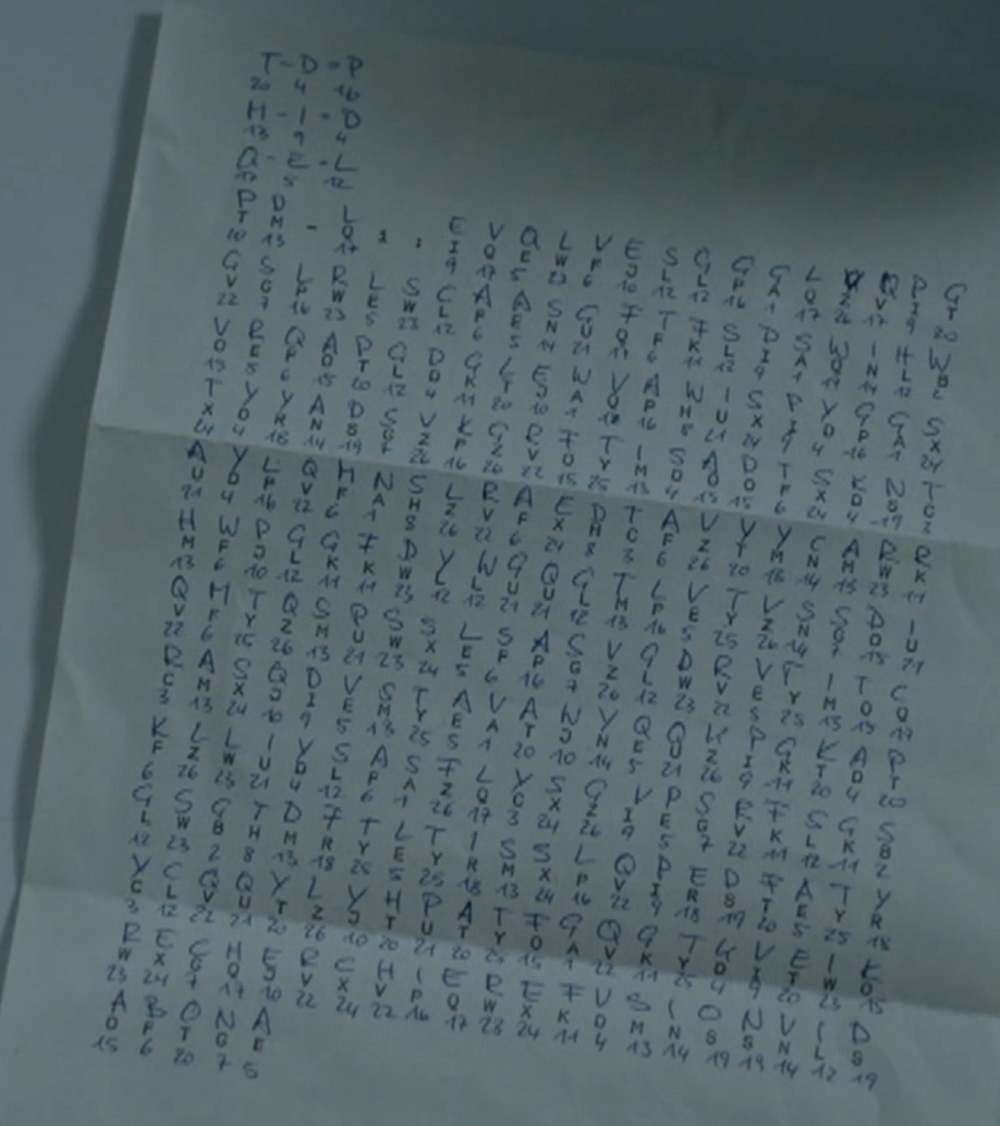 How was the text encrypted?

The question now is how the ciphertext is created from the plaintext with the help of the key. According to the words of the philosopher, which can be heard in the detective story, the molecular biologist should have used a Vigenère cipher or something similar. However, I do not manage, for example, to encode the last eight plaintext letters (VIDABONA) into the corresponding ciphertext NLSOFTGE and to get out a part of THE DARK SIDE OF THE MOON as difference.

“Vidabona”, by the way, is a fictional company that plays a role in the film. Otherwise, I don’t want to say too much about the content of the plaintext, so as not to spoil.

Will a reader find out how the encryption works? Of course, it is also possible that the cryptogram only consists of a meaningless sequence of letters and thus there is no real encryption at all. But that would be a bit disappointing.