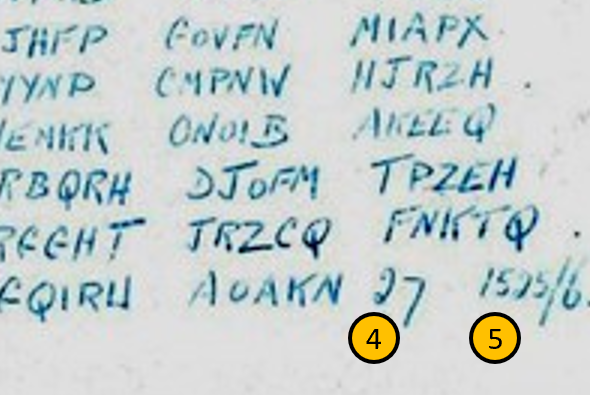 A crypto classic: The pigeon cipher from WW2

An encrypted carrier pigeon message from World War II has been one of the best-known unsolved cryptograms for years. At least the unencrypted parts of this letter have now been largely clarified.

Hard to believe, but it’s been over seven years since I first blogged about the Surrey encrypted carrier pigeon message. At that time, I featured this cryptogram at #21 on my top 25 list of unsolved crypto mysteries.

On January 28, 2021, I will be giving a webinar talk on unsolved ciphers with Elonka Dunin (co-author of my current book Codebreaking: A Practical Guide) organized by the National Museum of Computing. The carrier pigeon message will also be a topic. On this occasion, I took another look at the message. Today I will try to explain at least the unencrypted parts.

Seven years ago I wrote that the carrier pigeon message was discovered in October 2012. In the meantime, it is known that the find was already in 1982. However, the finder informed the press only in 2012.

During renovation work, the story goes, a homeowner in Surrey, England, came across the remains of a World War II carrier pigeon in a chimney. On its leg bone was a red capsule with a coded message: 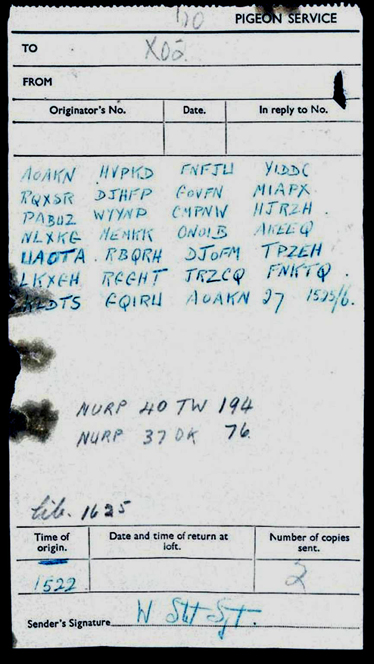 Here is a transcription of the ciphertext:

The pigeon news attracted a lot of interest in the media. Spiegel Online alone reported on it three times. Although there are many other unsolved encrypted texts from World War II, an encrypted carrier pigeon message is something special.

Despite the media hype surrounding the pigeon message, no one has been able to crack it since 2012. Although Canadian historian Gord Young reported a successful decryption, his solution, “Troops, tanks, guns, sappers, here. Countermeasures against tanks don’t work” proved to be wrong.

The first interesting thing about the Pigeon message is that it is a one-off. So far, to my knowledge, no one has found a comparable message, although there must have been.

It is also interesting how little is known about the background of this message. It is not even known what encryption methods the British used for their carrier pigeon communications during World War II. This is all the more astonishing because carrier pigeons played an important role in the army of the United Kingdom at that time. Speculation about the cipher used here ranges from a Typex encryption machine … 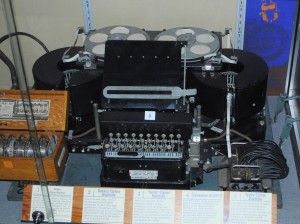 … via a codebook to a one-time pad.

Overall, I find it strange that so little has been found out about this cryptogram so far.

The carrier pigeon message is not dated in any recognizable way. The press said that the message was sent from France to England on June 6, 1944, D-Day. That the pigeon came from France is quite plausible for geographical reasons. However, why it should have been on D-Day, arguably the most important date of World War II, is not clear to me.

In the following, we will take a closer look at the parts that are not encrypted: 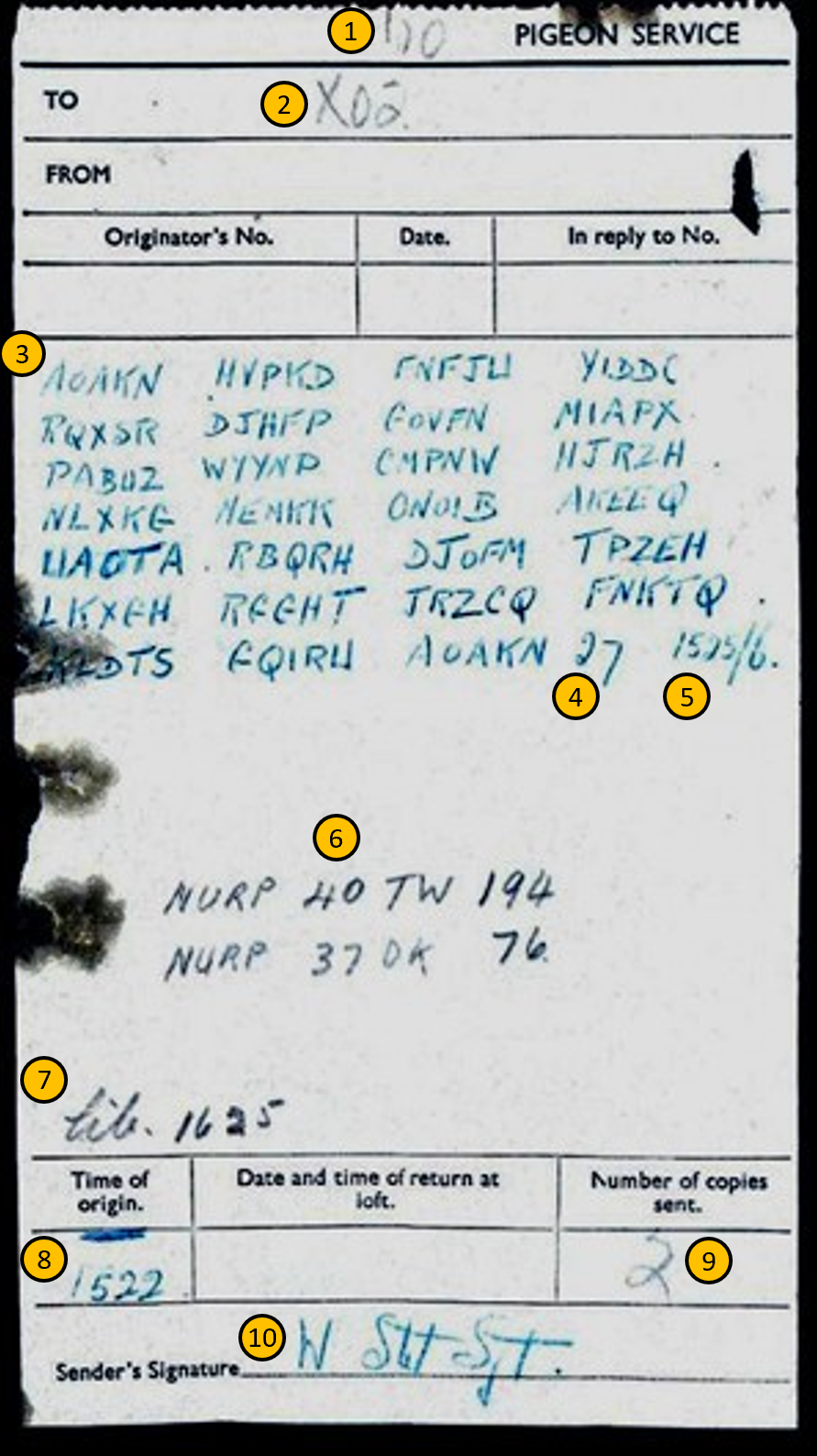 Note that items 6 (pigeon name) and 7 (time of mailing) were written in a different pen and a different color than the rest. Presumably, the said W. Stot filled out the form and handed it to the carrier pigeon officer of his unit, who then added the names of the pigeons and the time of sending. The person in charge of carrier pigeons could have been French, for which the term “lib.” (“libéré”) speaks for it.

I still think that one should be able to find out more about the carrier pigeon message. Can a reader contribute to this? Does anybody have more information about British carrier pigeons in general?