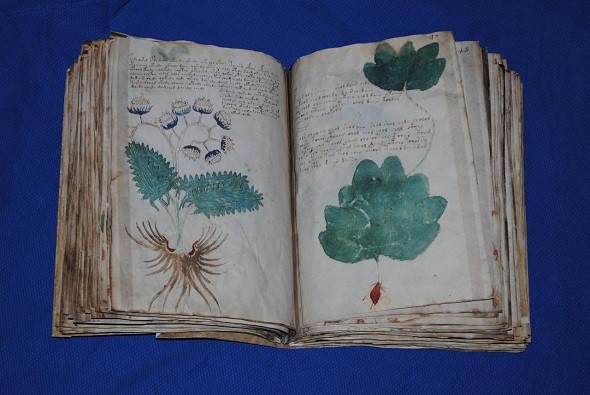 Did the Voynich manuscript come about through self-quotation?

How did the text in the Voynich manuscript come about? The Dresden computer scientist Torsten Timm developed an explanation years ago that I think is very interesting – even though many may be disappointed by it.

It’s hard to believe, but it’s been over a year since my last blog article about the Voynich manuscript. Yet there are interesting things to report about what is probably the biggest mystery in crypto history. My post today is actually overdue, because the topic is already a few years old. 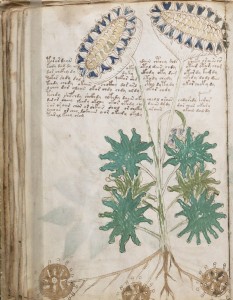 Today, the following (also not exactly new) question is at stake: How can it be that an encrypted book from the Middle Ages cannot be deciphered despite all efforts. After all, the encryption methods known at that time were extremely primitive, and the 230 pages of the manuscript apparently provide more than enough material for analysis. The possible answer: The Voynich text is not encrypted at all, but consists merely of a meaningless string of letters.

However, this answer has a catch: It is not at all easy to fill a few pages with meaningless sequences of letters – let alone a whole book. People who try to do this usually fall into repetition or end up putting meaningful words on paper. Torsten Timm, who will be mentioned later, has found the following sources:

The hypothesis that the content of Voynich manuscript is spontaneously generated nonsense is not too popular in the Voynich scene for these reasons. Nevertheless, I have written several times in my publications that I would not completely reject the spontaneously-generated-nonsense hypothesis. Perhaps there are after all people who have the gift of nonsense production. One reason for the low popularity of this theory could be that it delivers a richly disappointing solution for the Voynich enigma. It would be much more exciting, if the contents of the manuscript would make sense. 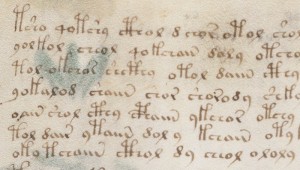 However, one can also generate nonsense with a method. The German Voynich manuscript expert Torsten Timm described such a method years ago, which the author of the Voynich manuscript might have used. There is a Cryptologia article about it, which is unfortunately chargeable, as well as a paper available for free. I blogged briefly on this topic back in 2014, but have not returned to it since.

Timm’s method involves first creating a few pieces of text and then repeating them many times with changes. This procedure, which can be called “self-citation,” sounds extremely simple, but is apparently able to reproduce many features of the Voynich manuscript text. It also explains the fact that the content of the manuscript has some properties of natural language, but to all appearances is not written in such (thanks at this point to the linguist Jan Henrik Holst, who recently made this clear to me again). 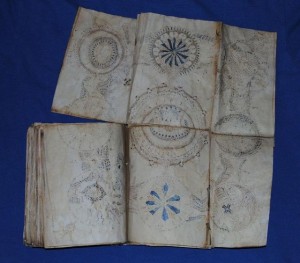 Reception of the Self-Citation Hypothesis

Cipherbrain reader, linguist and Voynich manuscript expert Jürgen Hermes is also a supporter of the self-citation hypothesis. Here is an article by him on the subject.

Also interesting is the following presentation from the University of Cologne, in which Timm’s explanation is said to be the most probable of the currently circulating hypotheses. 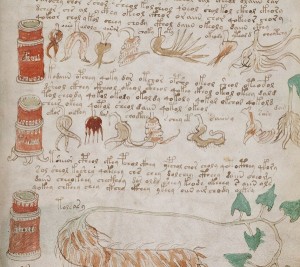 What was not clear to me until now, but what Torsten Timm pointed out to me, is that the self-citation method can also be used unconsciously. According to Timm, Bowern did not notice in the video linked above how similar the result of her experiment with the 40 students came to the text in the Voynich manuscript. There are many repetitive passages of text in the Voynich text, for example, “kol chol chol kor chal sho chol shodan” (f1r.P3.16) or “shol chol shoky okol sho chol chal shol chol shol ctaiin shos odan” (f42r).

If the self-citation method can be used unconsciously, this means that it is possible to generate nonsense spontaneously after all – at least to an extent that would be necessary to generate the Voynich text.

All in all, I like the hypothesis of Torsten Timm best of all theories concerning the generation of the Voynich text. Unfortunately it has the already mentioned disadvantage: For many it is too unspectacular to be true. Where would one get if one of the great riddles of cultural history had such a banal solution? But the story of the Voynich manuscript is not a detective story that has to come up with a spectacular ending, but a piece of reality. And in reality, unspectacular solutions are the rule.