StartseiteCipherbrainMail from a Zodiac copycat: The Scorpion Letters

Mail from a Zodiac copycat: The Scorpion Letters

In 1991, an unknown person sent letters to the host of a U.S. television show. The anonymous writer claimed to have committed 23 crimes. Some pages were encrypted. To this day, they remain unsolved.

This blog has been around for almost eight years, and only twice have I blogged about the Scorpion letters. This unsolved crypto mystery certainly deserves more attention. Therefore, and because I can present a few new points of view in the meantime, I would like to return to this topic today.

The Scorpion letters have to do with “America’s Most Wanted”, the US counterpart to the German television classic “Aktenzeichen XY … ungelöst”. In the years beginning in 1991, Joe Walsh, the longtime host of the series, received several anonymous letters from an author who called himself “Scorpion.” This individual claimed to have committed 23 unsolved crimes – including burglaries and murders. Some passages of the letters were encrypted.

Let’s start with the three plaintext pages, even though they are less important for us: 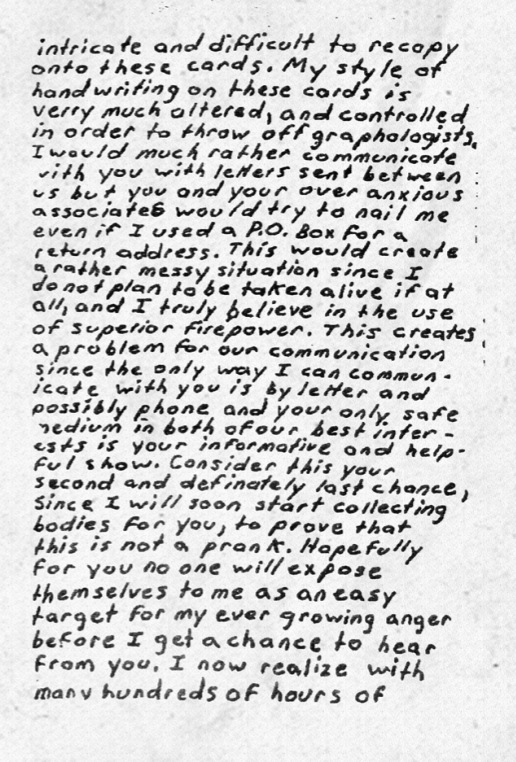 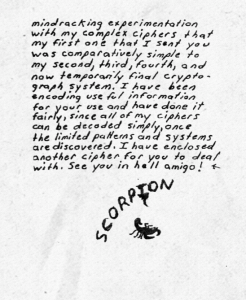 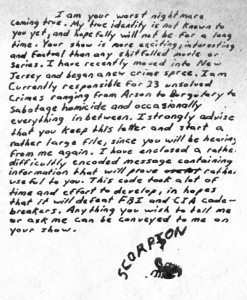 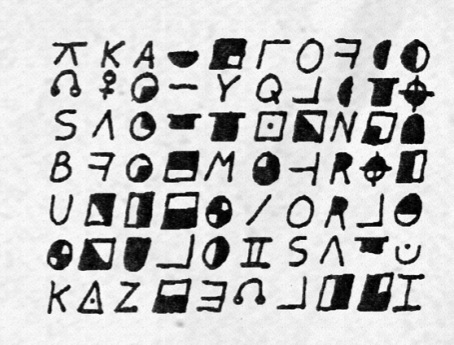 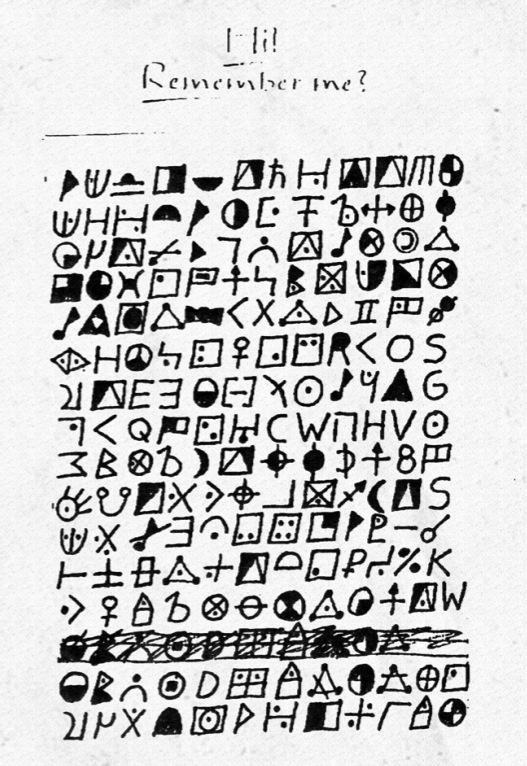 The two coded pages resemble the letters of the Zodiac killer. However, there are no indications that the author is identical with the latter. So we are dealing with a copycat (“Zodiac Copy Cat”).

To my knowledge, the two Scorpio cryptograms have not been solved yet. The sender has never been identified. Probably it is a busybody who never committed the 23 mentioned crimes.

The two encrypted pages should be difficult to crack, because the alphabets are very large. The first ciphertext contains 70 characters, 53 of which occur only once. Of the 180 characters in the second message, 145 occur only once. A frequency analysis brings here as good as nothing.

If the Scorpio cryptograms are true ciphertexts, they could have been created using a homophonic cipher (i.e., using a method that provides multiple plaintext equivalents for some letters). The first two Zodiac cryptograms were created in this way; the second also used a transposition.

However, S2 and S5 are shorter than the two solved Zodiac messages. Moreover, the number of symbols in the alphabet is much larger. If the author of the letters did not make a gross mistake when encrypting them, S2 and S5 should not be solvable without further information.

Last December, blog reader Septimus Severus from Poland posted an interesting comment on my last article about the Scorpion letters. I contacted him in response and exchanged a few emails with him. All the following statements refer to S5.

Septimus has pointed out that some symbols in S5 look quite similar and can be grouped into families. The following graphic shows this:

Can it be that the symbols of a family have the same meaning? Of course, it would be nonsensical to use a homophonic cipher in this way, but perhaps the author wanted it to be solved. If this hypothesis were true, then the larger families would probably stand for the common letters like the E or the T.

Septimus Severus also sent me the following graphic, in which some patterns can be seen: 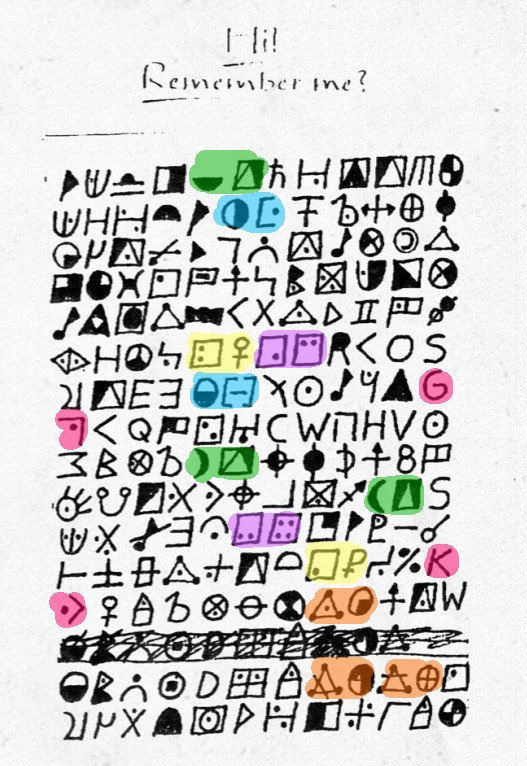 Can anything be made of these thoughts? I would be pleased to receive comments on this.

Septimus Severus has also provided me with the following challenge he created himself: 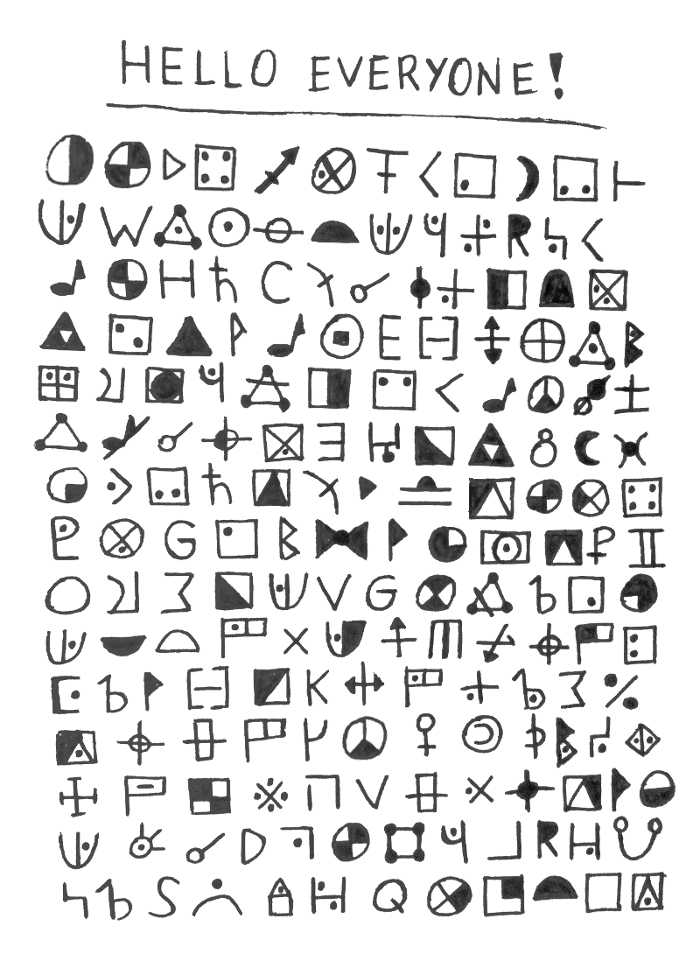 The solution works a bit differently than described above. In order not to make things too difficult, I would like to reveal the first step to the solution:

The rest works like a Polybius cipher. Have fun!