StartseiteCipherbrainProgram of the Voynich Conference 2022 published 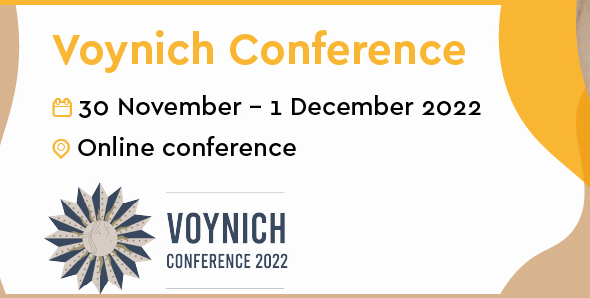 Program of the Voynich Conference 2022 published

In four weeks there will be an online conference on the Voynich manuscript. Some old acquaintances will be there as speakers.

It has been ten years since the last conference on the Voynich manuscript took place. The place of the event was the Villa Frascati at the gates of Rome, where Wilfrid Voynich, according to his own account, had come across the mysterious book in 1912. The following photo was taken in front of the entrance to this building: 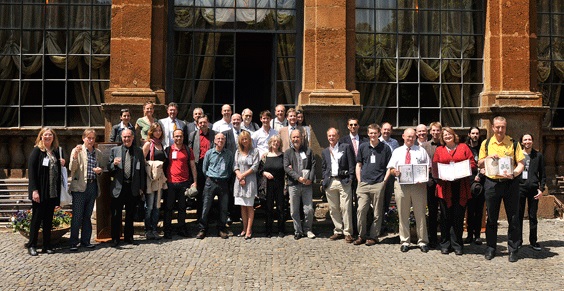 The conference thus took place exactly 100 years after the presumed rediscovery of the manuscript and was therefore called “Voynich 100”. It was organized by René Zandbergen, Michelle Smith and Claudio Foti. Over 80 people came – so there were more visitors than later at the HistoCrypt.

Among the participants were Nick Pelling and Richard SantaColoma, who are still active in the Voynich scene today. Elonka Dunin, Dennis Stallings, and Philip Neal may also be familiar to some readers.

The “Voynich 100” was held as an invitational conference. So the organizers determined the speakers and the program. I was represented with a talk on the statistical properties of the Voynich manuscript text. 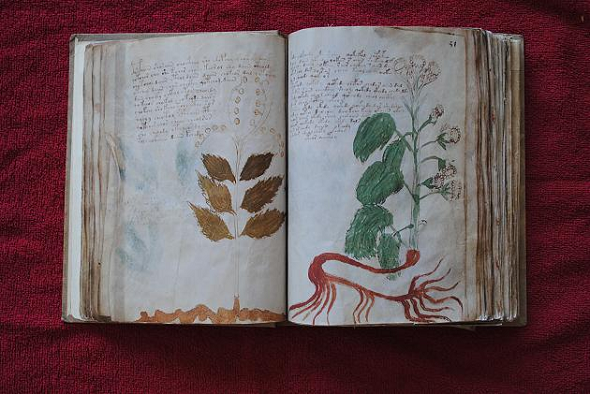 A good ten years have passed in the meantime, and now in four weeks there will finally be another Voynich Manuscript Conference. This time it will be organized by staff of the University of Malta and held as an online conference. The participation fee is 50 euros. According to the website, the event is simply called “Voynich Conference 2022”. I advocate using the abbreviation “VC22”.

VC22 is not an invitational conference, but is conducted in the style of a peer-reviewed scientific conference. Therefore, there was a call for papers that officially invited submissions. A program committee blindly evaluated the submissions received, after which the highest scoring submissions were accepted. As is customary at such conferences, the papers submitted had to be quite detailed. Those who received acceptance had to expand their submission into a nine-page technical article that will soon appear in the conference proceedings.

If you haven’t had enough of the Voynich Manuscript after the conference and live in the Berlin area, you have two more opportunities to hear lectures on the subject:

But back to the VC22. Since a few days the program of the event is available on the website. As expected, there are a few old acquaintances among the speakers. Ray Clemens of the Beinecke Library, the owner of the manuscript, will give the introductory talk. René Zandbergen, in my opinion the world’s leading Voynich manuscript expert, will contribute the first keynote. Another keynote will come from Lisa Fagin Davis, who has attracted attention with several publications on the subject in recent years. Keynotes and introductory talks are not usually determined by peer review, but are determined by the organizer.

In the peer review program, Elonka Dunin and I will be presenting on the second day. Jürgen Hermes from Cologne will also be a speaker at VC22. As far as I can see, he, Stefan Guzy and I form the German faction among the speakers.

I find it a pity that many long-time known greats from the Voynich scene do not appear in the program. Neither Richard SantaColoma nor Nick Pelling nor Torsten Timm nor Elmar Vogt nor Gordon Rugg nor Andreas Schinner is represented with a lecture. Whether the aforementioned people did not feel like going through the elaborate peer review process, whether their papers were rejected, or whether there are other reasons is unknown to me.

As it seems, I am the only speaker at VC22 besides Renè Zandbergen who has already presented at the “Voynich 100” ten years ago. I hope that the event will be as exciting as it was then.