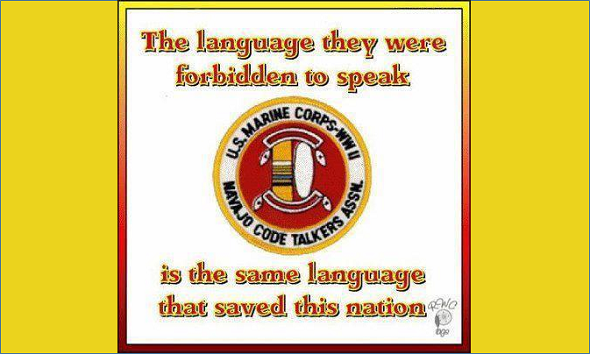 The Navajo code was one of the most successful encryption methods in World War 2. Here are four facts about it you might not have known before.

Translating a message into a code based on the Navajo language was one of the most successful encryption methods in World War 2. The US Army used this technique in the Pacific campaign against the Japanese. The contribution of the Navajos in WWII inspired the 2002 film Windtalkers, starring Adam Beach and Nicholas Cage.

Here are four facts about the Navajo code talkers that might be new to you. 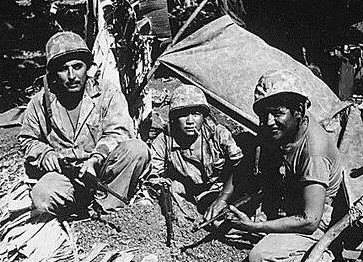 1) One of the last Navajo code talkers has now died

As can be read on several newsportals, one of the last surviving Navajo code talkers, Joe Hosteen Kellwood, has now died in a Phoenix hospital at the age of 95. Kellwood was born in Arizona. Like many other Navajo indians he was not allowed to speak his mother language in his childhood. Only years later the US military discovered that the Navajo language was ideal for using it to encrypt radio messages. The Japanese, who didn’t know anything about this language, didn’t even come close to break the code.

“Kellwood served with distinction in the 1st Marine Division as a Navajo Code Talker, ultimately helping lead the Allied forces to victory in WWII,” Arizona Governor Doug Ducey said in a news release. “Today, as Arizonans celebrate the life of this amazing man, let us pray for his family, his friends, and the Navajo Nation. And let us never forget the countless contributions that code talkers have made to our state and our country. More than 430 Code Talkers answered the call of duty following the Pearl Harbor attacks. Most of these men had never experienced travel, seen an ocean or been trained for military combat. But, like so many other Americans from our Greatest Generation, Joe Kellwood and others from the Navajo Nation answered the call to defend liberty and freedom. ”

2) The Navajo code was far from unbreakable

Much has been published about the Navajo code talkers. One of the most interesting questions is how good it actually was. At first glance, it seems excellent: The Navajo code was not only never broken, but also worked faster and was less error-prone than most other ciphers of the time.

On the other side, the Navajo code was certainly not unbreakable. A good cryptanalyst or linguist would have been capable of identifying at least certain words, if he had enough radio messages to analyze – after all, things like planes, ship or tanks were mentioned frequently. This didn’t happen, because the Navajo language makes use of certain sounds that don’t exist in Japanese. The Japanese codebreakers could not even identify these sounds, let alone the words in which they appeared. If the Japanese had been better in analyzing unknown sounds (for example assisted by an experienced linguist or a captured Navajo indian), they might have been successful in breaking the code. It therefore can be concluded that the success of the Navajo code not only depended on its quality but also on luck.

CrypTool 2 is a highly recommendable crypto software. Apart from many other encryption systems, it supports the Navajo code.

4) The Navajo code is far from unique

Using speakers of an exotic language as code talkers was not limited to the Navajos. Here are all other cases I’m aware of: