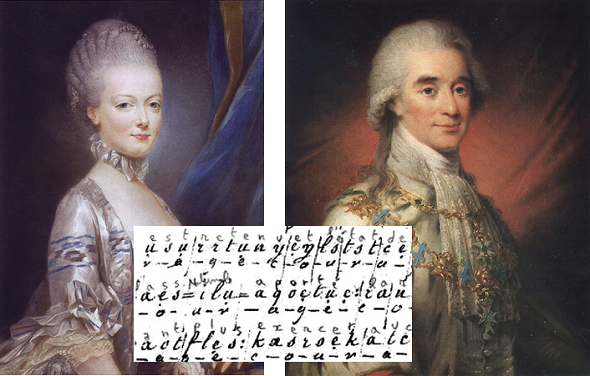 During the French Revolution, Queen of France Marie-Antoinette sent a number of encrypted letters to Swedish diplomat Axel von Fersen. Two French scientists took a close look at them.

Marie-Antoinette (1755–1793) was a daughter of Austrian Queen Maria Theresia. In the age of 15, she was married to the French Dauphin and later became Queen of France. During the French Revolution, the royal family was placed under serious guard. Nevertheless, Marie-Antoinette succeeded in sending letters to Axel von Fersen, a Swedish diplomat living in Paris. Some of these letters were enciphered; others were plaintext or written with invisible ink.

Much of the content of these letters is political in nature, but some parts express Marie-Antoinette’s love for Fersen. According to her, the work of copying and enciphering was tedious. She complained about it: “Farewell, I am getting tired of ciphering; this is not my usual occupation and I am always afraid of making mistakes.” Unlike Mary Queen of Scots in the 16th century, Marie-Antoinette did not suffer from cryptanalysis of her letters. 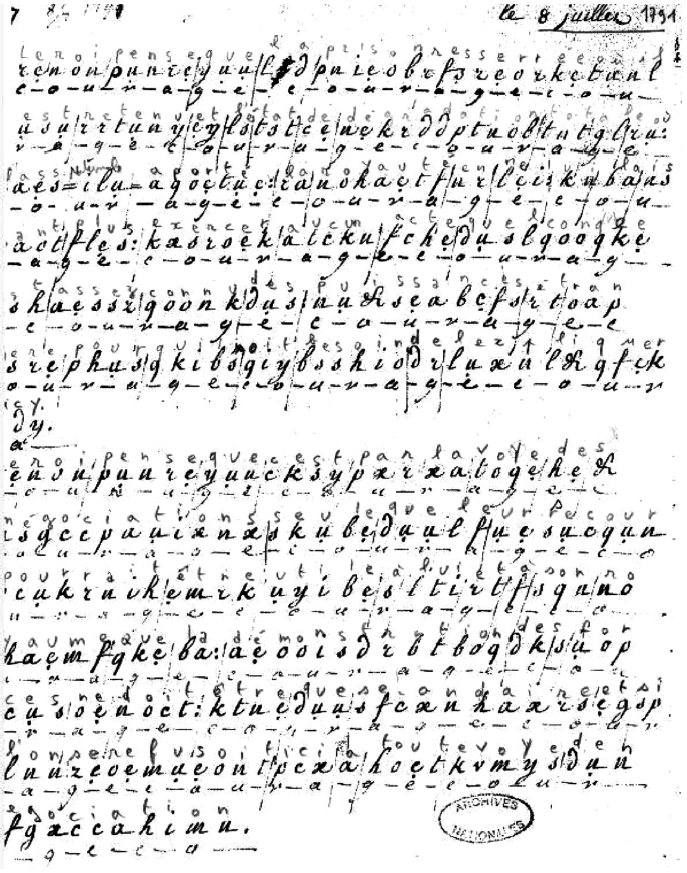 In a Cryptologia article of 2010, French scientists Jaques Patarin and Valérie Nachef explained how Marie-Antoinette’s letters to Axel von Fersen were enciphered. The two used a polyalphabetic system. Such an algorithm was considered practically unbreakable at that time. The system needs two different keys: an enciphering table, which is fixed, and a keyword, which is different for each message. Here’s the enciphering table: