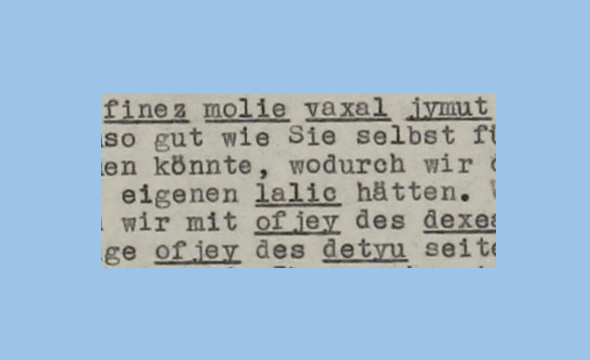 In 1941 the German chemicals group Bayer sent an encrypted letter to Columbia. British codebreakers were able to decipher it.

The British National Archive in London is a very interesting place for everybody interested in crypto history. Last week I had the chance to go there and to do some research. Although I had little time (I stopped at the archive for about two hours on my way to Heathrow airport), I found some interesting material. 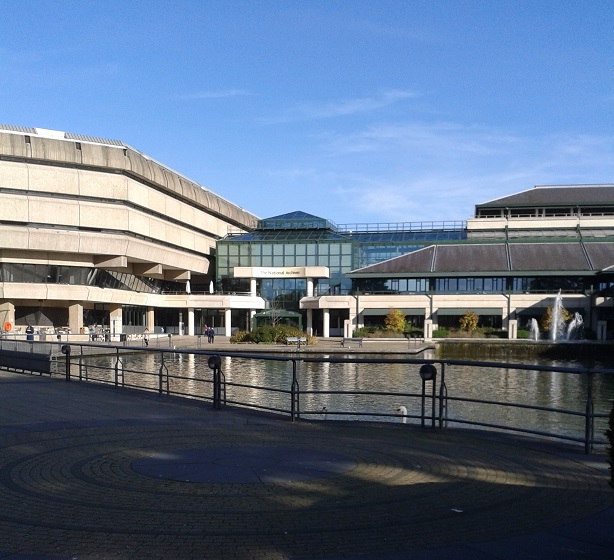 One of the documents I found at the British National Archive is about an encrypted letter the German chemicals group Bayer sent to a recipient in Columbia during World War 2. Here’s the German original of the letter: 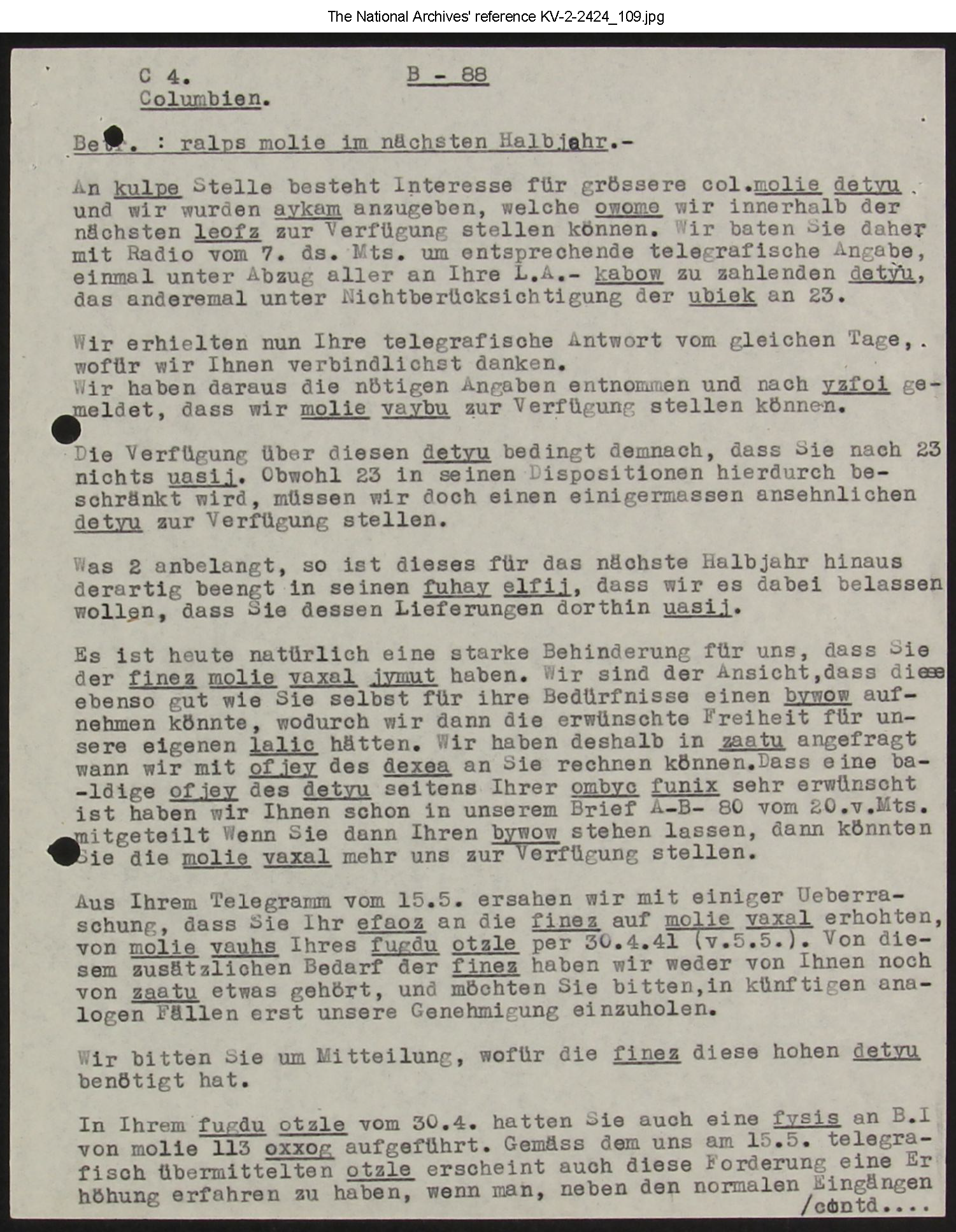 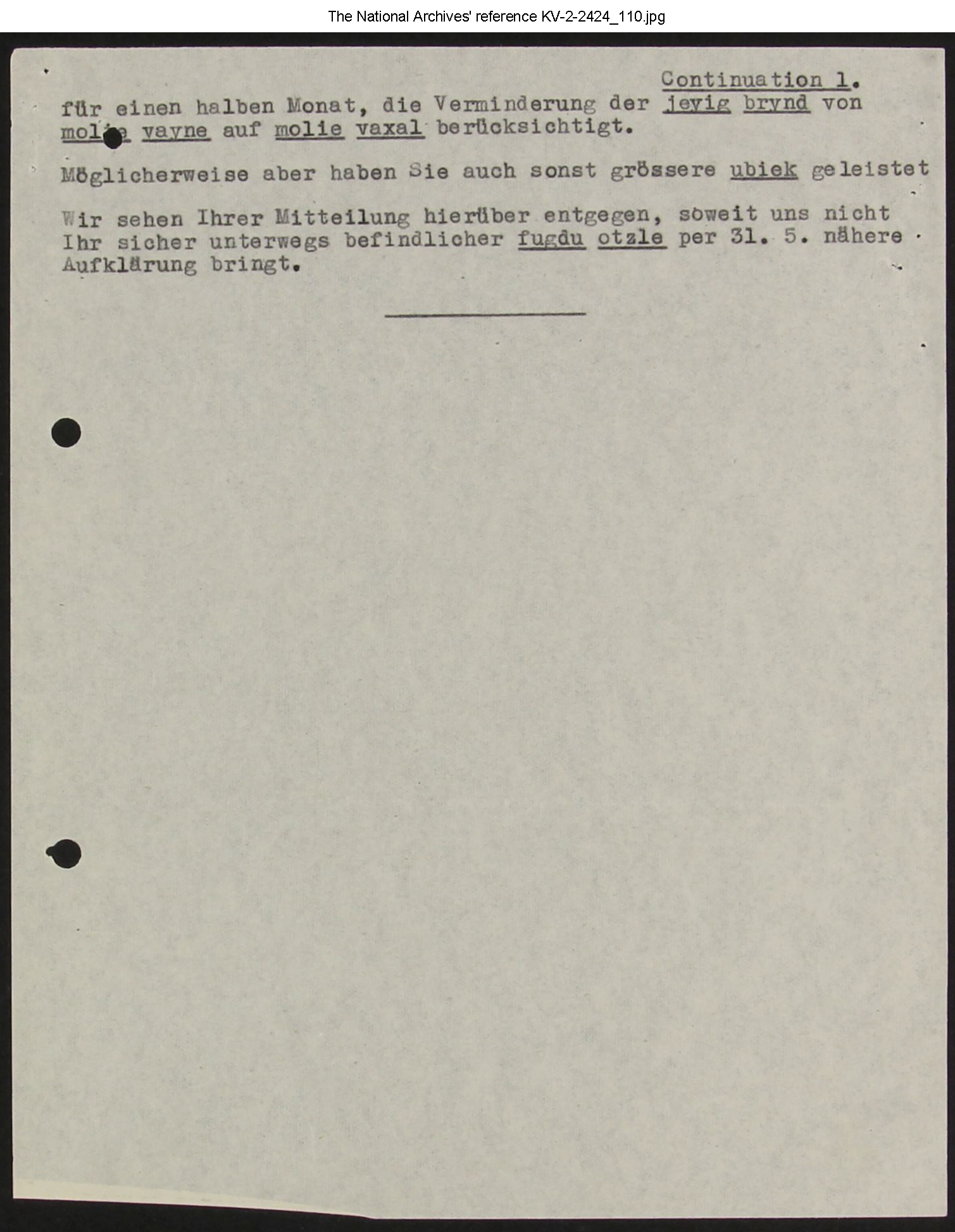 Here’s an English translation given in the British National Archive document (this translation contains the cleartext, which is disguised in the scan): 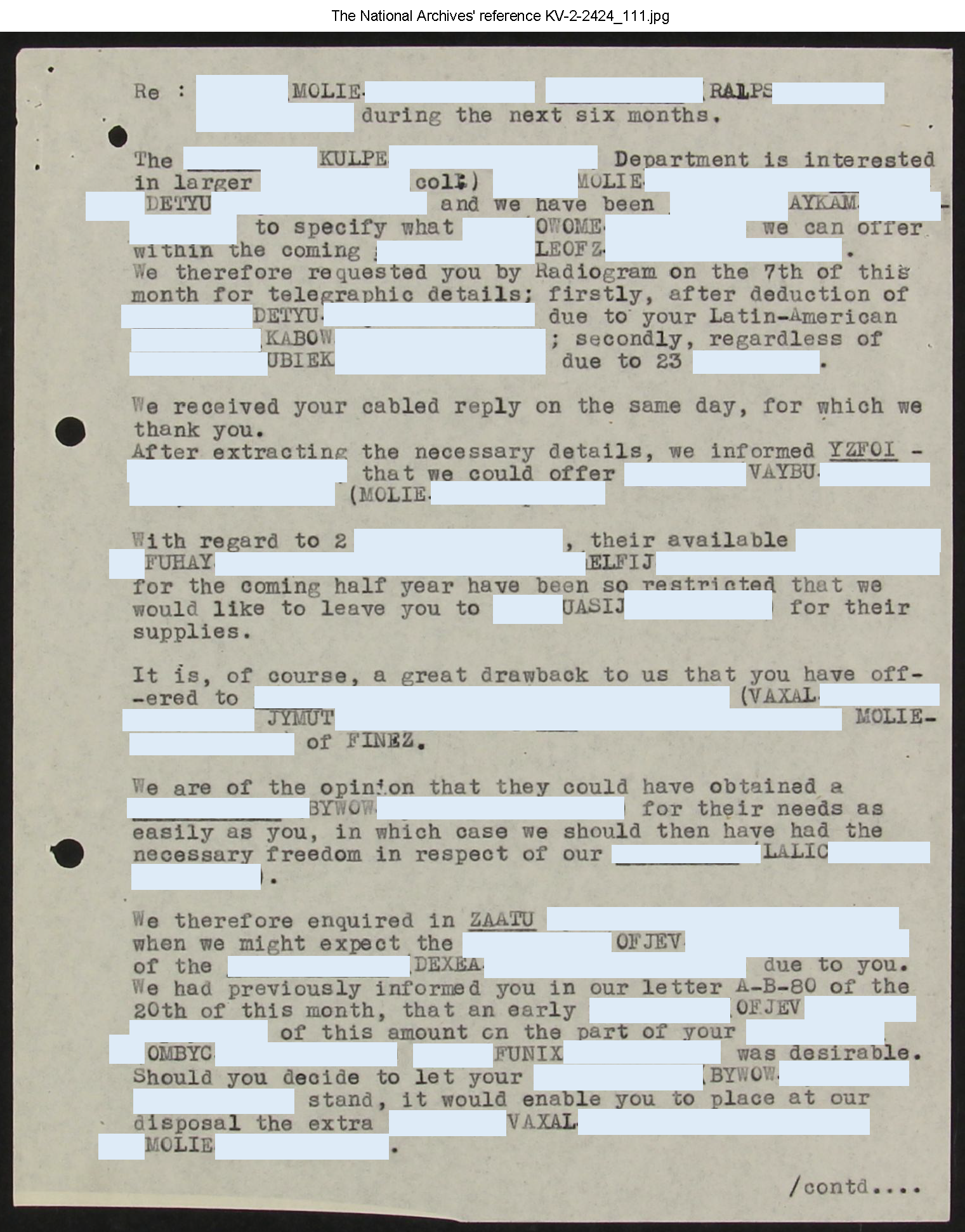 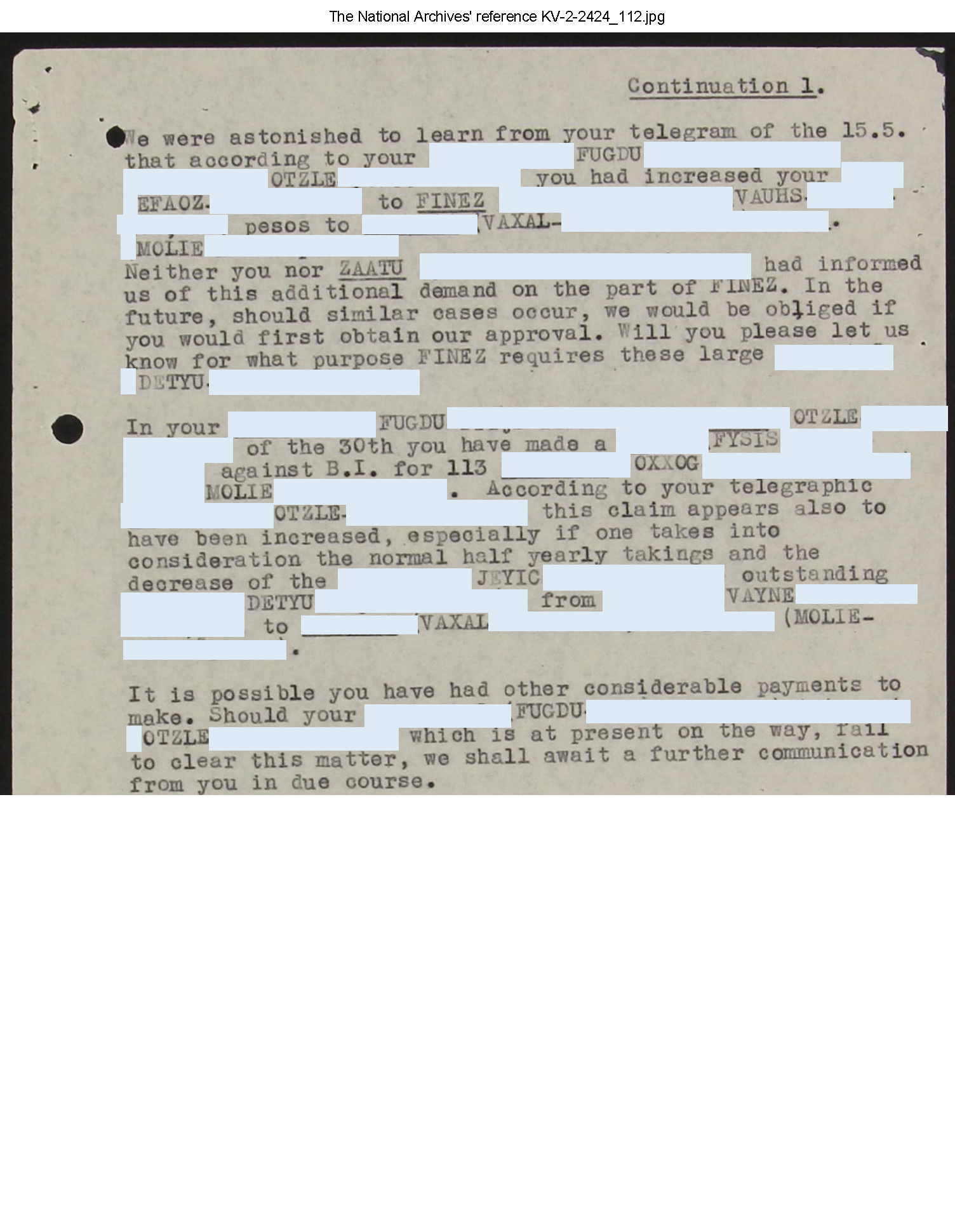 As can be seen, only the most important words in the text are encrypted. The rest was sent in the clear.

In World War 2 the Germans used about a dozen different cipher machines for encrypting their messages, the most important of which was the Enigma. However, it is clear that this letter sent by Bayer was not encrypted with the Enigma nor any other machine. This is not unusual, as mechanical and electrical cipher machines never plaid an important role in the communication of privately run companies – they were to expensive for this purpose. Cipher machine producers, like Gretag or Boris Hagelin’s Crypto AG, made almost all of their revenue with governmental customers.

As can be read in the British National Archive document, British codebreakers found out how the Bayer letter was encrypted, and they could decipher it. The encryption method used is based on the Rudolf Mosse code, a code that was in wide use at the time. The Rudolf Mosse code, which was available in a codebook, lists a short character sequence for each word and many phrases of the German language. 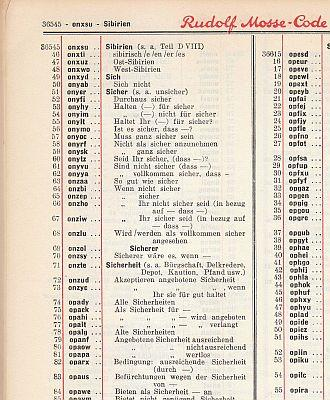 The main purpose of the Rudolf Mosse code was to shorten messages. This saved money, if a message was sent by telegram. While the Rudolf Mosse code is as good as unreadable if no codebook is available, it doesn’t provide much security against professional codebreakers. This was certainly known to Bayer. For this reason, Bayer used the code with two extensions. First, Bayer introduced a number of additional codewords for their products, departments and branches (e.g., ETANO stood for Rio de Jaineiro). Second, a slide was used. The slide for Columbia, which was used for this letter, was 111 places back in the code. There were other slides for other countries.

British codebreakers certainly knew the Rudolf Mosse code. When looking at code words like FINES, MOLIE or IYMUT they probably realised that a Rudolf Mosse codebook with some additions had been used. Their main task was to find out the slide. A skilled codebreaker probably didn’t have too many difficulties to find the solution.

Here’s the decrypted version of the letter (in English translation): 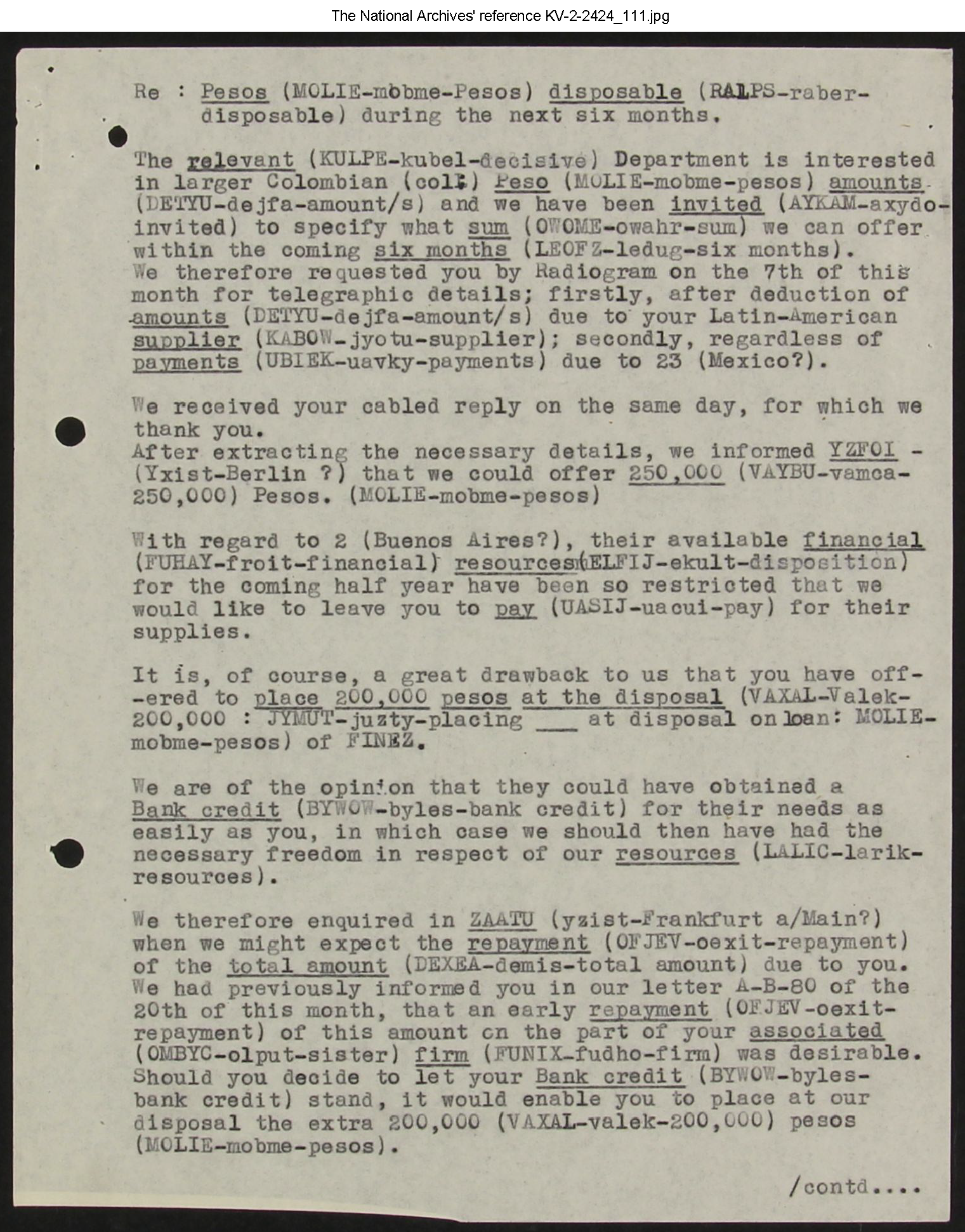 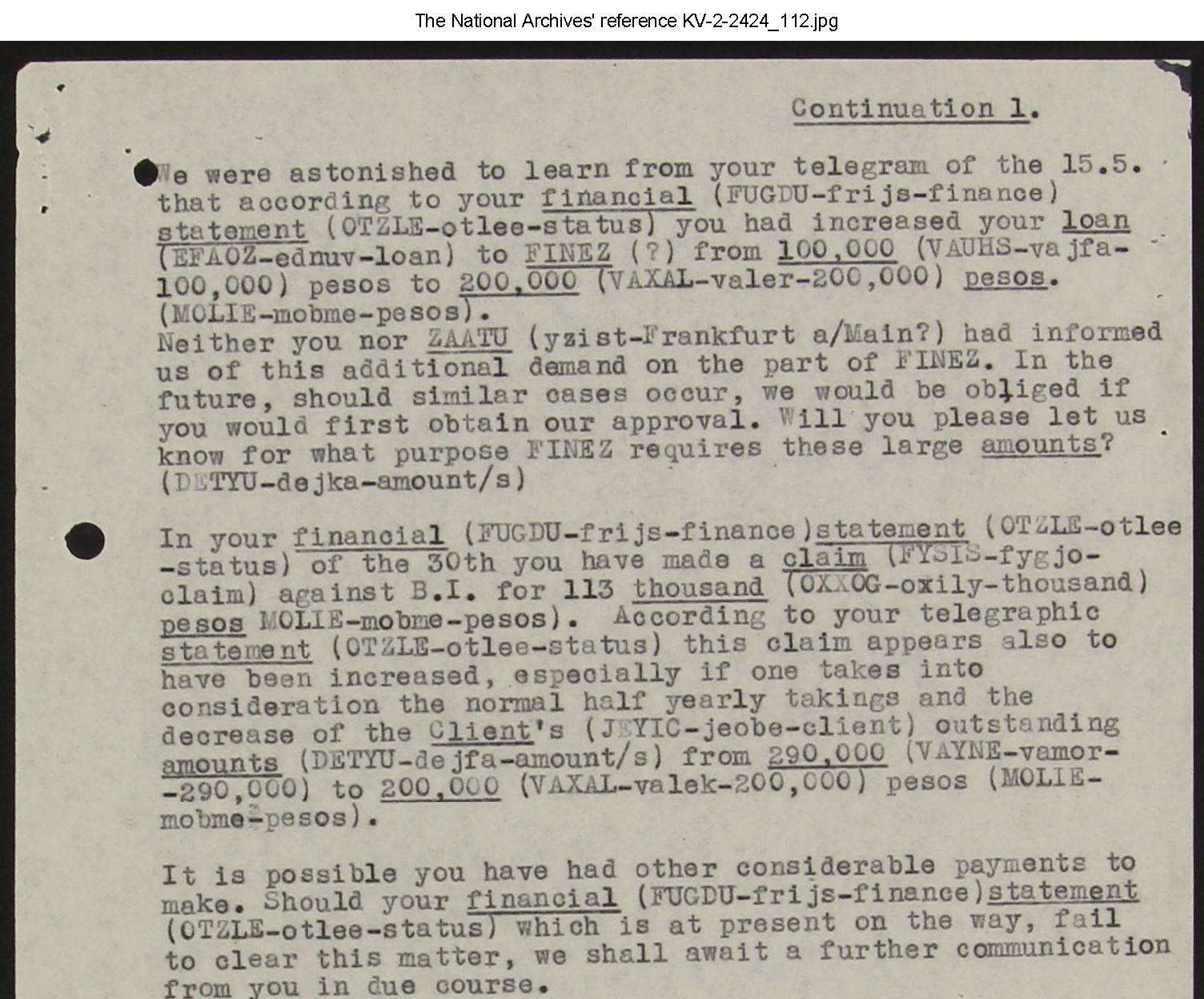