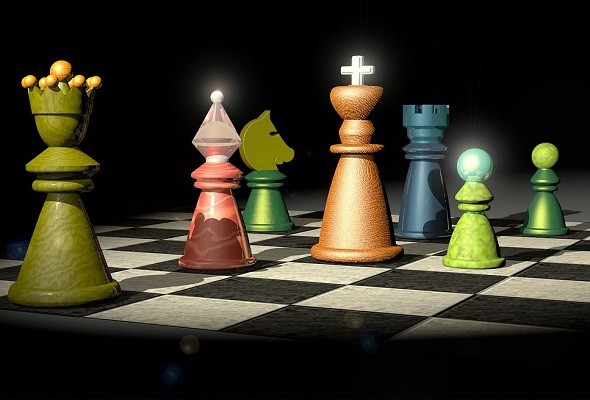 While in New York Carlsen and Karyakin are playing their final games, I am going to present three (alleged) secret codes related to chess.

There are many interesting contact points between chess and steganography. For instance, two weeks ago I reported on an alleged chess problem that was made by a female spy in World War 1 to transport a secret message. I don’t know if this story is true, but it’s at least very nice.

A world champion gets arrested

Another story about chess and steganography was brought to my attention by blog reader Etez. It is told in the book Positional Play by Charles Bright, a biography of the first chess world champion Wilhelm Steinitz. 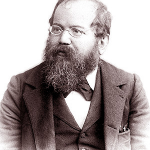 When in 1892 Steinitz, who stayed in New York, played a correspondence chess game via telegraph with his Russian opponent Mikhail Chigorin, the following happened (as reported by Steinitz, who was Jewish): “A Jew-hating postmaster, your Jew-hating police authorities, and the Governer himself believed that the coded messages of our match were secret codes for an impending invasion on American soil by a hostile revolutionary force. A terrorist attack.”

When Steinitz added the sentence “the mouse is in the trap” (referring to Chigorin’s king) to one of his moves, he even was arrested. It took a while, until the authorities realised that all the strange telegraphs referred to harmless chess moves.

Did an MI5 mole use chess steganography?

Another man, who was suspected to have used chess notation for steganographic purposes, was British intelligence officer Graham Mitchell (1905 – 1984). Mitchell worked for MI5, the British Security Service, between 1939 and 1963. In 1963 the MI5 director authorised the secret investigation of Mitchell following suspicions that he was a Soviet agent. This investigation proved negative.

Mitchell also was an International Master of correspondence chess. According to a BBC blog post, there is one game he played in 1950 against Austrian Leopold Watzl that is suspected of containing a hidden code. Here it is:

According to the blog post, the code has never been found. Can a reader find it? Honestly, I don’t believe this code exists. Mitchell’s correspondence game was followed by his chess fellows and stored in chess archives – Mitchell certainly knew that it was a bad idea to communicate with a contact person in this way. In addition, other means of secret communication were easily available.

Tony Gaffney, a reader of this blog, is an excellent chess player. Tony lives in London, so he had the chance to watch the 1986 World Chess Championship between Anatoly Karpov and Garry Kasparov, the first half of which took place in the Park Lane Hotel next to the Green Park in London. The following painting is based on a photo of Tony giving a simultaneous exhibition in Green Park during this event: 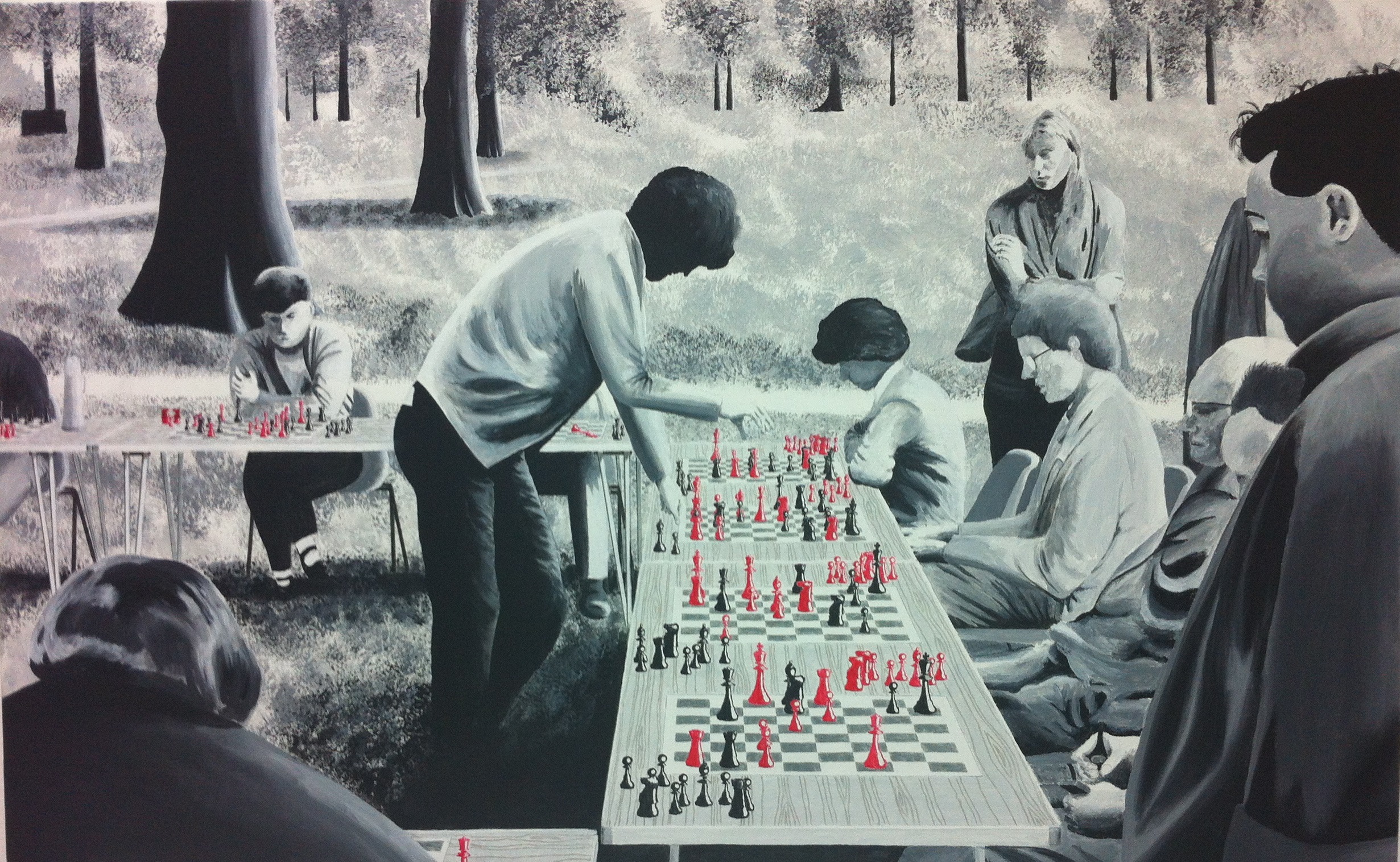 Tony included a cipher in the picture. In an email to me he wrote: “If you wish to post it, I wonder how quickly your readers will solve it.” Can you find the solution?