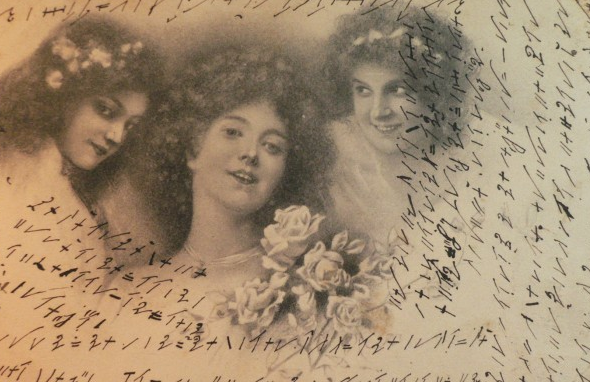 In 1905 a woman named Elena Moga received an encrypted postcard. Can a reader break this cryptogram?

Writing about crypto history often implies occupying oneself with geography. This was again the case, when I found the following encrypted postcard on a Romanian secondhand portal: 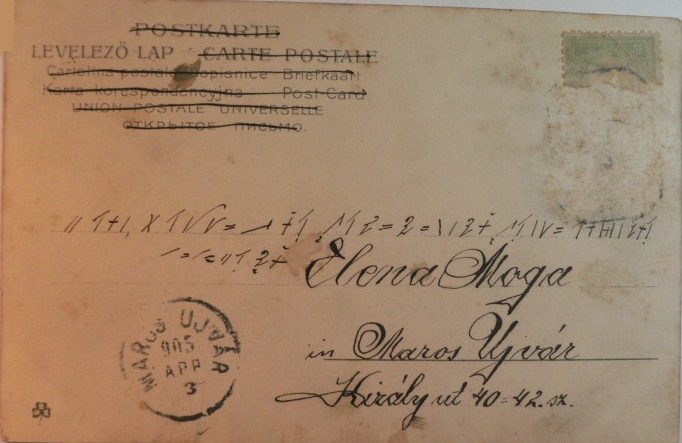 The receiver of this card was a woman named Elena Moga. The sender isn’t mentioned in the clear. However, based on my experience with encrypted postcards, I’m pretty sure that the card was written by Elena’s lover. The postmark on the stamp isn’t visible any more. As the expressions POSTKARTE (German) and CARTE POSTALE (Romanian) are crossed out, while the word LEVELEZÖ LAP (Hungarian) is not, I assume that the card was sent from a place in Hungary.

The receiver, Elena Moga, lived in Maros Ujvár, a town in Transylvania (Siebenbürgen). Transylvania, which is mainly known for being the home of count Dracula, today lies in Romania. Before World War 1918 it was Hungarian. The Romanian name of Maros Uyvár, which is mainly used today, is Ocna Mures.

Acording to the stamp, the card arrived in Maros Ujvár on April 3, 1905.

While there are two encrypted lines on the address side of the postcard, the main part of the encrypted message is noted on the picture side: 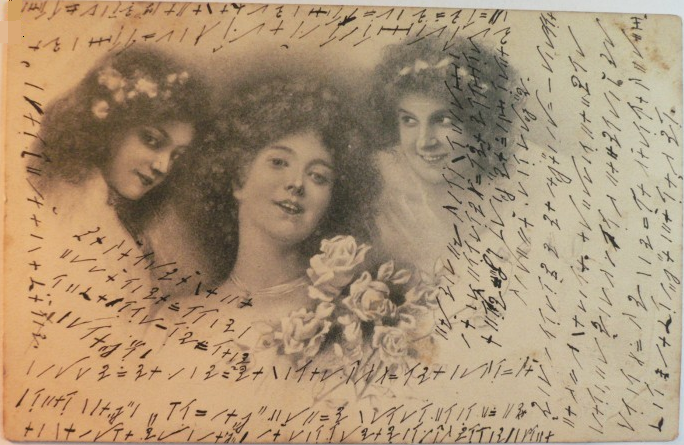 Of course, it would be interesing to know, in which language the cleartext is written. The main languages in Transylvania were Hungarian and Romanian. Is “Moga” a Hungarian surname or is it Romanian? I’m not sure. The card could also be written in German, as there were many Germans living in Transylvania.

The encryption method is probably a letter substitution. Can a reader solve it?
Follow @KlausSchmeh
Linkedin: https://www.linkedin.com/groups/13501820
Facebook: https://www.facebook.com/groups/763282653806483/