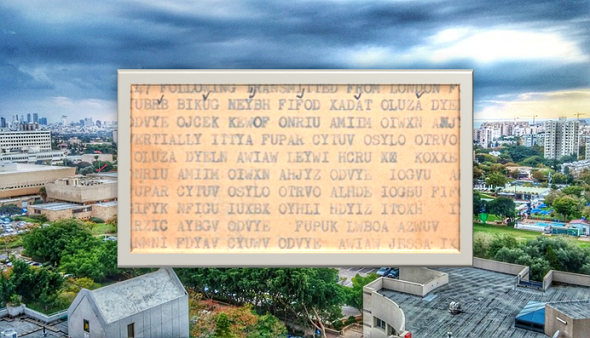 In 1948 an encrypted telegram was sent  from New York to Tel Aviv, Israel. Can a reader break this encryption?

Blog reader Dr. Karsten Hansky has provided me a very interesting document he has recently aquired. It is an encrypted telegram that was sent from New York via London to Tel Aviv on June 5, 1948.

The recipient mentioned on the telegram form is GOVTT MEMISRAEL TEL AVIV, which probably stands for the government of Israel. Considering that the state of Israel was proclaimed on May 14, 1948, in Tel Aviv, this telegram was sent in an interesting time to an interesting place. It is well possible that the content of this encrypted message refers to the Arab-Israeli War, which was going on at the time (the Palestine Civil War, which had started in 1947, transformed into the Arab-Israeli War with the Israeli declaration of independence).

The telegram is noted on two forms (Karsten and I both think that these two forms belong together, but there’s still the possibility that we are dealing with two different documents). Here’s the first part: 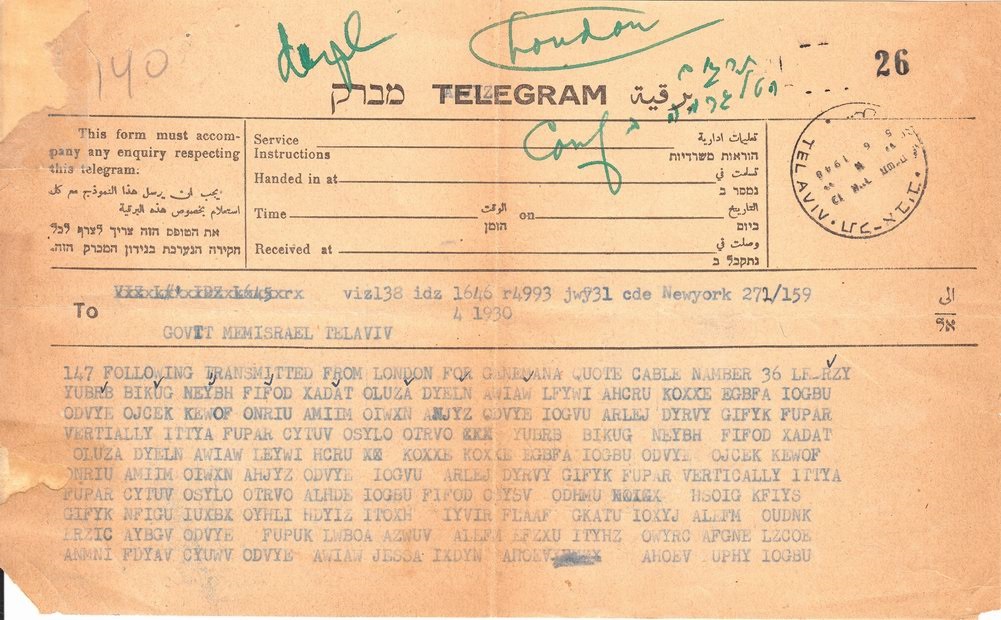 The ciphertext contains two cleartext words: VERTIALLY and VERTICALLY (the first one probably being misspelled). In the first line the word GANEMANA appears. I wonder what this means.

According  to the vendor of the telegram, the green writing means “London – Telegram translation in a conference”. 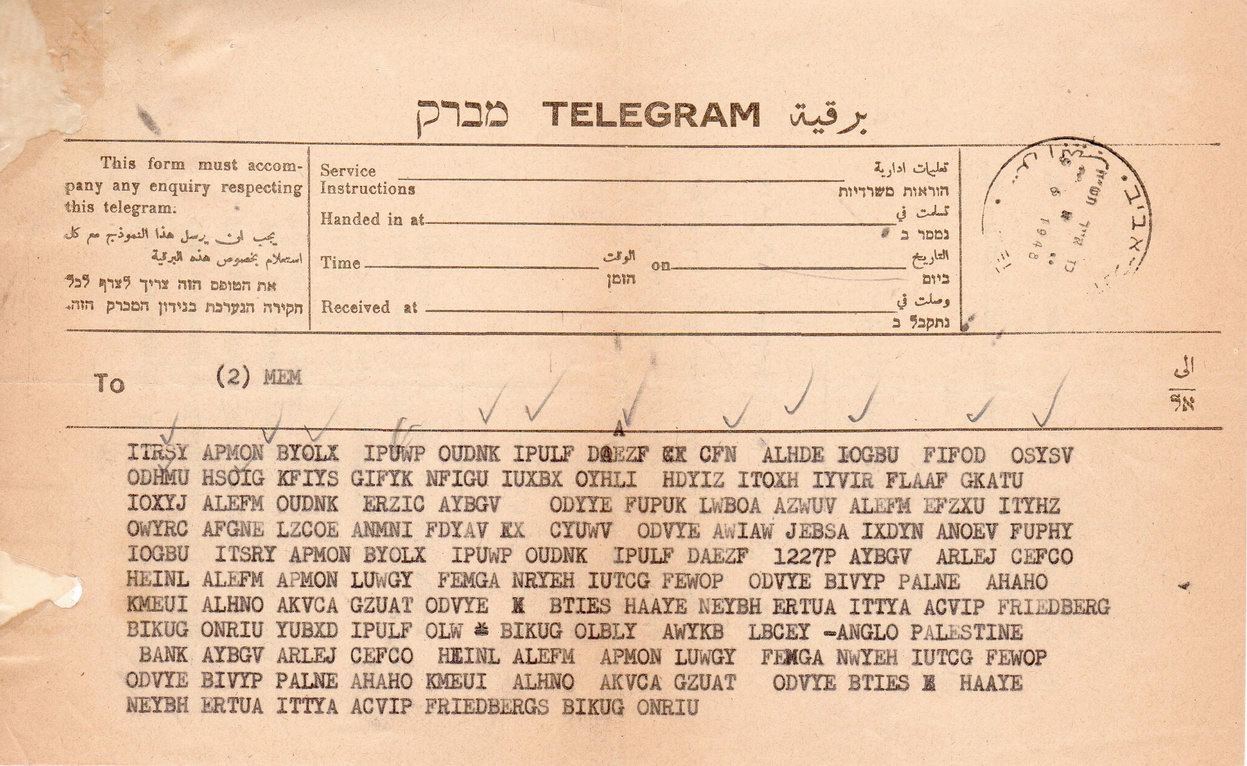 This second part contains a few cleartext words, too: FRIEDBERG, BANK, ANGLO, PALESTINE, FRIEDBERGS. Friedberg might refer to the town of Friedberg near Frankfurt, Germany. On the other hand, Friedberg is a German surname.

Encrypted with a codebook?

This telegram was probably encrypted with a codebook. The easiest (and maybe even the only) way to decipher it is to find the codebook that was used. Karsten Hansky has already checked a few codebooks:

None of these codebooks proved to be the right one.

Thanks to Karsten for providing me this interesting cryptogram. Can a reader solve it or say something about the historical background? Comments are very welcome.
Follow @KlausSchmeh