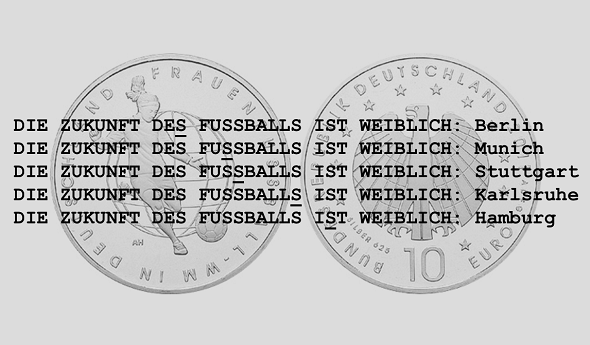 A German memorial coin minted in 2011 bears a hidden code. Maybe my readers can help me to find out more about it.

Did you know that there is a hidden message on the following coin (it’s a Canadian nickel from the 1940s): 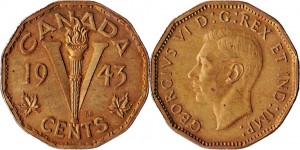 Here’s a later version of the same coin (with the same hidden message): 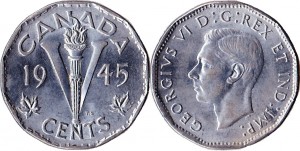 I will give the solution at the end of this post.

The mint code on German coins

The secret message on the Canadian nickel is known to many crypto enthusiasts. For instance, it was covered in a Cryptologia article in the 1970s. This code would have fit well in my new book Versteckte Botschaften (2nd edition), which is going to be published soon, but I had to omit it due lack of space.

Earlier this week I received an email from blog reader Matthias Axinger, who told me about another steganographical code on coins. I had never heard of it before.

As some readers will know, coins minted in Germany (both Marks and Euros) bear a small letter that indicates the city where they were produced (there are traditionally five cities in Germany where coins are minted):

For instance, the following coin was made in Munich, as the “D” indicates:

As I learned recently, there are German memorial coins that bear the letter indicating the production place on the edge, written in Morse code. This is explained here (for copyright reasons I can’t show this picture in this article).

I wouldn’t call the letters on the coin edge a secret code, as the Morse signs are clearly visible and the Morse code is well-known. To be honest, I don’t know why the creators of this coin have chosen to use the Morse code for this purpose.

An article Matthias Axinger mentioned in his mail describes another code that is used on the edge of a German memorial coin. The coin in question was minted on the occasion of the women’s soccer world cup that took place in Germany in 2011:

On the edge of the coin the following sentence is written: DIE ZUKUNFT DES FUSSBALLS IST WEIBLICH (“The future of soccer is female”). According to the article, the minting place is indicated by a small bar that marks an “S” in the inscription:

In this case it is clearly justified to say that the code is secret. The bar that is used for marking a letter is hardly visible.

According to the article referenced above, in this case it is known why this code was applied. Apparently, the five mints in Germany usually produce different numbers of copies of a certain coin. As rare objects tend to have a higher value than frequent ones, the price of a memorial mint often depends on the place where it was produced – a situation the German Federal Bank wants to avoid.

On the other hand, for reasons of quality control it should be detectable where a certain coin was produced. As it seems, the German Federal Bank tried to solve this dilemma with the steganographic code described above.

So far, as good as nothing has been published about German coin steganography in the crypto literature. Therefore, if a reader knows more about this technology I would be very interested to learn. Especially, it would be interesting to know whether the letter marking trick used by the German Federal Bank really works (i.e., if the soccer coins minted in different cities have the same value, as desired).