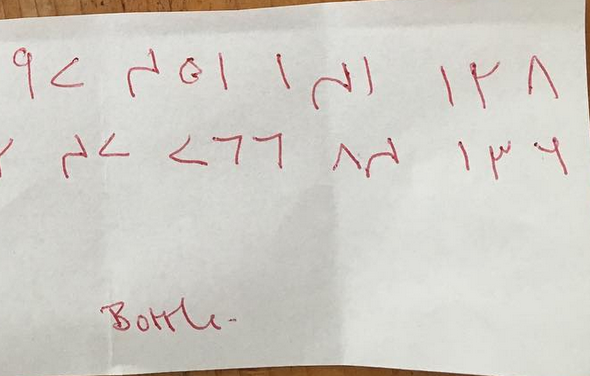 Kate Ebutt from England has found an encrypted bottle post in the river Don in Sheffield. Can a reader solve it?

James Simpson has posted an interesting comment in the Facebook group Codes & Classical Ciphers. He has come across an encrypted message on Instagram. This message was found by a woman named Kate Ebutt (katewhatiscalledkate) in a sealed jar weighed down the river Don in Sheffield, UK. Of course, I can’t guarantee that this story is true. However, if it is, we deal here with a kind of encryptd bottle post. I have blogged about encrypted bottle posts a few times before. This one is probably not related to one of the others. 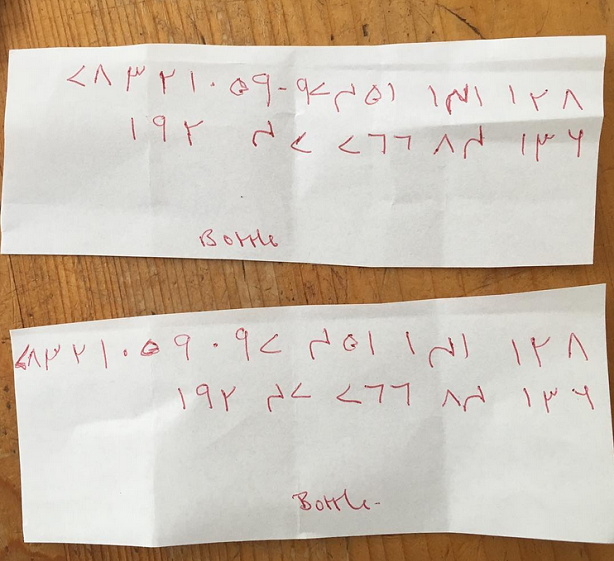 As can be seen, the bottle post consists of two sheets, each containing a two line message. At the bottom the word “Bottle” is written. Both sheets were folded. Kate Ebutt didn’t provide a photograph of the jar the message was contained in.

At first view, the encryption used could be a MASC (mono-alphabetic substitution cipher). However, the letter resembling an “I” seems to appear a little too frequent.

I don’t think the script is a short hand, as the letters are not suitable for fluent writing.

If you have a better idea on what this bottle post might be about or if you can solve the encryption, please let me know.
Follow @KlausSchmeh