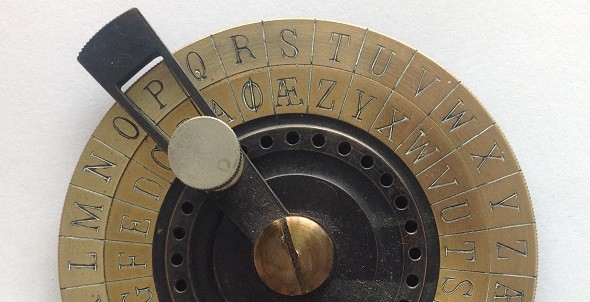 A few days ago I blogged about an unknown cipher disk from Pleidelsheim, Germany. Now a reader has sent me pictures of a very similar device. It stems from Norway.

My blog entry from last Sunday was about a cipher disk from the collection of my Dutch friends Paul Reuvers and Marc Simons. The two describe this device on their CryptoMuseum page. A similar disk is displayed on a photo available on Wikimedia Commons. Both disks were produced by a company named Linge in Pleidelsheim, Germany. The production time is unknown. My guess is that it was fabricated between 1920 and 1960.

Earlier this week I received a mail from a reader, who wants to stay anonymous. He sent me a few pictures of a cipher disk he owns. It looks very similar to the one from Linge: 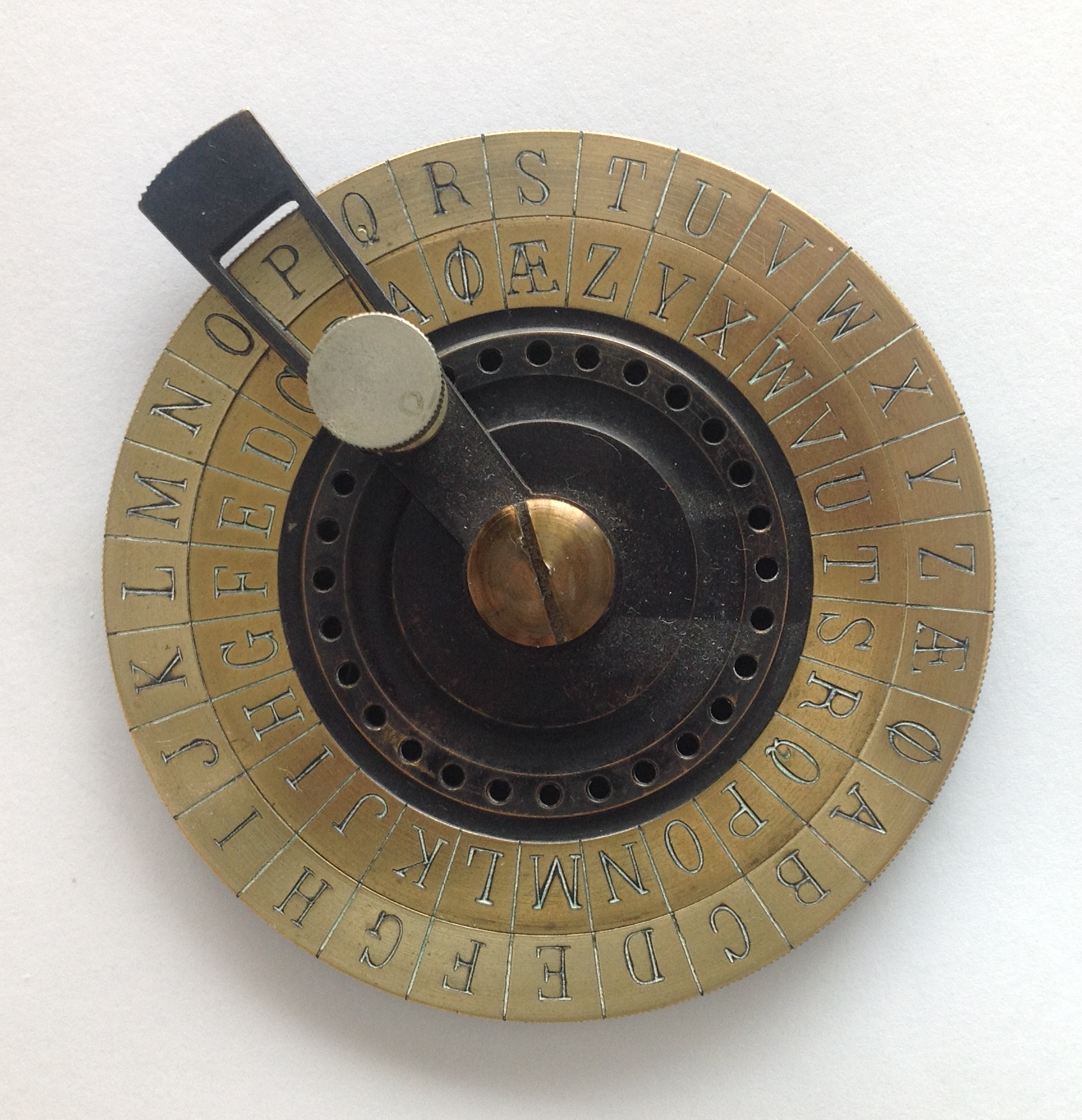 However, this disk uses a Norwegian alphabet. On the rear-side it can be seen that the disk was produced in Norway: 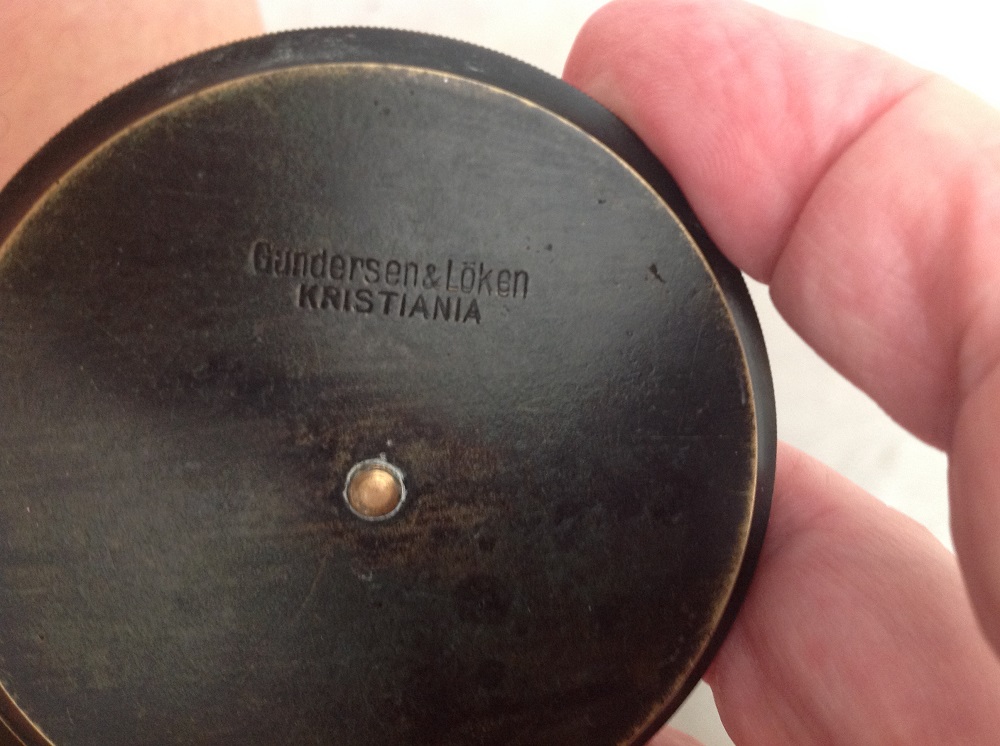 “Kristiania” used to be the name of Norwegian capital Oslo between 1877 and 1924. If my age estimate (between 1920 and 1960) is correct, this means that this disk was produced in the early 1920s. This was a time when many new cipher machines and devices were developped – e.g., the Enigma, the Kryha machine, and the Damm machines, just to name a few. Many of these designs were either insecure or impractical or both. Most of them never made it to serial production. It is well possible that the Linge disk was one of these new but cryptographically weak developments which had no success on the market.

The company Gundersen & Löken apparently still exists today. I will write them a mail and ask if they have any information about this device.

Here are the three disks on one picture (the CryptoMuseum Linge disk, the Wikimedia Linge disk, and the Gundersen & Löken disk).

One important question is, why the same model was produced in both Germany and Norway. Was the one disk a license production of the other? For whom were these disks made? When exactly were they fabricated?