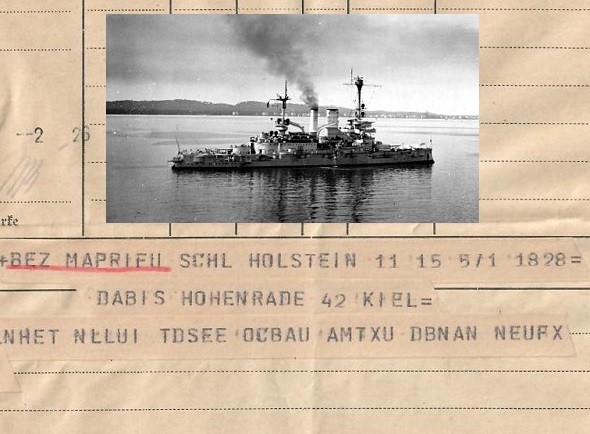 An encrypted message from 1939, sent from the German battleship Schleswig-Holstein to an address in Kiel, Germany, waits to be solved. Can a reader help?

The Schleswig-Holstein, a German battleship, fired the first shots of World War II when she bombarded Danzig in the early morning hours of September 1st, 1939. 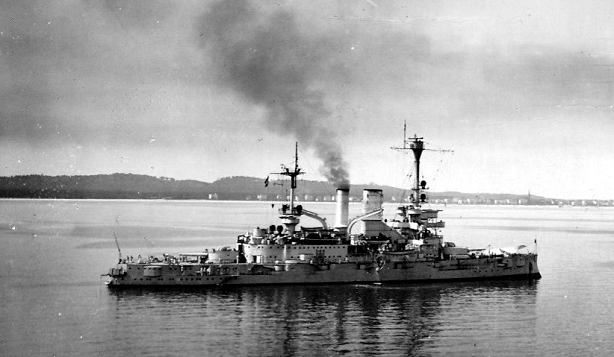 My friend Tobias Schrödel, who is known, among other things, as a comedy hacker, book author, and crypto book expert, owns a very interesting document: an encrypted teleprinter message that was sent from the Schleswig-Holstein to a household in Kiel, Germany, in 1939. Here it is: 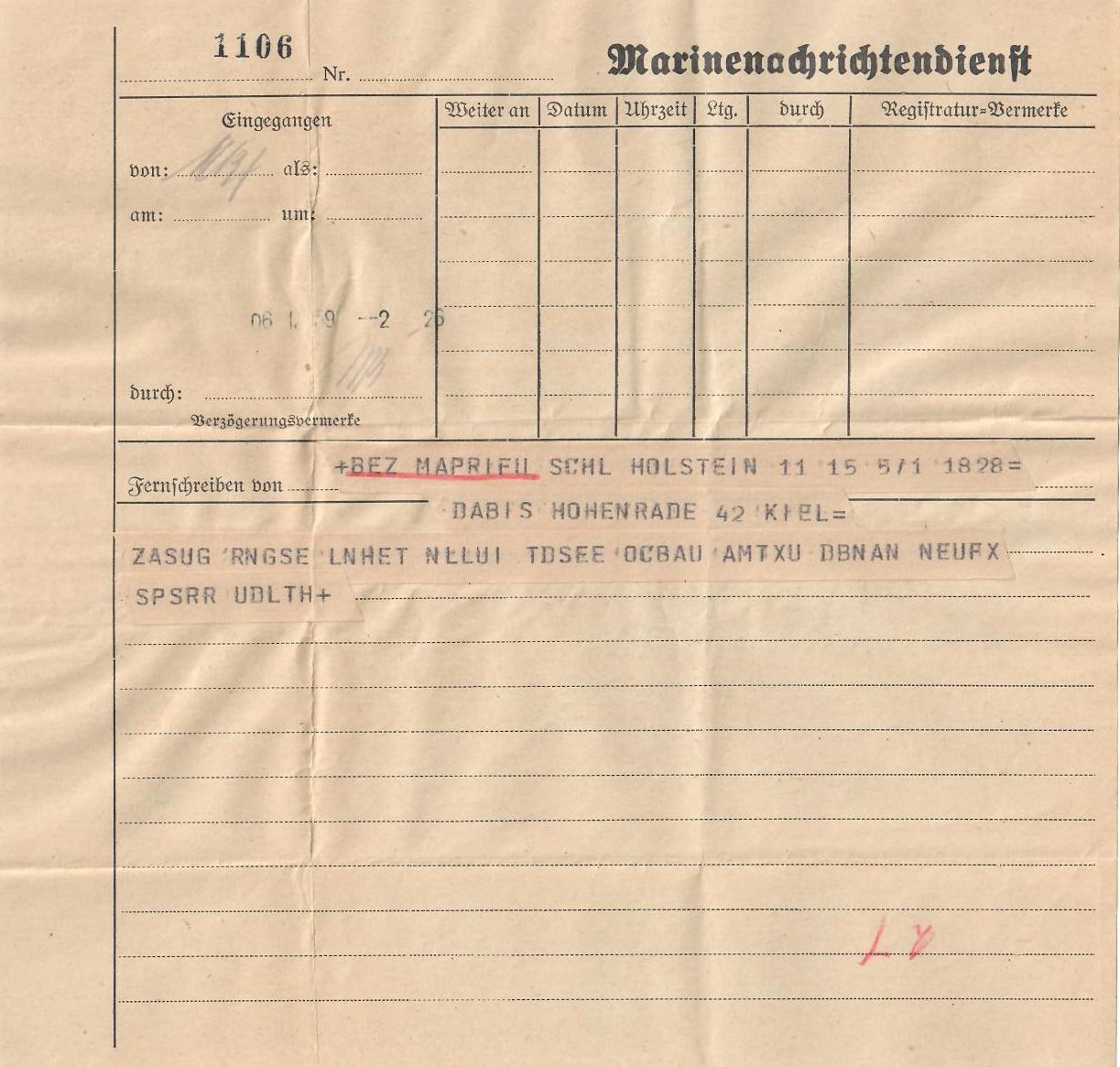 This message, which I will call “Schleswig-Holstein cryptogram”, was contained in the following envelope: 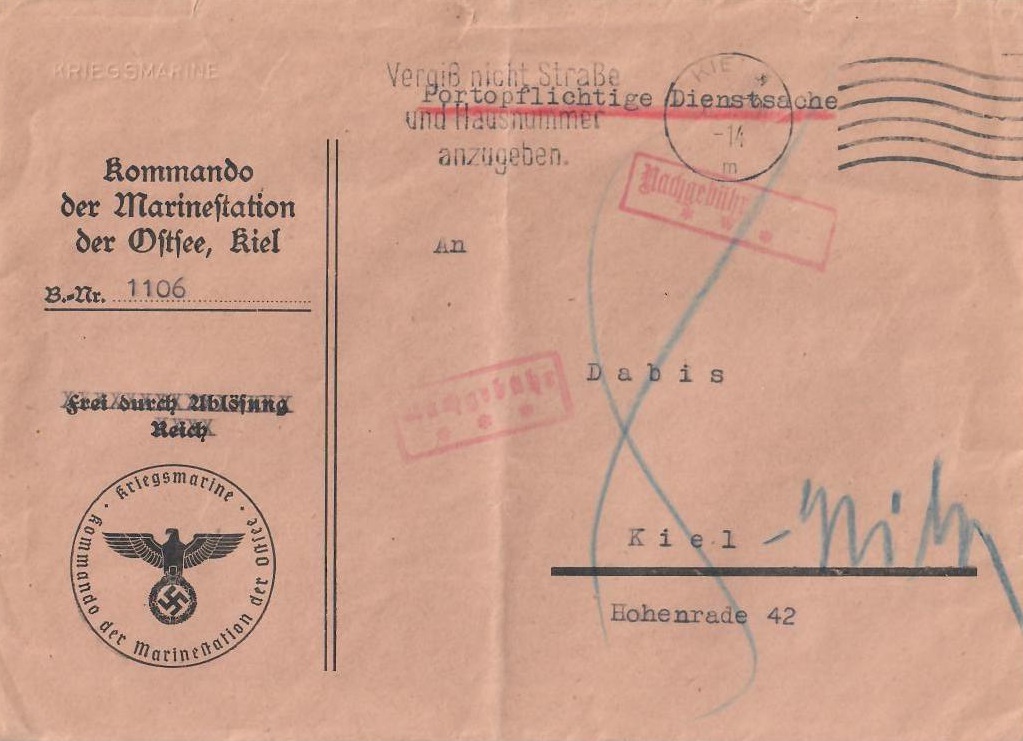 The recipient of this mail was a person or family named Dabis in Kiel, Germany. The surname Dabis is quite rare in Germany, but it exists in the Kiel area. The letter was stamped on January 6th, 1939, in Kiel. On the rear side of the envelope a shopping list is noted (I’m quite sure it was written by the receiver): 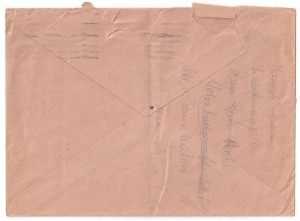 When Tobias purchased this envelope, it contained a second document (a telegraph): 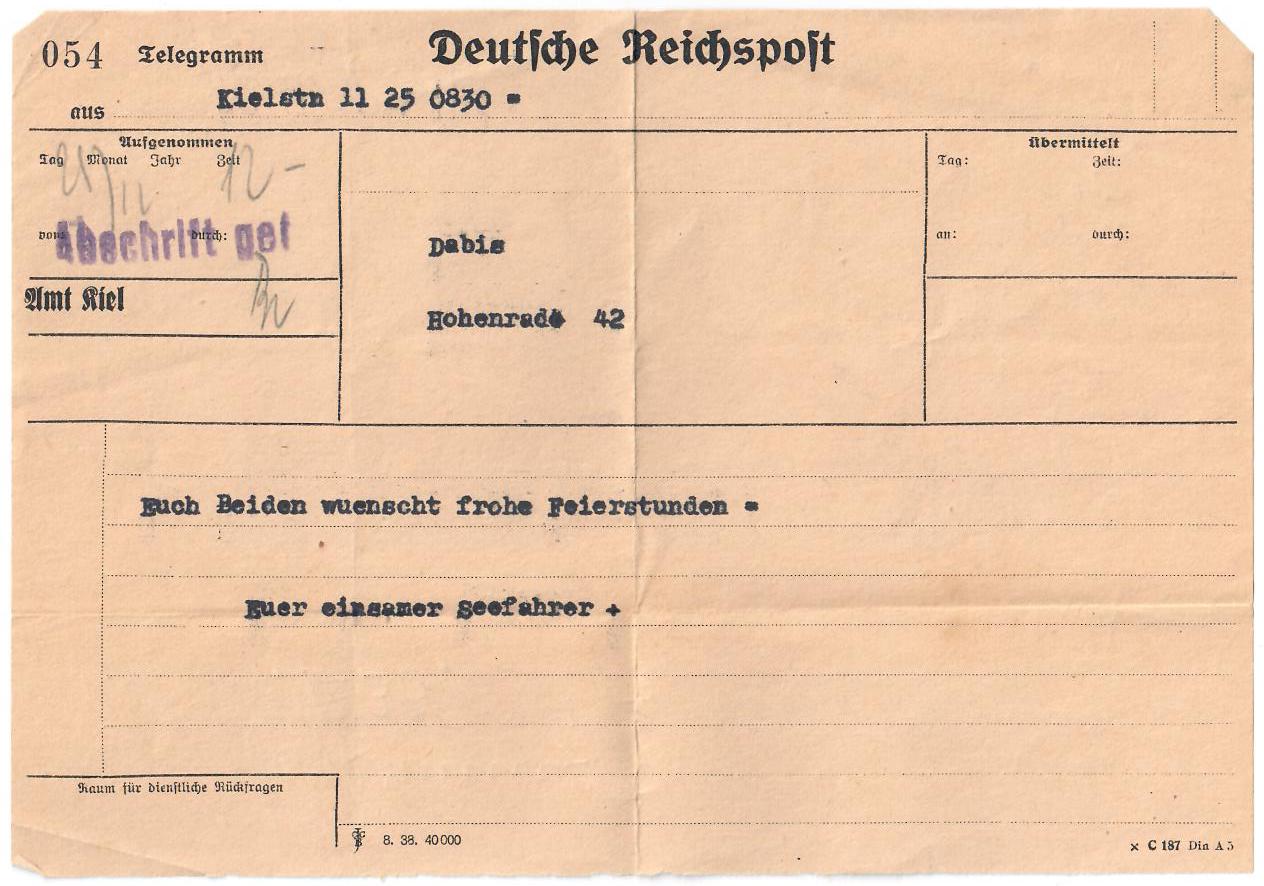 This sheet, which is not encrypted, is addressed to the same person (Dabis) and dated 24.12.1938. The text is a Christmas greeting from a “lonesome seaman”. It is quite likely that the envelope originally only contained one of the two sheets and that the other one was put there for storage.

How to solve it?

Here’s a transcription of the Schleswig-Holstein cryptogram:

According to George Lasry, who is known to many readers of this blog, it is probably not a teleprinter cipher and not an Enigma.

If neither a teletype cipher machine (like the Siemens & Halske Geheimschreiber or the Lorenz machine) nor an Enigma was used, a codebook is certainly an option. In addition, many manual ciphers were in use in the German navy. Having some background knowledge about the cipher technology used on the Schleswig-Holstein would be very helpful.

Can a reader say more about this cryptogram and its background? Tobias and I would be very interested.
Follow @KlausSchmeh