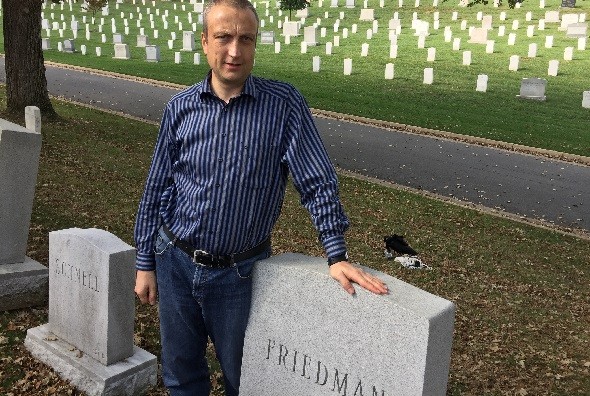 With the Bacon cipher the word CRYPTOLOG is encoded as follows: “This is an ordinary Text containing a hidden message!”

Elonka found Elizebeth Friedman’s Bacon message in the words KNOWLEDGE IS POWER. Some of the letters spelling out this sentence have serifs, some do not (e.g., look at the capital E’s). If we write each letter that is with serif in italic bold letters, we get the following:

This encodes the following three letters: WFF. These are the initials of William Frederick Friedman. A brief message, to be sure, but it is a nice dalliance and very typical for the Friedmans.

You want to watch and listen to Elonka explaining the message she has found? Here she is on a video I made at the grave: