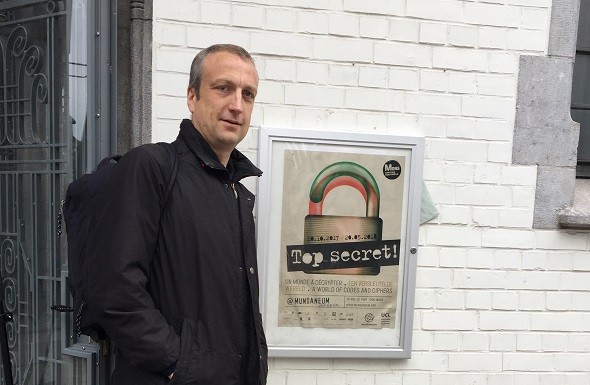 Yesterday I visited the exhibition “Top Secret!” in Mons, Belgium, together with a few friends and blog readers. Apart from many fascinating exhibits, three interesting photographs of rare cipher machines caught my attention. Can my readers say something about the background of these devices?

Yesterday I spent a very interesting day in Mons, Belgium, at the “Top Secret!” exhibition. After I had published a blog post about my planned trip to this place earlier this week, a number of friends and blog readers joined me – namely Karl and Elisabeth de Leeuw, Carsten Haucke, and Norbert Biermann. Renowned Belgian cryptographer Jean-Jacques Quisquater, who is the curator of this exhibition, gave us a tour through the exhibits. 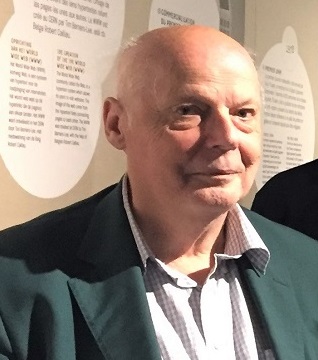 Among other things, Jean-Jacques showed us an Enigma (the beige cover indicates that this specimen was probably used in the desert of Northern Africa) … 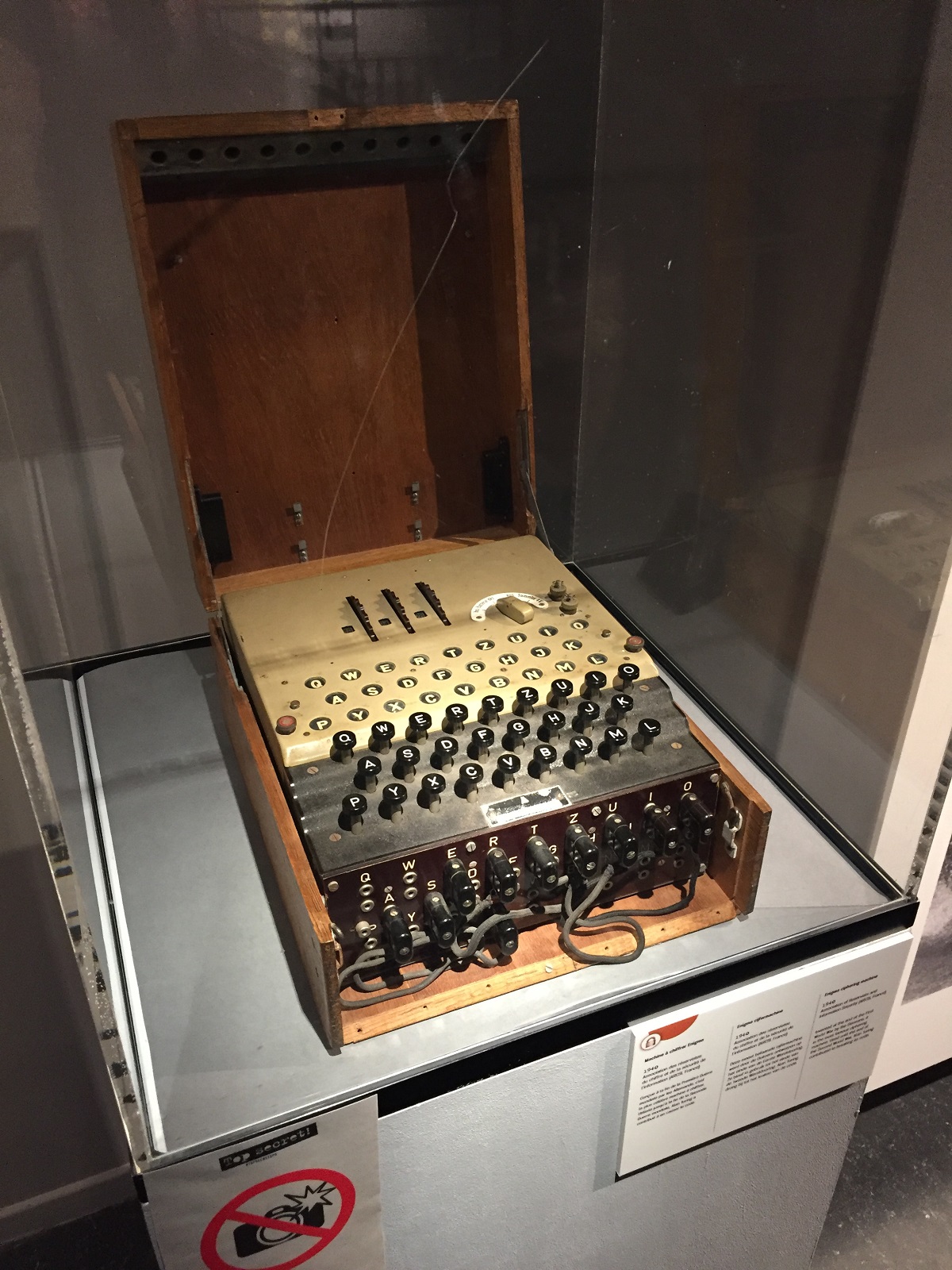 … and this very rare Hagelin B-21 cipher machine: 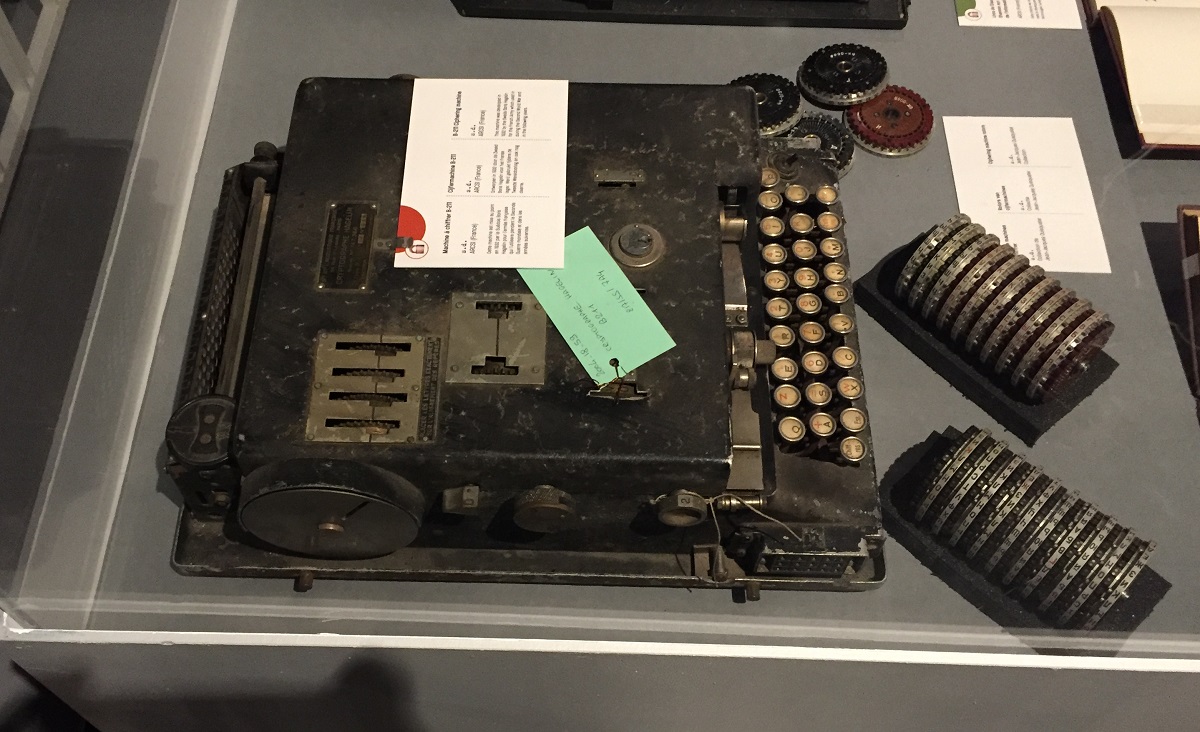 In addition to machines and other items, the exhibition featured many written explanations and photographs. I found three of these photos especially interesting. First of all, the following picture (courtesy of CEGESOMA) caught my attention: 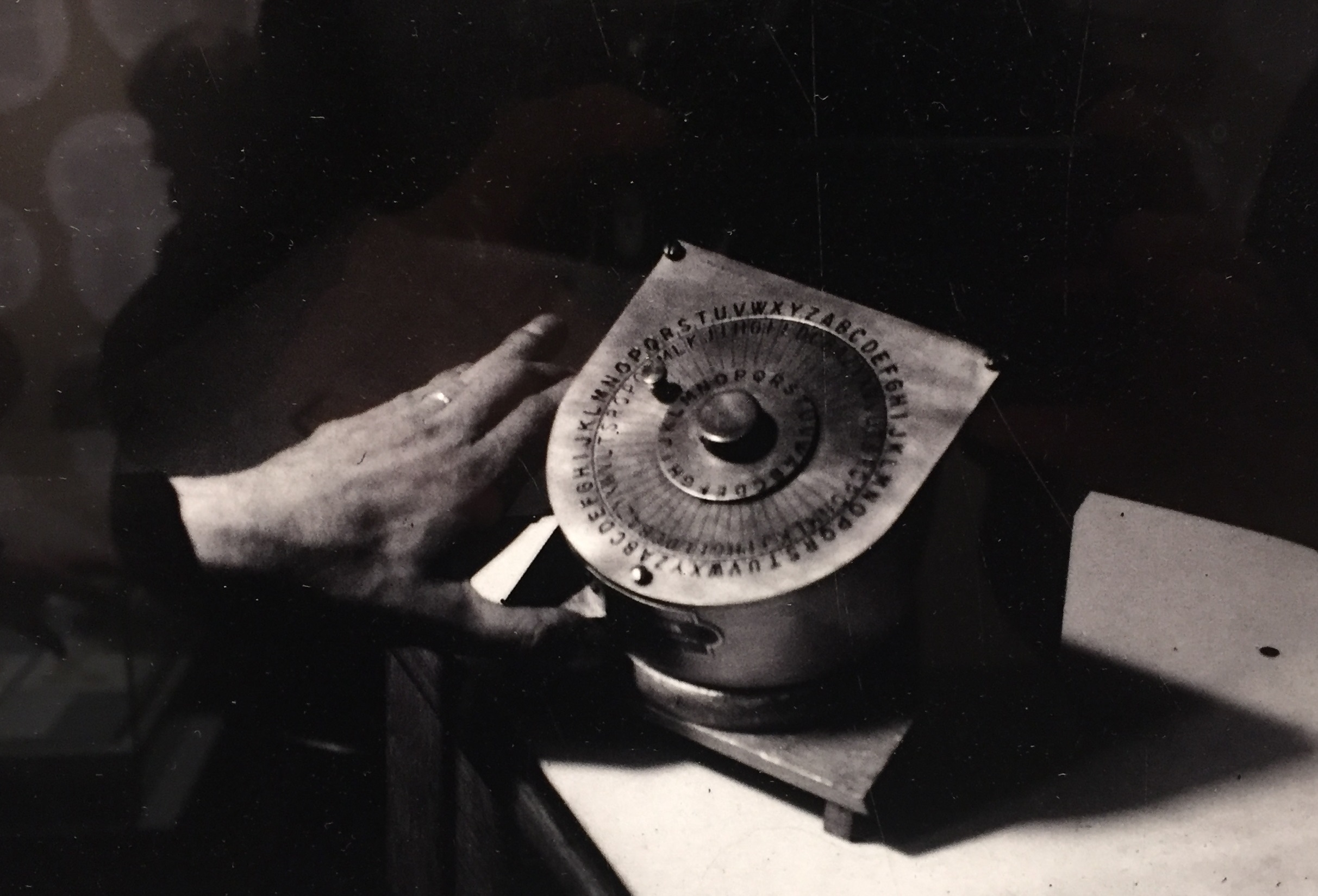 The caption says: “Ciphering a telegram by the Havas press agency in Paris” (1920-1939). I have never seen this cipher device before (it resembles the one I introduced last week). Does a reader know more about it? 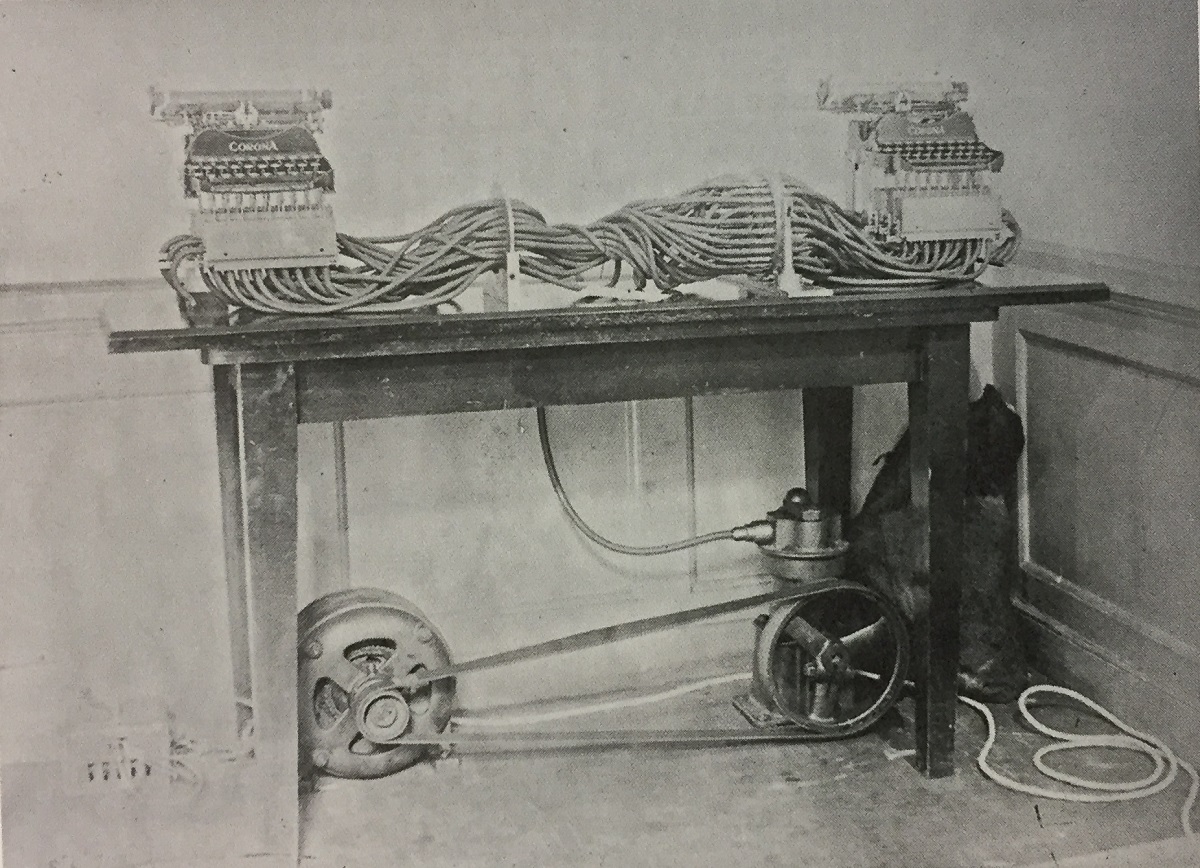 This is probably an early cipher machine that connects the keys of one typewriter with the types of another, thus implementing a simple substitution cipher. The first devices of this type were built in the early 20th century. This picture might have been taken around 1910. The caption “Device allowing its user to write in Morse code” is, in my view, not correct. Can a reader say more? 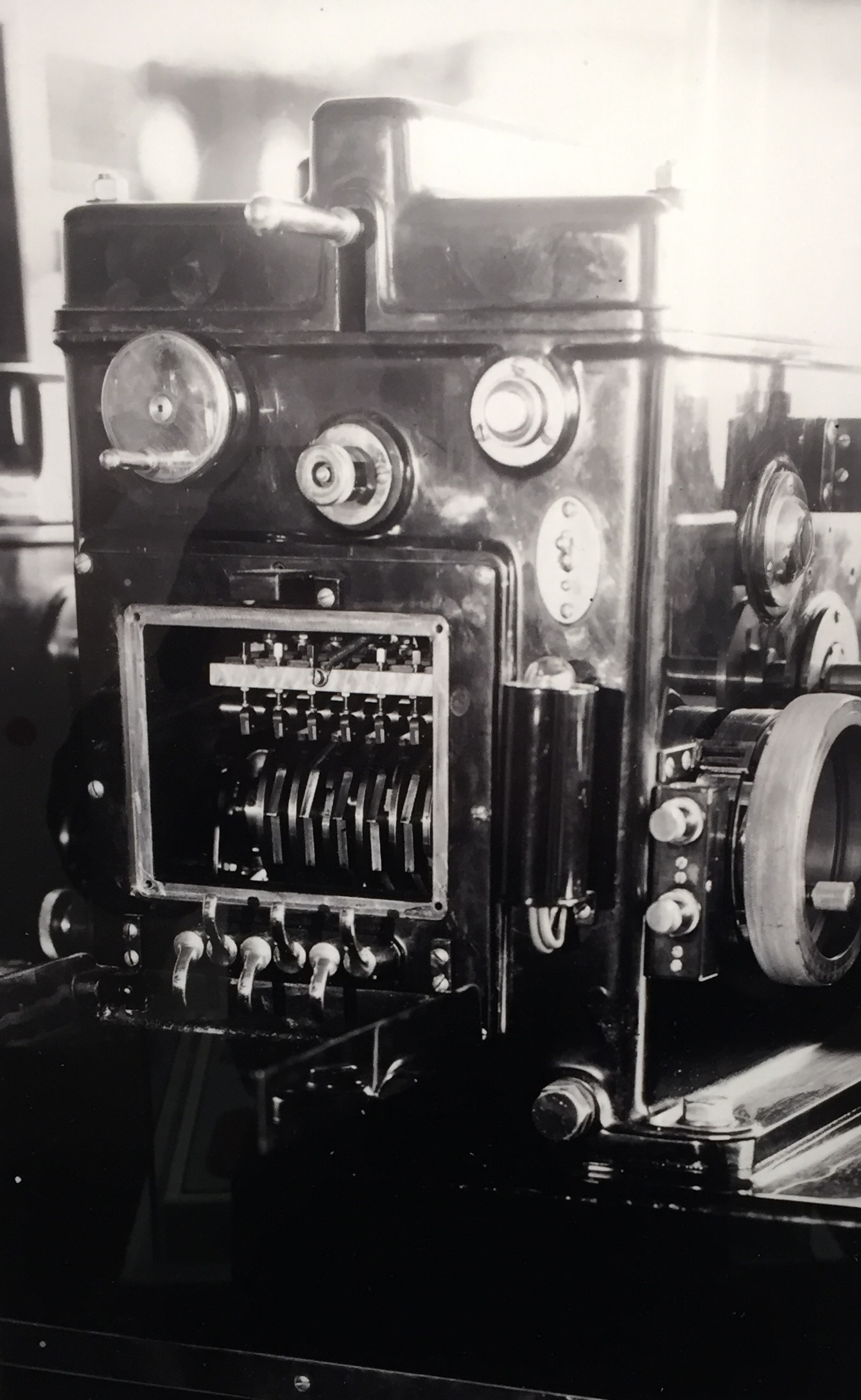 In my view, this is not a cipher machine, but a Belinograph, i.e., a machine for sending pictures by telegraph, telephone or radio.

If a reader knows more about these devices, please let me know.
Follow @KlausSchmeh