Two years ago I blogged about an encrypted certificate, which was found in the wall of a house. Nobody could solve this cryptogram. So, it’s time to have a second look at it.

Would you like to decipher a shorthand postcard from 1904? If so, look at the following one, which is currently discussed in a Reddit forum (thanks to David Allen Wilson for the hint): 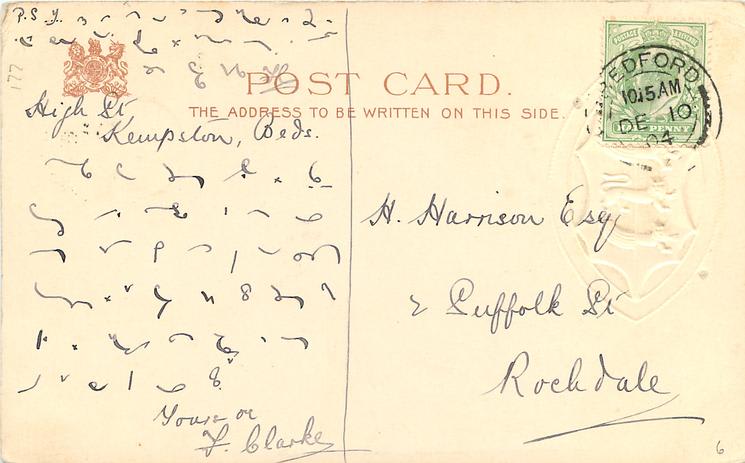 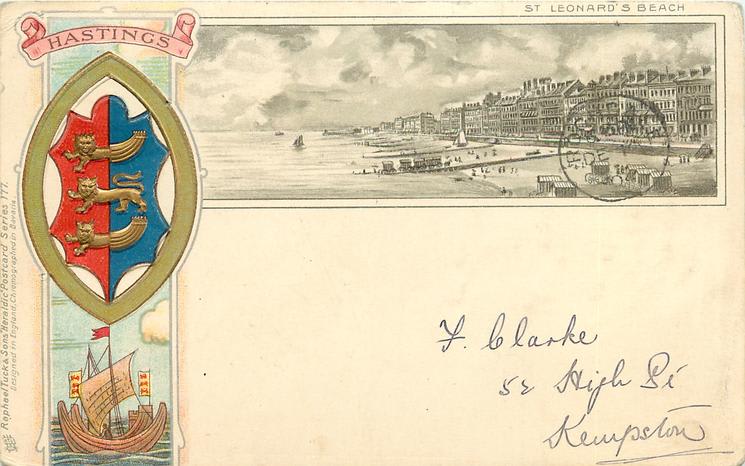 This postcard is written in the Pitman shorthand. There were dozens of shorthand types before modern recording technology came up. If you type in “shorthand postcard” on Google you receive numerous hits. As Pitman was one of the most popular shorthands (especially in the English speaking world), there are still people who can write and read it. In addition, Pitman is explained on a number of websites. Reading the postcard above is therefore not really an act of codebreaking, but of applying an outdated writing system.

The postcard above reminded me that two years ago I reported on another mystery discussed on Reddit. This one is an encrypted certificate: 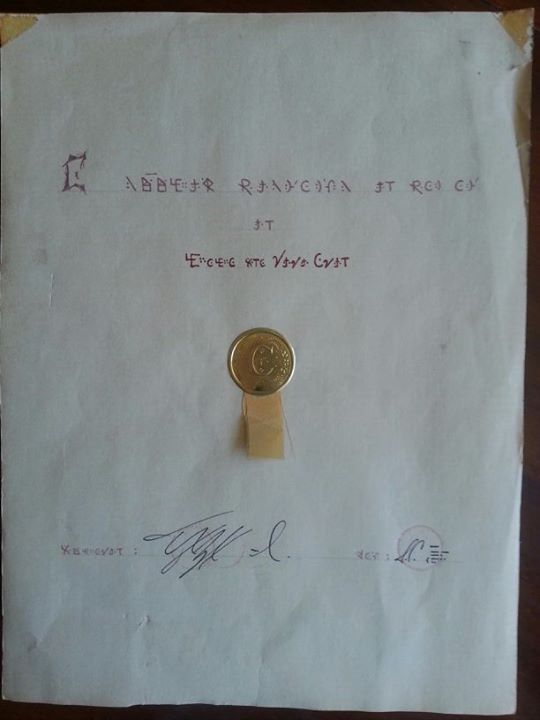 Unfortunately, not much is known about the origin of this document (I call it the “seal cryptogram”). According to the Reddit post, somebody found it in the wall of his house. I don’t have a better photograph of it. A hand-made copy is available on Imgur: 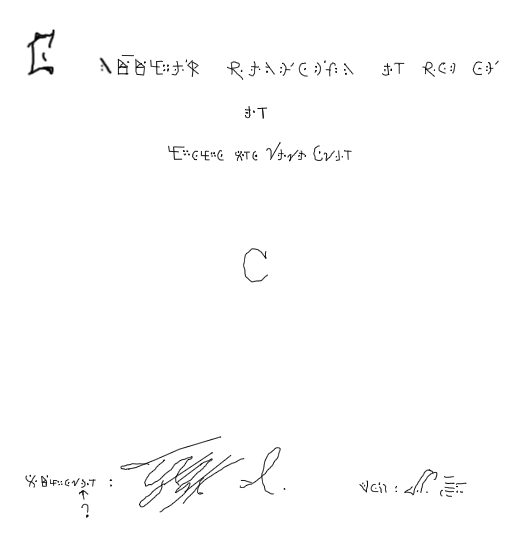 Many comments, no solution

The writing system used for the seal cryptogram is completely unknown to me. Some of the letters are, in  my opinion, too complex for a script that is used in everyday life. My guess is that this script was invented by the authour of the encrypted lines. Unfortunately, the text is quite short, which makes frequency analysis almost useless. The certificate contains a stamp, but it’s unreadable.

The Reddit-Post was already two years old when I blogged about it. It received over 200 commentes, but none of them proposed an acceptable solution. Over the last four years no new comments have been published. My blog post from 2015 received a number of comments, too. Nevertheless, the mystery is still unsolved.

Can a reader say more about this cryptogram?
Follow @KlausSchmeh

Further reading: Who can decrypt this postcard?