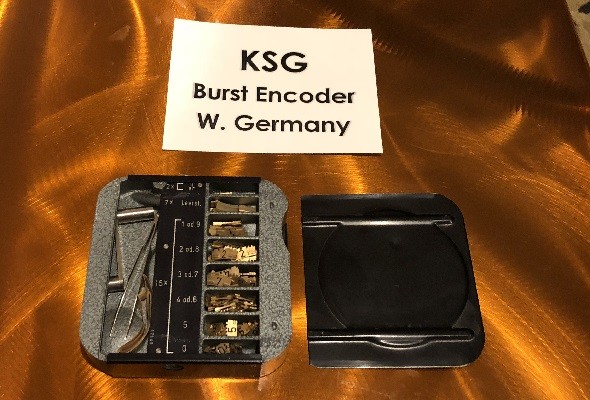 US crypto collector Marc Sachs has shown me a Burst Encoder from the 1950s. A video explains how this cleverly designed device works.

When it comes to protecting a Morse radio message from eavesdroppers, one can choose between two approaches: either the message is encrypted, or it is sent so fast that the enemy doesn’t even notice it. The latter method has the advantage that it makes radio direction finding (RDF) difficult, if not impossible.

My friends Paul Reuvers and Marc Simons provide interesting information about Burst Encoders on their Cryptomuseum site. Here’s their definition of a Burst Encoder:

A Burst Encoder is a device that allows messages to be stored on a recording medium first. The pre-recorded message is then sent over the air at very high speed using a high-speed keyer. A wide range of solutions was developed for this, using a variety of media, such as paper, audio tape, metal tape, mechanical drums, photographic film and finally electronic memory chips. Messages that are sent this way often sound like a short tone or burst, which is why it is called a Burst Transmission.

A Burst Encoder is a steganographic device, not a cryptographic one. This is because it hides data, but it doesn’t encrypt them. 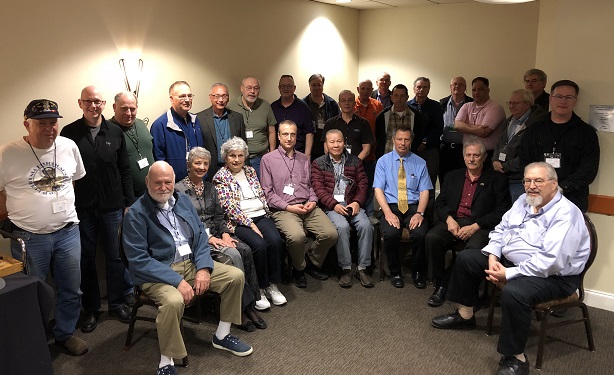 … I met Marc Sachs, an IT consultant and crypto collector from the DC area. Marc showed me a West German Burst Encoder from the 1950s, a device named KSG (“Kurzsignalgeber”). 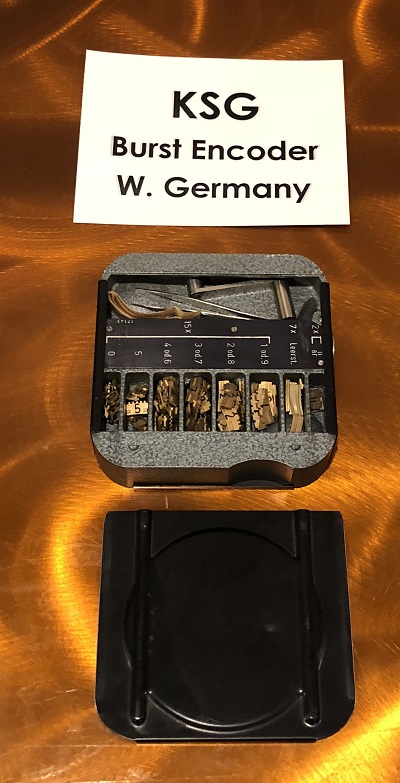 A description of the KSG is available on Paul’s and Marc’s Cryptomuseum website. The KSG only supports the encoding of numbers. It was used to transmit messages encrypted in the one time pad. As the following table shows, the Morse code encodes digits with five dots or dashes each:

The KSG provides a set of metal types that can be used as building blocks for a Morse message: 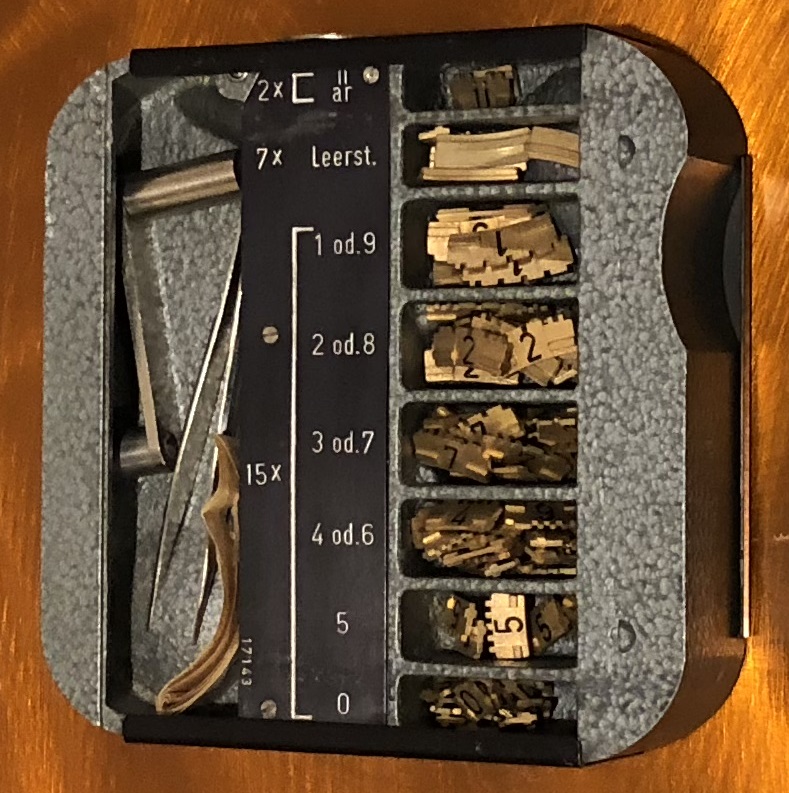 As can be seen, some of the metal types are used for two different numbers. For instance, the “2” (· · − − −) and the “8” (− − −· · ) are encoded with the same type, because the one Morse code number is the reversed version of the other one. This means that turning around the “2” type makes it the “8” type. This can be seen in the following picture: 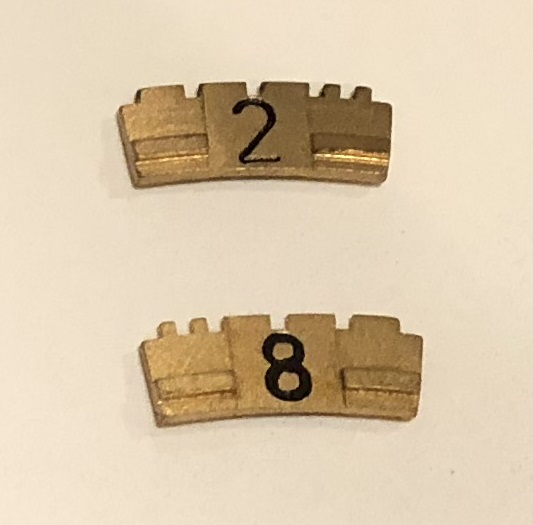 To write a message the user puts the required metal types onto the edge of a wheel contained in the device. Afterwards, he sends the message by turning the wheel (this creates electrical impulses) with a crank. This procedure is demonstrated by Marc Sachs in the following video:

The KSG is a cleverly designed Burst Encoder that allows to send a Morse code message within a few seconds, even if the user doesn’t know the Morse code at all. Thanks to Marc Sachs for demonstrating this nice device.
Follow @KlausSchmeh
Further reading: How artists depicted cardsharping with steganography