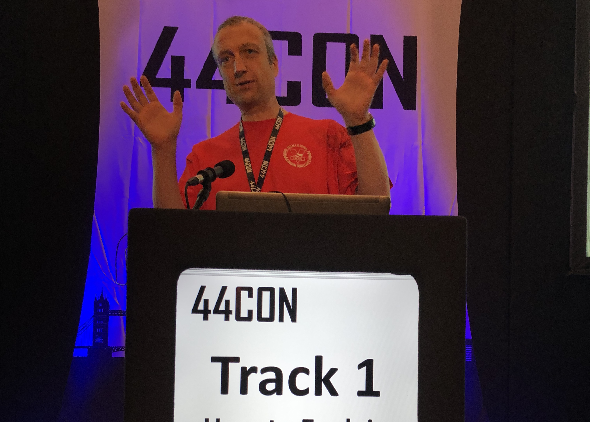 At the 44CON, a London-based hacker conference, I gave a talk about Post-Quantum cryptography. Among other things, I explained the GGH algorithm – using snail terminology.

How to Explain Post-Quantum Cryptography to a Middle School Student, was the title of a presentation I gave at the 44CON conference in London last Friday.

The following video shows a short excerpt from my talk:

One of the post-quantum methods I explained is the so-called GGH algorithm (named for its inventors Goldreich, Goldwasser, and Halevi). GGH is a lattice-based crypto algorithm. But how can one explain lattice-based cryptography in an entertaining and easy-to-understand way? My co-worker Daniel Rocholz from cryptovision had a great idea: explain it from the point-of-view of a snail. The following presentation slides show how I put Daniel’s idea into practice.

First of all, a snail certainly prefers lettuce to lattice: 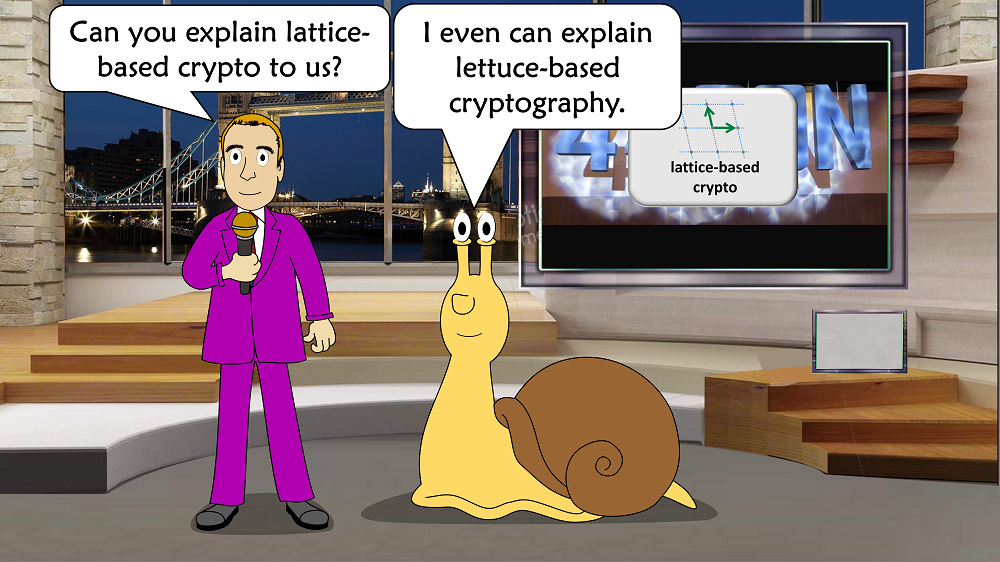 This means that in our explanations we replace lattices with lettuce fields: 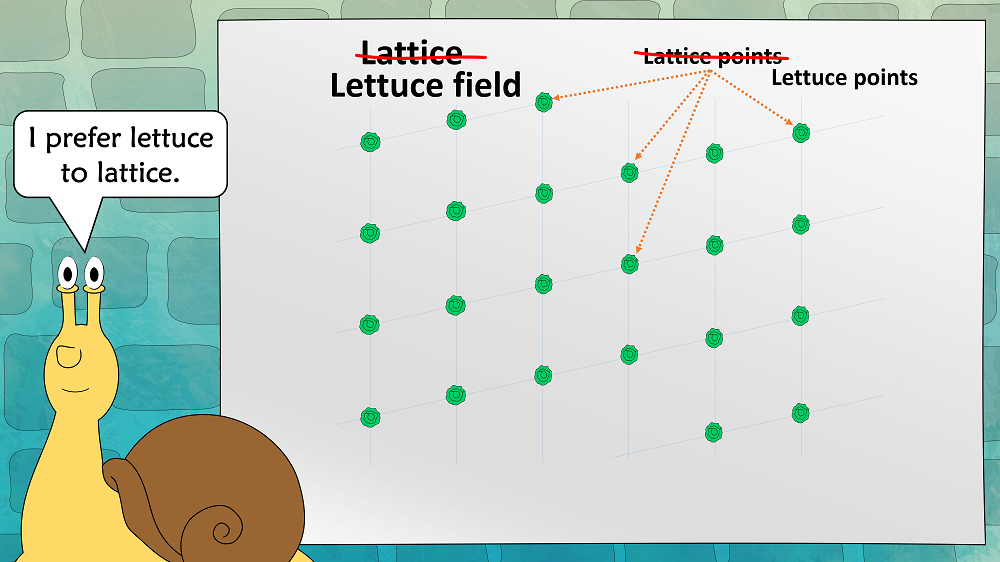 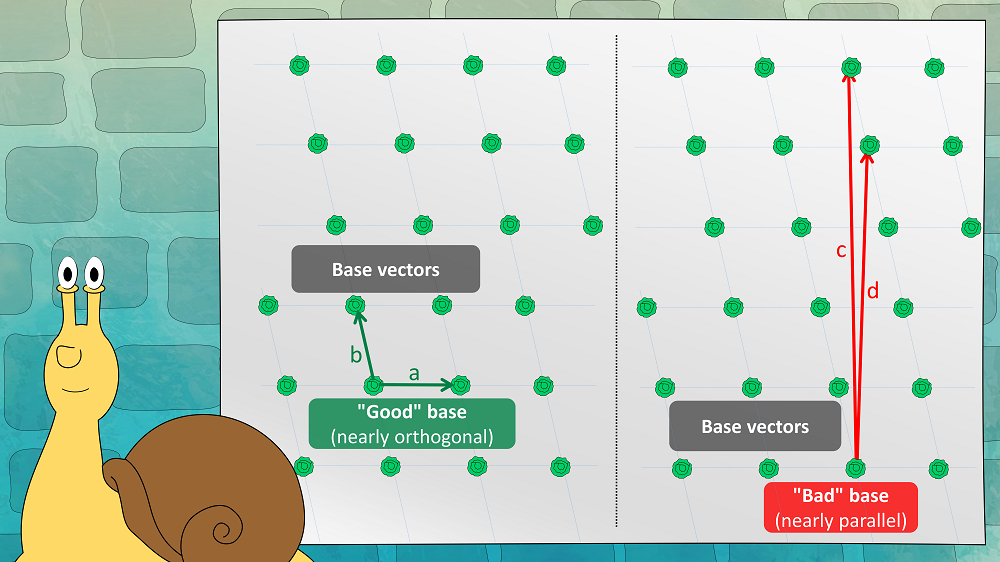 We now assume that a snail is placed somewhere in the lettuce field. As a snail is very slow, it has an interest in finding the closest lettuce. This results in the “closest lettuce” problem: 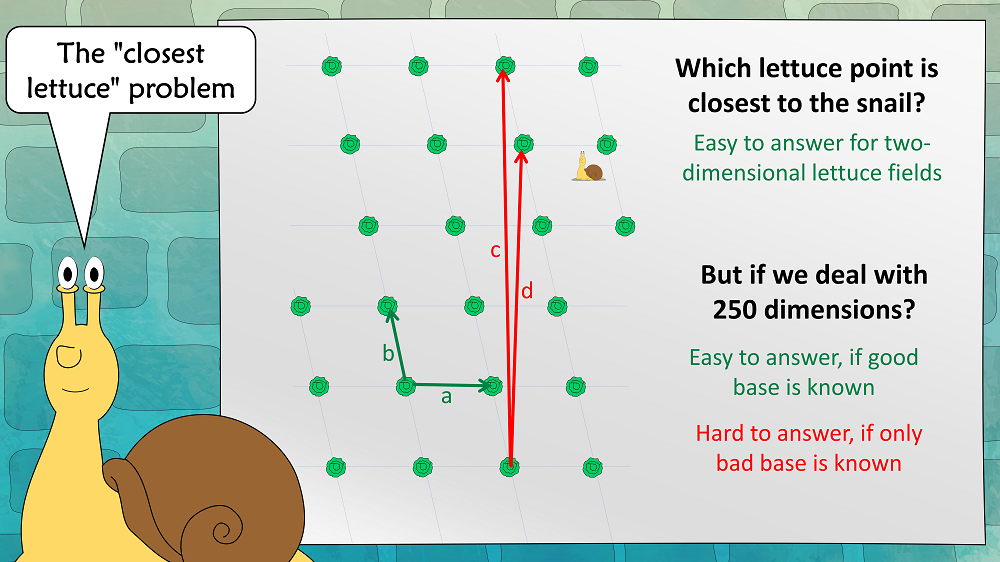 This problem can also be regarded as a one-way function: 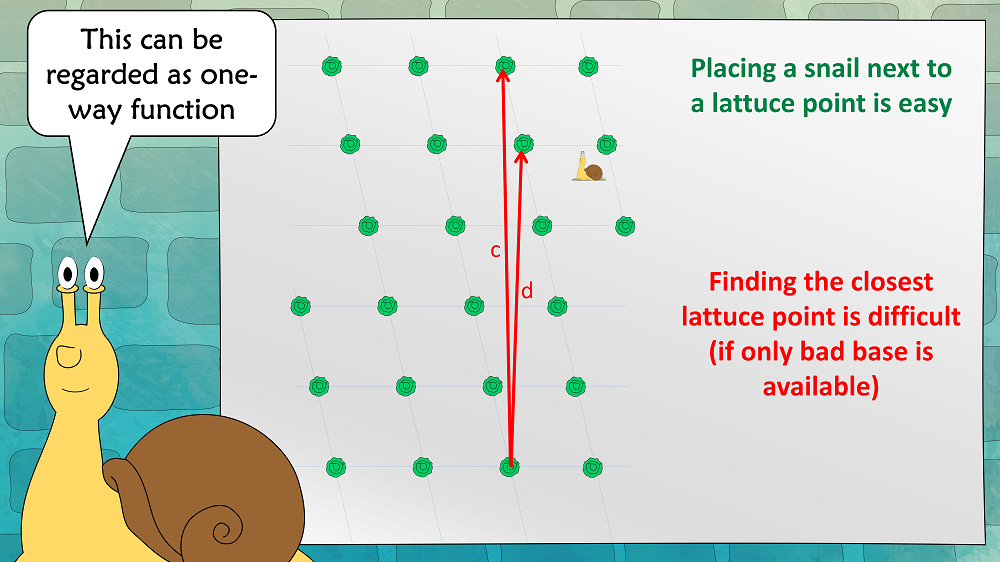 Now we can define the GGH asymmetric encryption scheme: 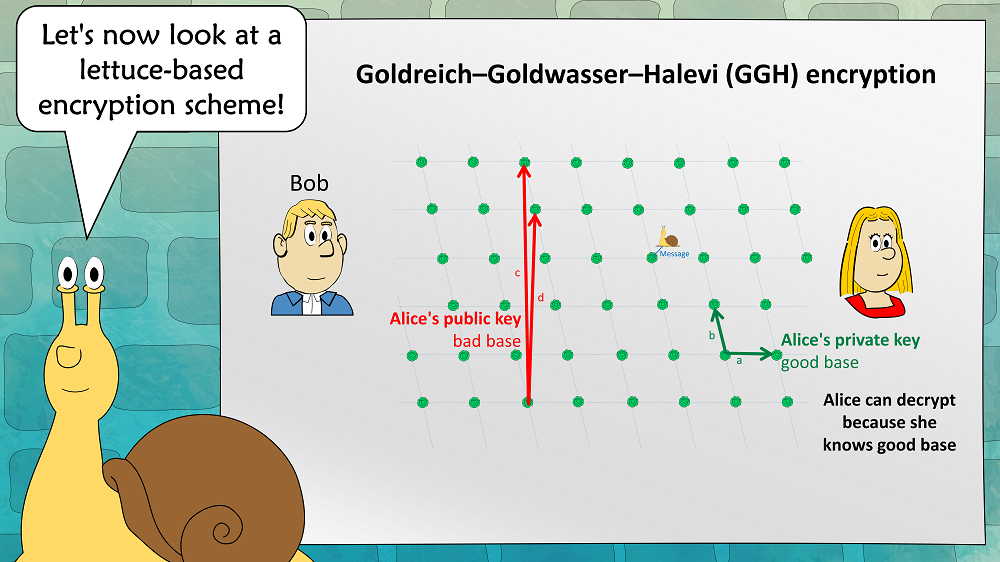 Alices public key is a bad base, her private key is a good base. To encrypt, Bob places a snail near a lettuce. The vector between the snail and the lettuce is the cleartext (in practice, the lettuce field is about 250-dimensional, which means that this vector can easily encode a 128 bit message). Alice can easily find the closest lettuce (and thus decrypt the message), as she knows a good base. An attacker can’t, as he has only a bad base.

That’s it. This isn’t very difficult, is it?

Unfortunately, GGH has proven insecure, so it should not be used in practice. However, there are other lattice-/lettuce-based encryption schemes, that are considered secure, like NTRU, (R)LWE, and New Hope. 27 algorithms of this kind have been handed in to the NIST Post-Quantum Competition. I’m pretty sure that several of them will be among the winners.
Follow @KlausSchmeh