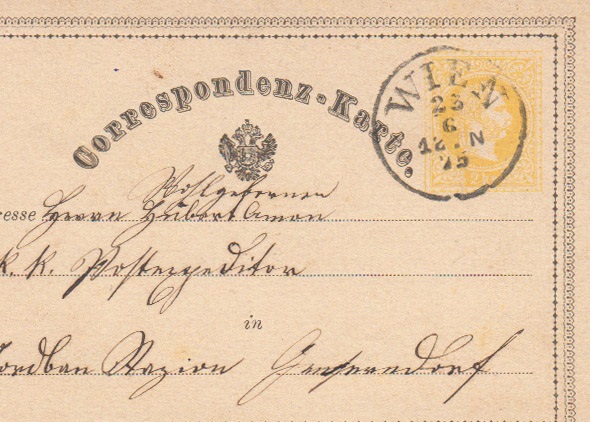 In 1875, a man living in Vienna received an encrypted postcard from a family member. Can you break this cryptogram?

Once again, my friend and blog reader Karsten Hansky has provided me an interesting unsolved cryptogram. This time, it’s an encrypted postcard. It was sent in 1875, which makes it one of the oldest of its kind I have ever covered on this blog. Contrary to many later postcards, this one bears no picture. This shows that postcard culture was still in its infancy when this card was sent. Postcards (both encrypted and non-encrypted) reached their peak in the early 20th century. 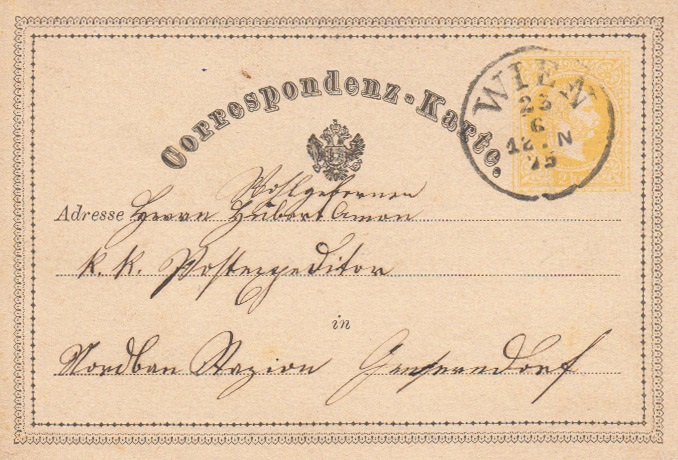 The receiver of the card is a man surnamed Amon – a name that doesn’t sound German to me but appears to be common in Austria. His first name was probably Herbert. Herbert Amon lived in Großnondorf, Austria. According to Wikipedia, there are two places in Austria with this name. Both are tiny villages.

Let’s take a look the text side of the card, which contains both encrypted and non-encrypted passages: 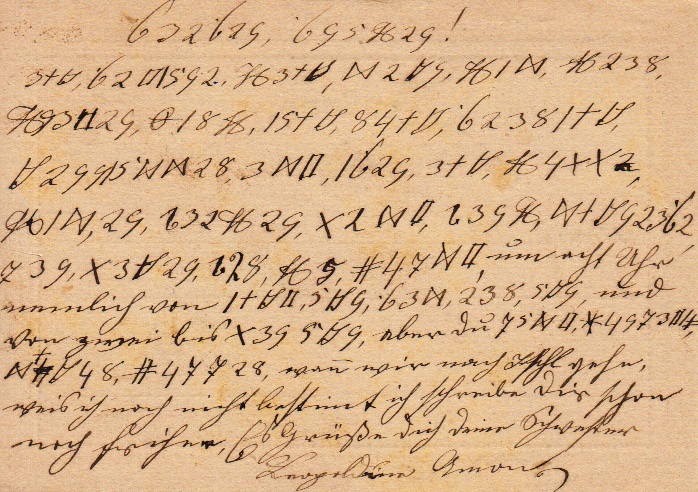 Apparently, the sender of the card was named Amon, too. To be honest, I can’t read his or her first name. Most encrypted postcards I have seen were sent by young men to their loved ones, but this one is apparently an exception.

The cipher used by the sender is probably a substitution cipher (MASC). The first plaintext word could be “lieber” (“dear”). As Karsten wrote, the ciphertext might even be easier to read than the cleartext passages.

Can a reader say more about this card?
Follow @KlausSchmeh