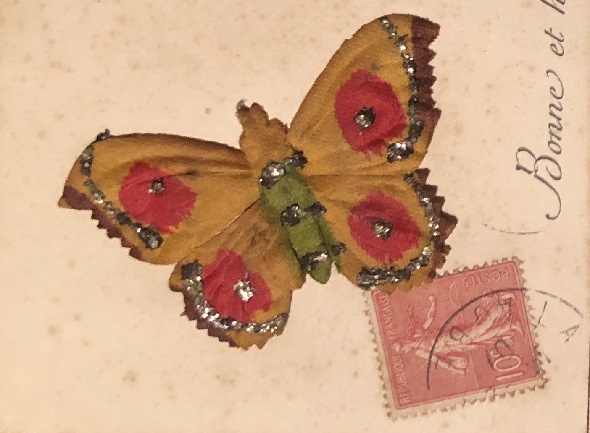 It’s probably not a Christmas card, but at least an encrypted card that was sent on the occasion of a celebration. Can a reader decipher this cryptogram?

First of all, I wish all of my readers a merry Chrstmas and all the best for the new year 2020!

My original plan for today was to blog about an encrypted Christmas card. To my regret, I am not aware of any I haven’t covered on this blog before. However, in the encrypted postcard collection of my friend and comedy hacker Tobias Schrödel I found a French card that bears the encryption “Bonne et heureuse Fête” (“Good and happy celebration”). 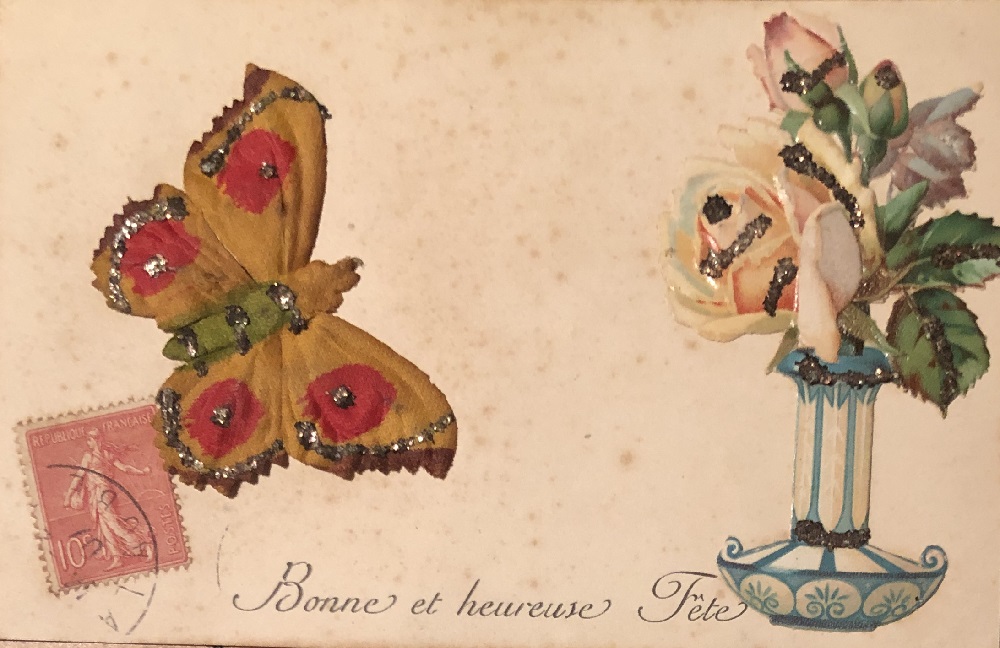 This card is not dated and the stamp not readable, so I don’t know if it was sent on Christmas. Considering that the motive is not Christmas-related it probably was not.

Can you break this encryption? 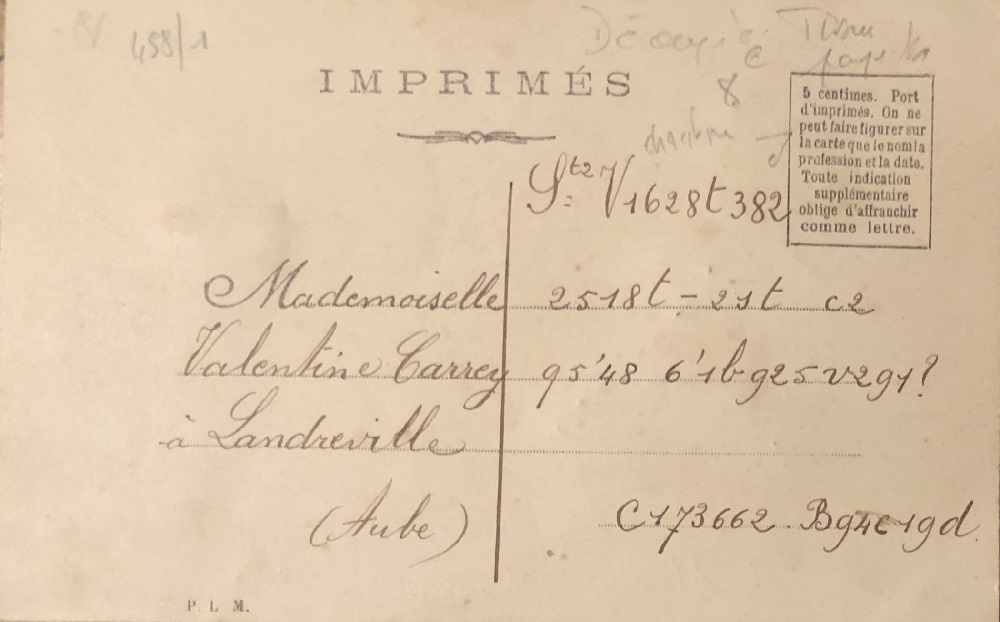 As can bee seen, the recipient was a woman named Valentine Carrey living in Landreville, a small town 200 kilometers south-east of Paris. The sender might have been the lover of the recipient. To my regret, I don’t know when this card was sent. I assume that it was in the early 20th century.

The message on the card is pretty short, but it contains spaces, interpuction and capitalization. In addition, it is clear that the plaintext is in French. All things considered, I think that this cryptogram can be solved easily.

Can a reader break this cryptogram? If so, we will hopefully learn which celebration the writing on the picture side of the card refers to.
Follow @KlausSchmeh