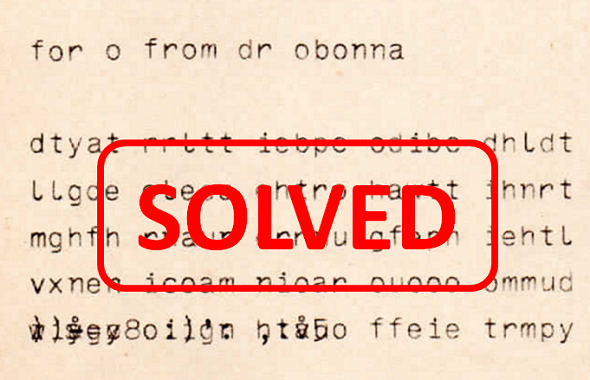 Blog readers Richard Bean, Frode Weierud and George Lasry have broken most of the ciphertexts from the Biafran War I recently introduced.

Frode Weierud, a Norwegian Enigma and crypto history expert, earlier this year published a report about a collection of ciphertexts from the Nigerian Civil War (1967-1970).

Frode obtained these ciphertexts (Biafran Ciphers) already in 1969. They had been transmitted by radio teletype between Biafra and Lisbon, and apparently somebody in Norway had intercepted them. Frode tried to decipher the messages, but to no avail. He considered publishing them in a Cryptologia article in the late 1970s, but decided not to do so, as they stemmed from a recent war and the content still could have been sensitive.

40 years later, Frode thought that it was now safe to publish the messages. So, he made scans and transcripts of them available on his website.

The scans are provided in some 60 PDF files. The messages were sent between August 2nd and October 21st, 1969. Some consist of five-letter groups, the others of five-digit groups. This suggests that two different ciphers were used. The following scan shows a message of the letter type: 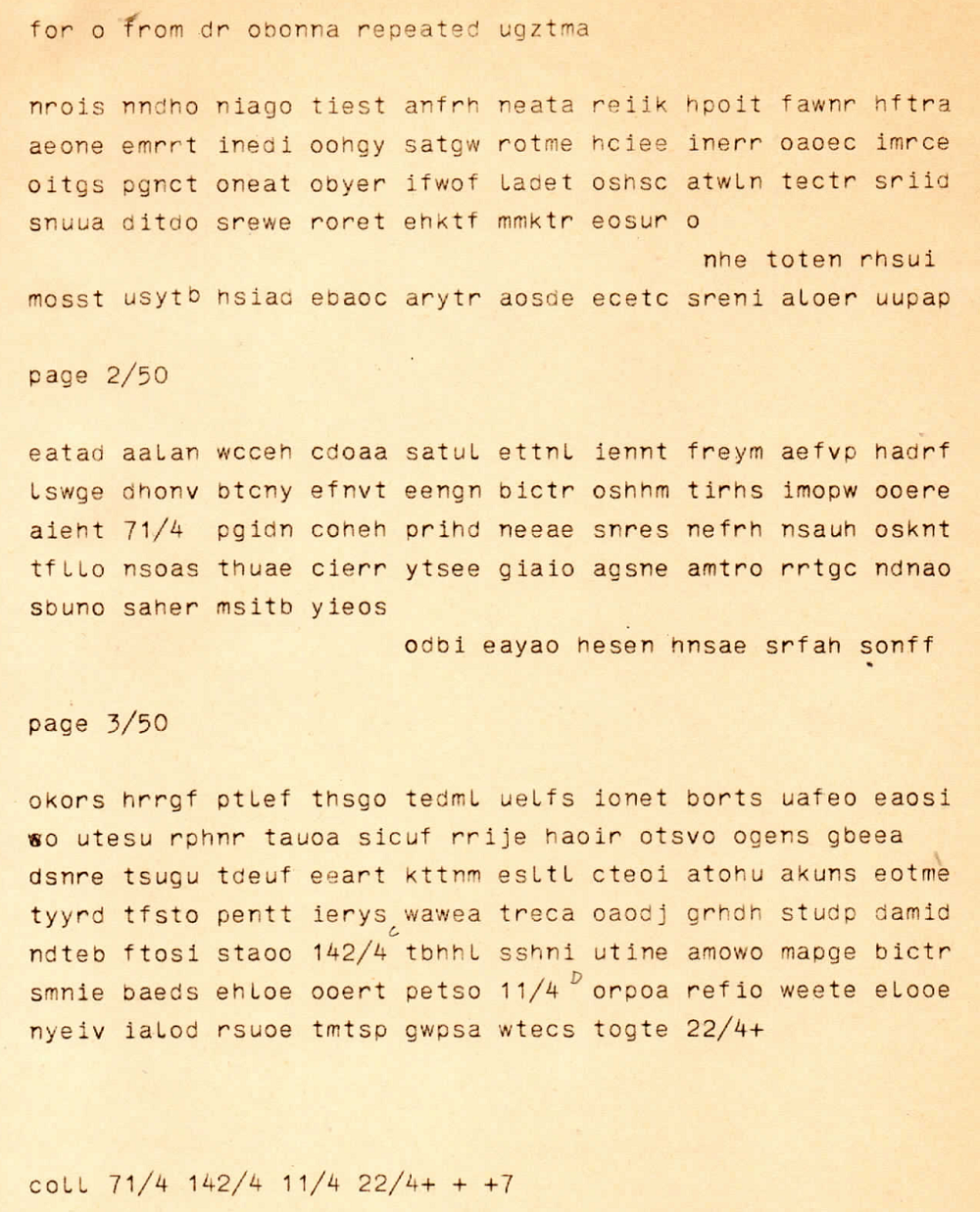 A frequency analysis of the five-letter-group messages showed a distribution corresponding to English plaintext, which made Frode believe that they were enciphered by a transposition system. The messages are divided into a number of blocks that often, but not always, consist of an odd number of groups.

For instance, the message BAL025 from 04 August 1969 is divided into four blocks marked 71/4, 142/4, 11/4 and 22/4. The number behind the slash is the date when the message was encrypted. It therefore seems logical to believe that the same or a similar transposition is performed on each of these blocks.

The system used here is most likely a code but it could also be a substitution cipher. No detailed analysis has been made of this system largely because there are so few of these messages.

Solution of the five-letter-group messages

On November 20th, I blogged about the Biafran Ciphers. Some of my readers posted interesting comments, which helped to better understand these cryptograms. However, nobody came up with a solution.

Last week, I received a mail from my friend and blog reader George Lasry, who is known as an outstanding codebreaker. George wrote: “After an intensive collaborative effort, we (Richard Bean, Frode Weierud, and myself) were able to decipher all the letter ciphers in the collection. The digit ciphers are still unsolved.”

It was immediately clear that the solution George had sent me was correct. George provided me a PDF that describes the steps of the deciphering process. Working closely together, Richard, Frode and George all had made critical contributions at various stages of the codebreaking, looking at various angles of the problem.

Here’s how Richard, Frode and George found the solution (according to the document they provided): 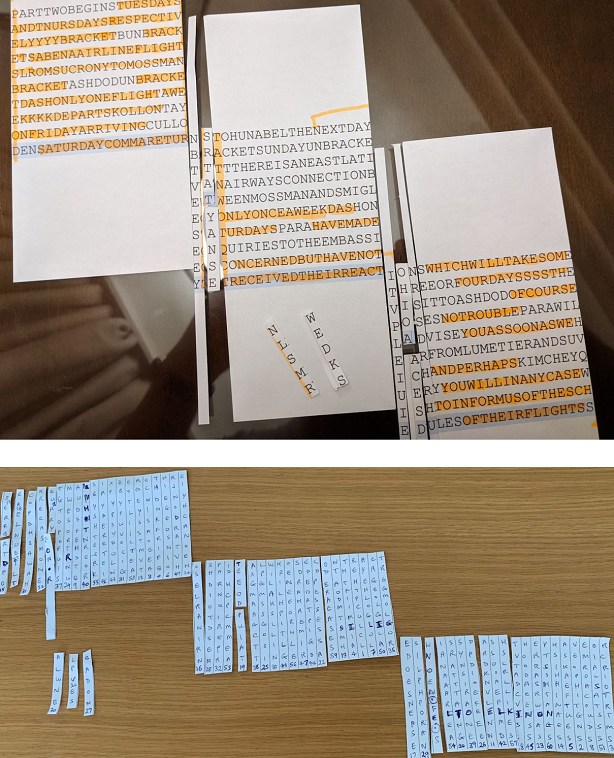 Congratulatuions to Richard, Frode and George on this impressive codebreaking success! This is a great example of teamwork in the service of historical cryptology research. I am proud that my blog was involved in it.
Follow @KlausSchmeh