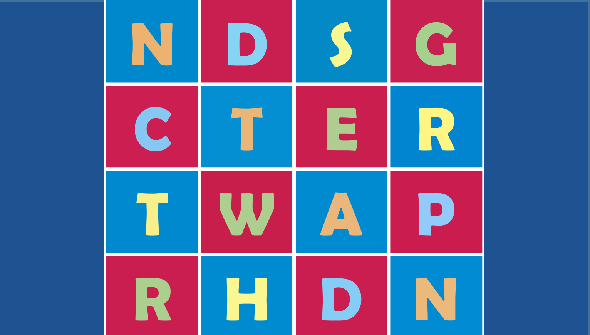 The cover of a well-known cryptography book shows a 16-letter cryptogram. Its solution is unknown.

… has been one of my favorite authors since my high-school days in the 1980s. At first, I enjoyed his numerous books on recreational mathematics, most of which are based on his legendary column in the Scientific American.

Later, when I became involved in the skeptics community, I learned that Gardner was also a devoted skeptic, who had published a number of notable books about the subject. Especially, his 1957 work Fads and Fallacies in the Name of Science became a classic (my skeptical book Planeten und Propheten was less successful, but I consider it a classic of the skeptical litertature, too).

And finally, I learned that Martin Gardner also had a few claims to fame in the field of cryptology. Most of all, his Scientific American column was the place where the RSA crypto system was first published (“A new kind of cipher that would take millions of years to break“). Only later, RSA was covered by a scientific magazine. 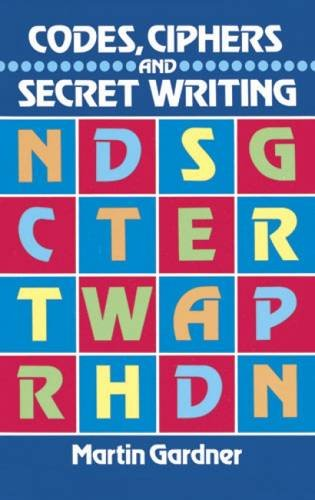 Codes, Ciphers and Secret Writing is certainly one of the less important books Gardner wrote. It covers manual encryption systems, such as the Caesar and the Vigenère, and explains some basic codebreaking techniques. Though I consider myself a Martin Gardner fan, I never thought that this work was a must-read for crypto enthusiasts.

Two years ago, I asked my readers if this short cryptogram could be deciphered. Blog reader Thomas Bosbach found out that a Vigenère decryption with the keyword LOVE yielded the following plaintext:

I don’t know if this was really the intended solution. However, I find it hard to believe that this decryption is a mere coincidence.

The cryptogram on the cover

When I recently read a Facebook post by David Allen Wilson, I realized that there is another notable thing about Gardner’s crypto book: Nobody appears to know what the cryptogram on the cover means. Here’s a transcript:

Considering that we are dealing with 16 letters written in a square, a turning grille encryption seems to be a promising candidate. However, there are only two vowels in the ciphertext, which makes a transposition cipher extremely unlikely.

A few Facebook readers have commented on David’s Facebook post. For instance, Randall Williams wrote: “Nothing in the book mentions the cover at all […]. If you want to add to the list of what it isn’t, it isn’t a Caesar. […] I usually ignore cover art. You have to remember that they are usually created by an artist and the book author may not have had any say about the cover.”

Antonio Giovanni Colombo commented: “As far as I can tell, they [the 16 characters] are only random letters taken from the ones that form the title of the book and the name of the author.”

To find out more, it would be a good idea to check via a dictionary attack if a Vigenère decryption produces a meaningful result. Another candidate mentioned in the book is the Playfair; this hypothesis could be tested with a dictionary attack, too.

Of course, it is also possible that a more complex system was employed to create this cryptogram. However, it would, in my view, be an act of cheating if a cipher is used that is not covered in the book.

I f a reader can find out more, let me know.
Follow @KlausSchmeh