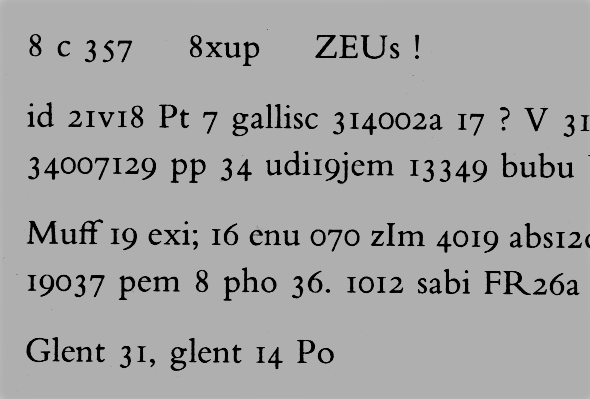 After WW2, German author Arno Schmidt created an encrypted letter addressed to Truman, Stalin, and Churchill. To my knowledge, is has never been deciphered.

Arno Schmidt (1914-1979), one of the most important German-language writers of the 20th century, left behind four cryptograms. I covered them on this blog last year. As far as I know, these ciphertexts have never been solved. My readers, who have broken many a tough cryptogram over the last few years, were not successful in this case, either. 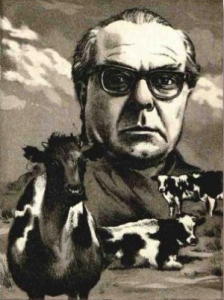 Blog reader Karsten Hansky has recently made me aware of another cryptogram Arno Schmidt created.

Admittedly, I have never read any of Arno Schmidt’s books or stories. The literature he created is very sophisticated and hard to understand, to say the least. Schmidt is little known outside of German-speaking areas, in part because his works are as good as impossible to translate. Here’s what Wikipedia writes about him:

Schmidt was a strict individualist, almost a solipsist. Disaffected by his experience of the Third Reich, he had an extremely pessimistic world view. In Schwarze Spiegel, he describes his utopia as an empty world after an anthropogenic apocalypse. […] His writing style is characterized by a unique and witty style of adapting colloquial language, which won him quite a few fervent admirers. Moreover, he developed an orthography by which he thought to reveal the true meaning of words and their connections amongst each other.

Schmidt’s encrypted letter to the excellences

The ciphertext Karsten informed me about has the form of a letter. Written in 1948 or 1949, this message is addressed to Truman, Roosevelt, Stalin, Churchill and Attlee, i.e., to the leaders of the USA, the Soviet Union and the UK. These nations represented the winners of the Second World War and were the most powerful countries in the world in the late 1940s. 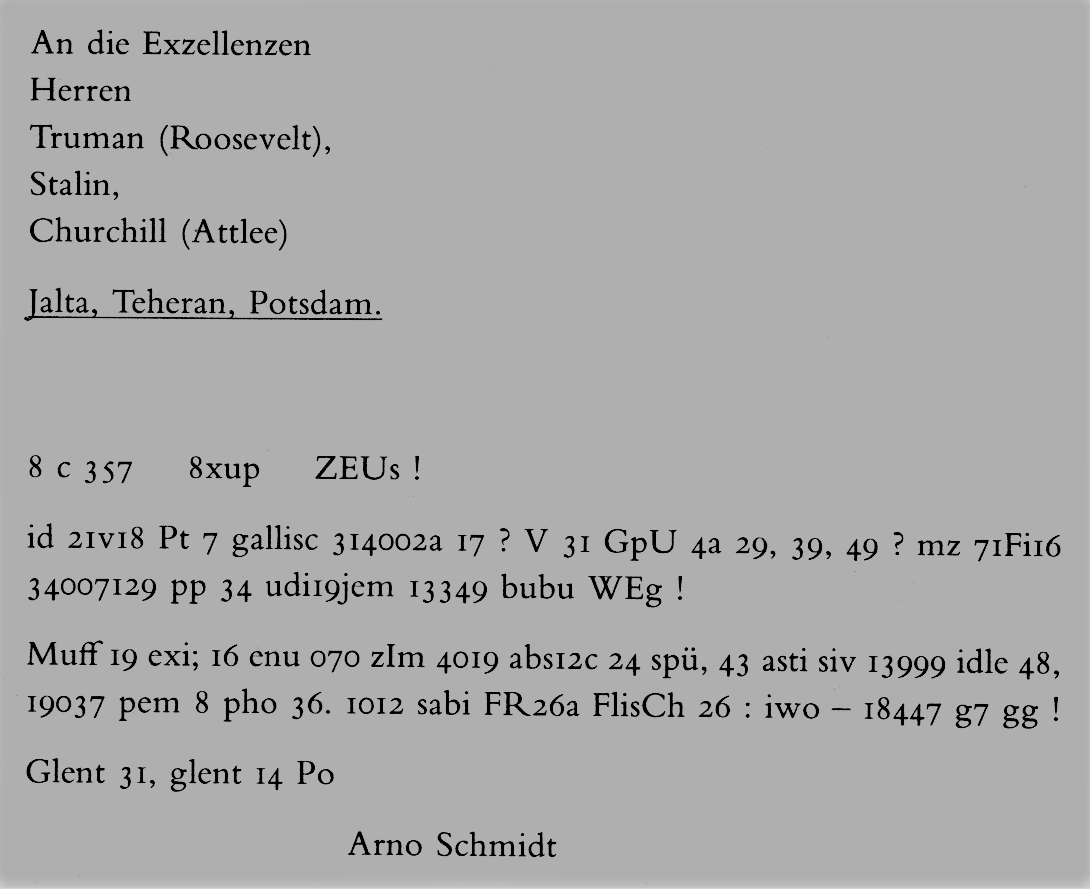 In Jalta, Teheran, and Potsdam, three major conferences of the 1940s took place. At these events, the USA, the Soviet Union, and the UK decided about the future of Germany and Europe after the Second World War.

I assume that Schmidt’s note is a literary text, not a real letter that was meant to be sent to the listed recipients. Apparently, the first line, “An die Exzellenzen” (“To the excellences”), is used as the title of this work. The text was published in the book Arno Schmidt’s Wundertüte. Eine Sammlung fiktiver Briefe aus den Jahren 1948/49 from 1992 (page 13).

As it seems, I’m not the only one who has blogged about An die Exzellenzen. In 2006, there was a post about this work on the Austrian research platform Kakanien Revisited. No comments were published, let alone something crypto-related.

Of course, there is no guarantee that Schmidt’s letter can be decrypted. It is well possible that the lines of this short literary work are meaningless gibberish meant to express the author’s helplessness a few years after one of the greatest desasters in human history.

If there is a cryptologic solution, I would expect that Arno Schmidt has employed a simple encryption scheme, such as a letter-based substitution, perhaps with a few tweaks. To my knowledge, there is no evidence that Schmidt ever occupied himself with cryptography, which makes is unlikely that he knew a more advanced encryption technique.

However, it seems difficult to find a meaning in character sequences such as 314002a. If these expressions represent encrypted words, it’s hard to tell if every character stands for a letter or if there are also character pairs (e.g., 31) that have a joint meaning.

If a reader can make sense of this strange literary text, please let me know.
Follow @KlausSchmeh