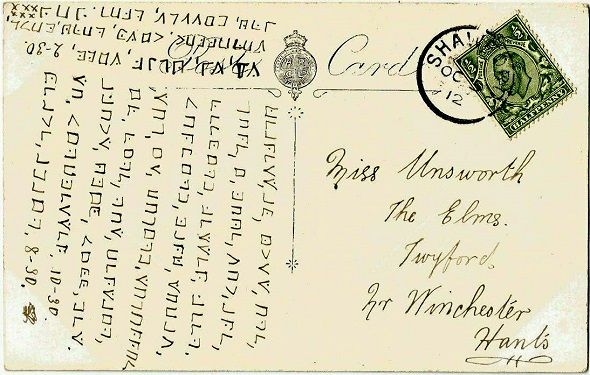 In 1912, a young woman living in Winchester near Southampton received three postcards encrypted in a pigpen variant. Can a reader decipher these?

The receiver of all three cards was a Miss Unsworth, living in Twyford, UK. Twyford (not to be confused with a place of the same name in the Thames Valley) is a borough of Winchester in the south of England. Winchester is mainly known for its world-famous cathedral. The closest big city is Southampton.

Like most other encrypted postcards I am aware of, these three appear to have been written by a young man to his lover. The first one was stamped in Shawford, a southern suburb of Winchester: 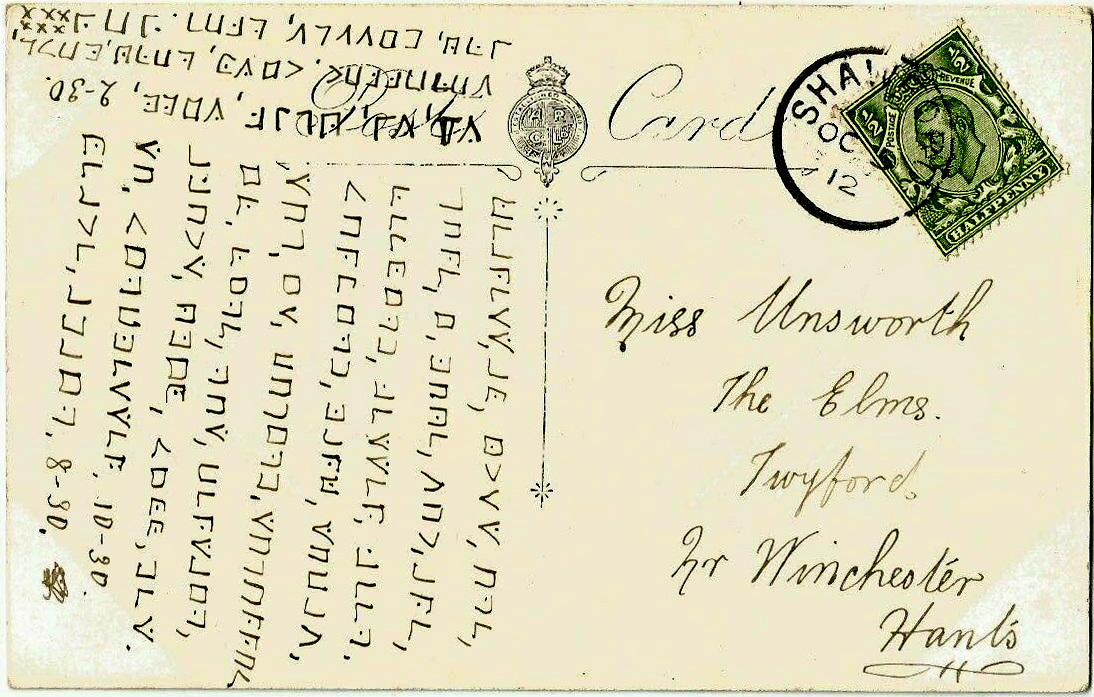 The second card was stamped in Winchester: 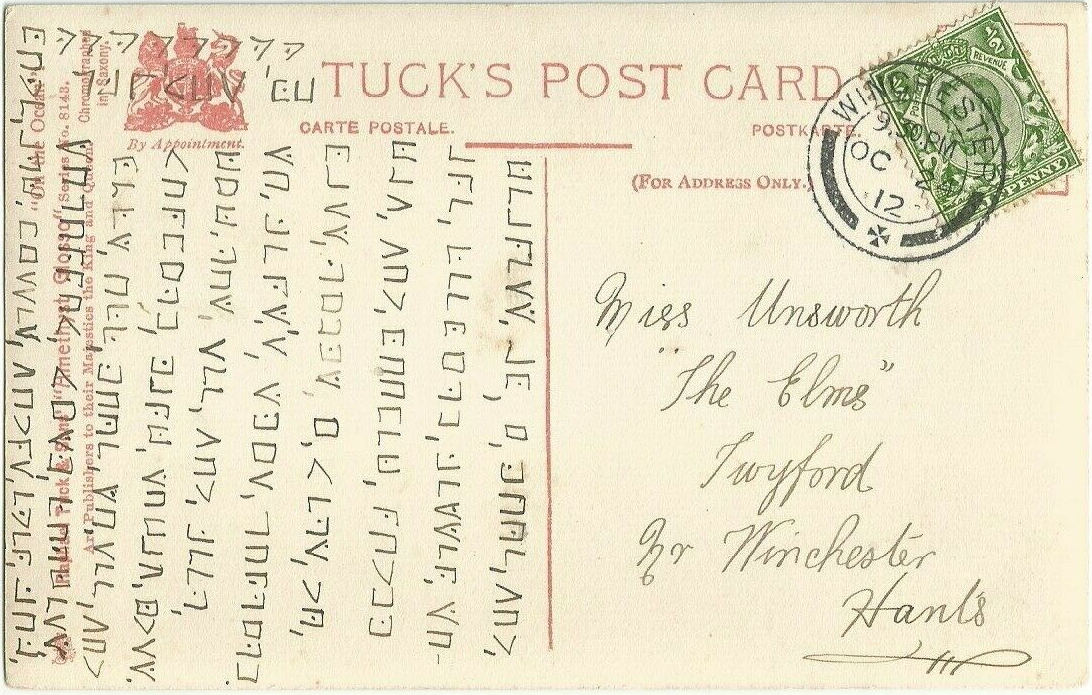 The third card was stamped in Shawford again: 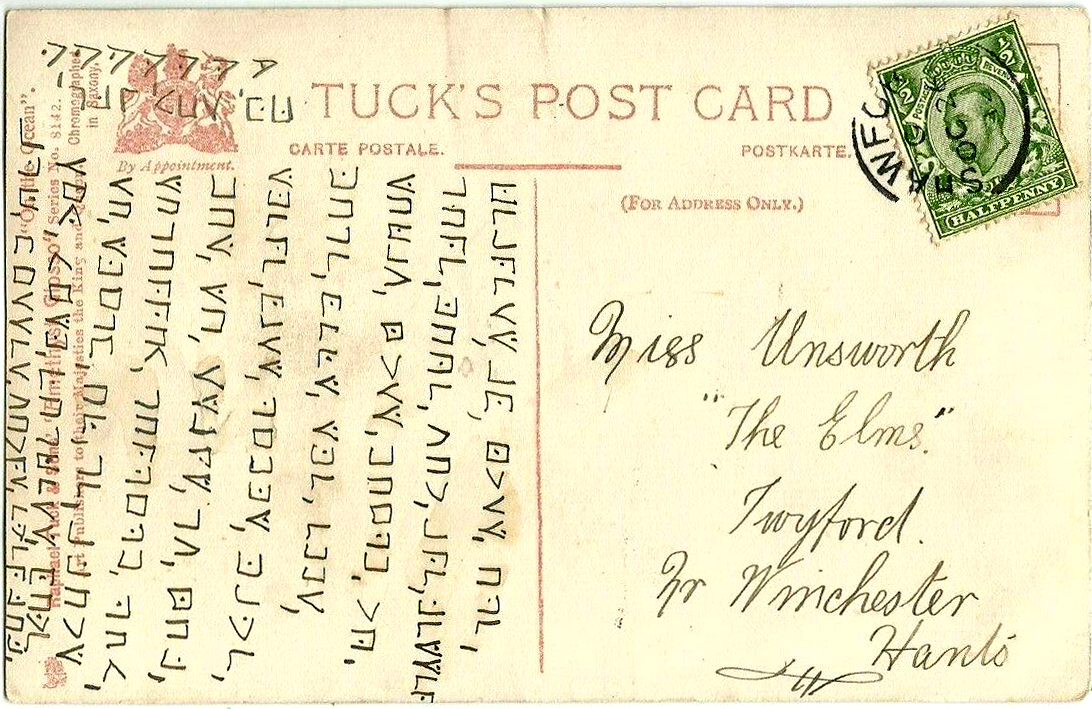 The encryption system used by the unkown sender is probably a variant of the pigpen cipher. The following diagram represents one pigpen flavor, though certainly not the one employed here:

As the spaces in the ciphertext are marked by commas, it should be possible to guess words.

Further reading: A postcard with a Sherlock Holmes type encryption