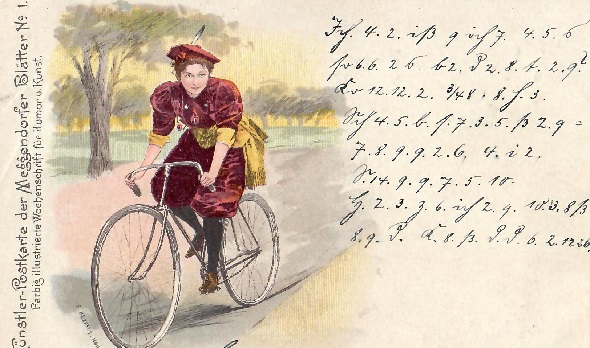 Here’s an encrypted postcard from the late 19th century. Can a reader decipher it?

Tobias Schrödel, known to my readers as a comedy hacker, crypto book expert, and collector of encrypted postcards, has once again provided me a nice piece from his marvellous collection: 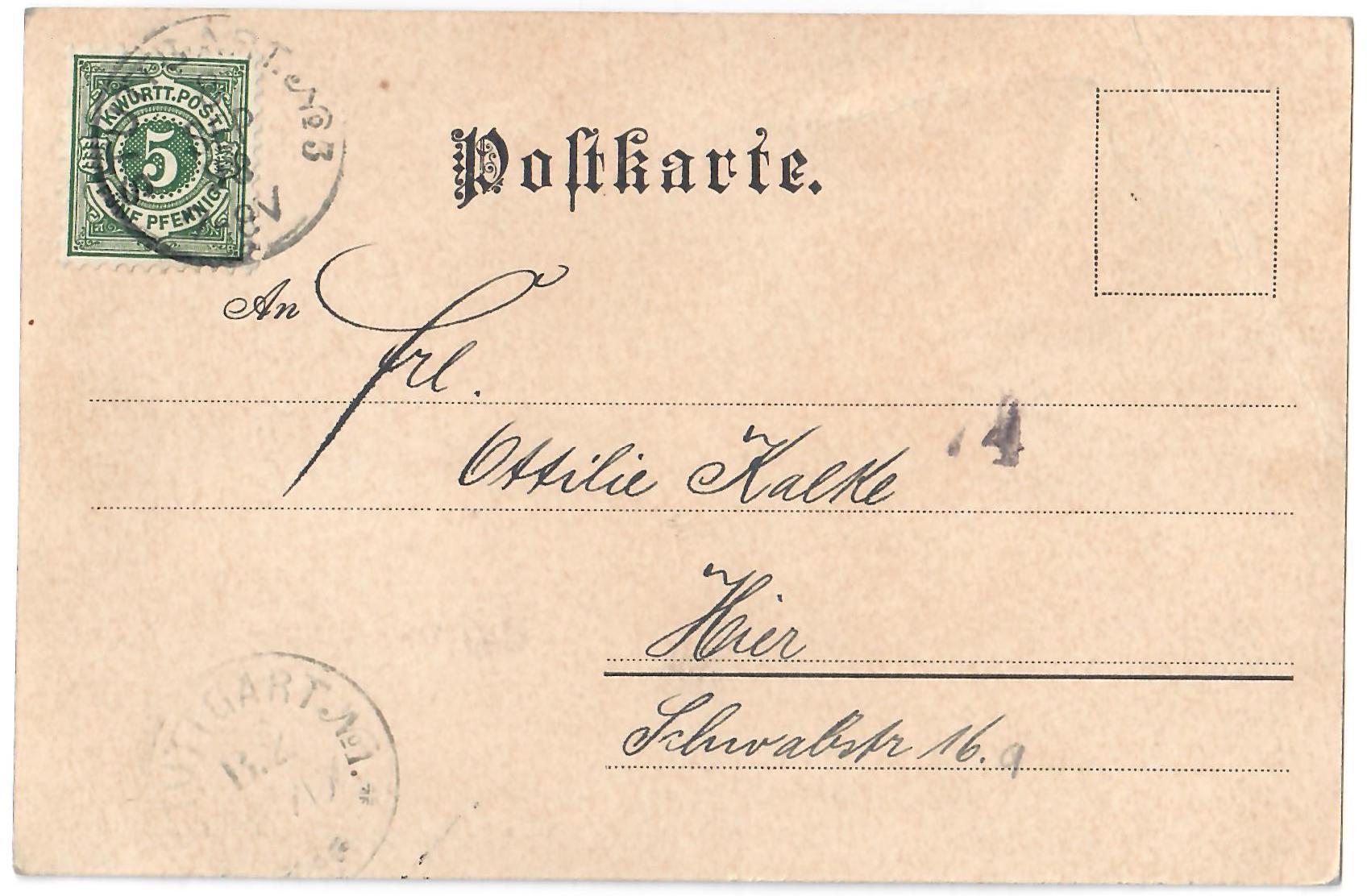 This postcard was sent to a certain Miss Ottilie Kalke, living in the Schwabstr. 16a in a place named “Hier”. As “Hier” is the German word for “here”, you might think that this is an unusual kind of encryption for the postman to solve, but this is not the case. As Tobias explained me, “Hier” was sometimes used as a part of a destination address, when the recipient of a card lived in the city where it was posted. This means that in this case, “Hier” stands for Stuttgart, today the state capital of Baden-Württemberg.

Miss Ottilie apparently was an unmarried woman. It seems that this card, like so many others of its kind, was sent by a young man to his spouse.

The encrypted part of the postcard can be seen on the picture side: 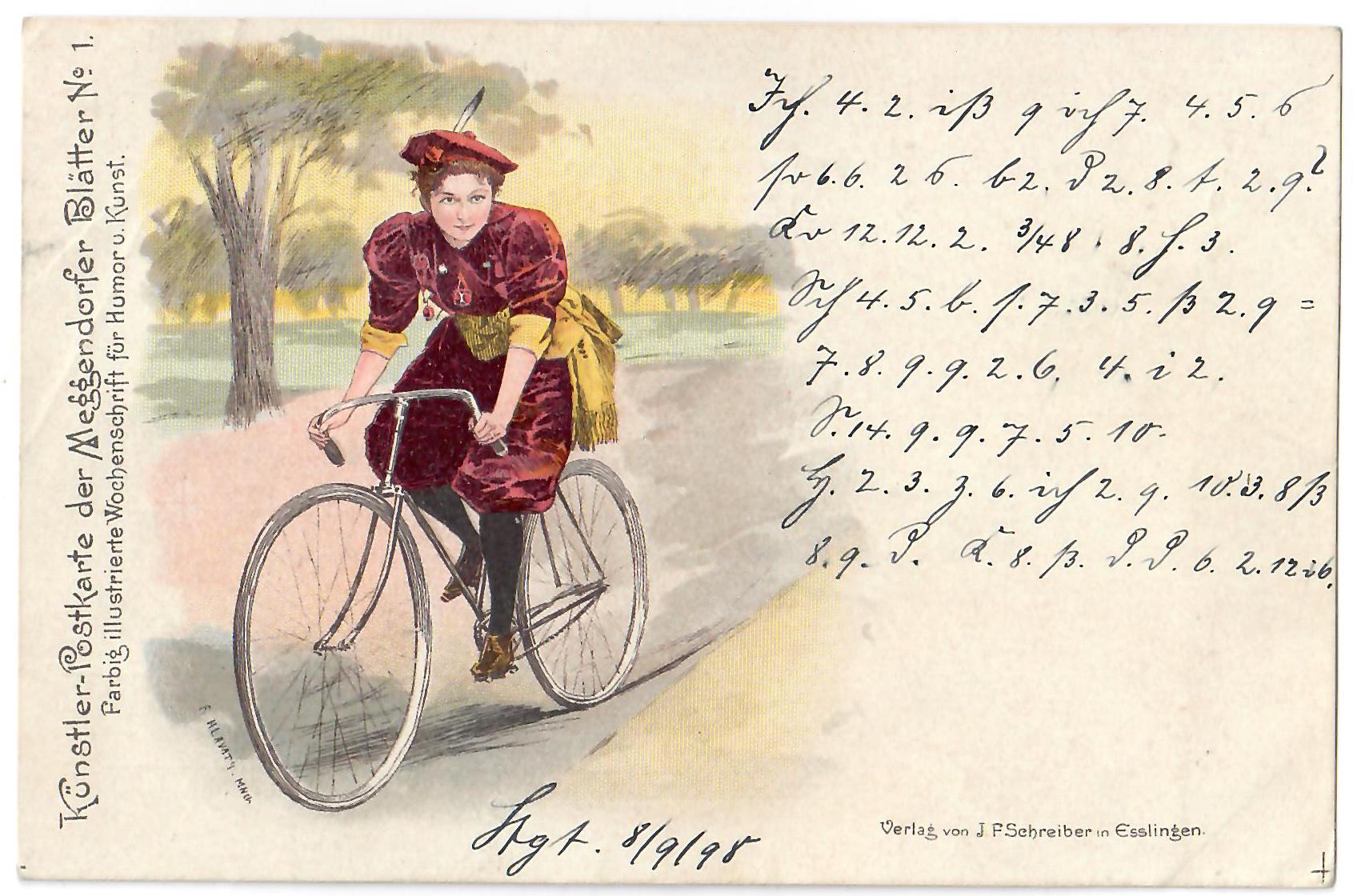 The alphabet the sender used consists of the numbers from 1 to 14 and a few letters. The expression 3/4 might refer to a time (in southern Germany, 3/4 means “a quarter to”). The word boundaries are not clear to me in most cases.

I tried the scheme A=1, B=2, C=3, which is encountered on many encrypted postcards, but this doesn’t work here. Still, I think that we are dealing with a simple substitution cipher.

Further reading: Who can decipher this postcard from 1909?