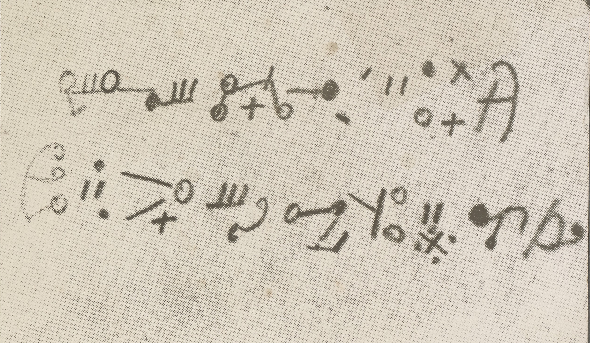 In a 1932 police journal, an unsolved encrypted message is depicted. Can a reader solve it after nine decades?

Apart from my readers, Google has long been my best source for finding topics for my blog. When I search for expressions such as “encrypted” or “in code”, I often receive interesting results, especially when I perform my search in different languages.

This time, I found a fascinating website when I used my mother language, German. Via the search term “Geheimschrift” (“secret script”) Google led me to a site titled Museum Digital Sachsen, which represents 77 museums in the German state of Saxony (Sachsen). One of these 77 institutions is the Polizeihistorische Sammlung Dresden, a small museum that exhibits items related to police and crime history.

Secret messages in a museum collection

According to the Museum Digital Sachsen site, the Polizeihistorische Sammlung Dresden owns 27 items that are tagged “Geheimschrift”. Nearly all of these are highly interesting for a crypto history enthusiast like me. The collection includes cipher descriptions, encrypted messages, steganographic methods, and similar items, either used by criminals or by police instructors. As far as I can tell, all documents were created before the Second World War. 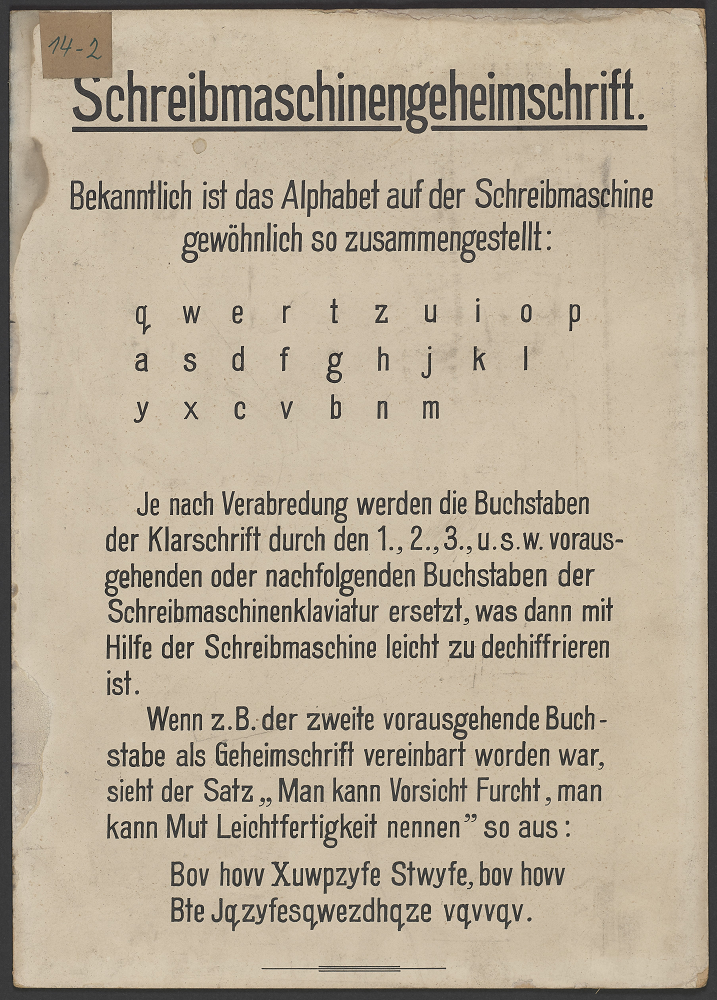 Here’s a cipher based on the cyrillic alphabet: 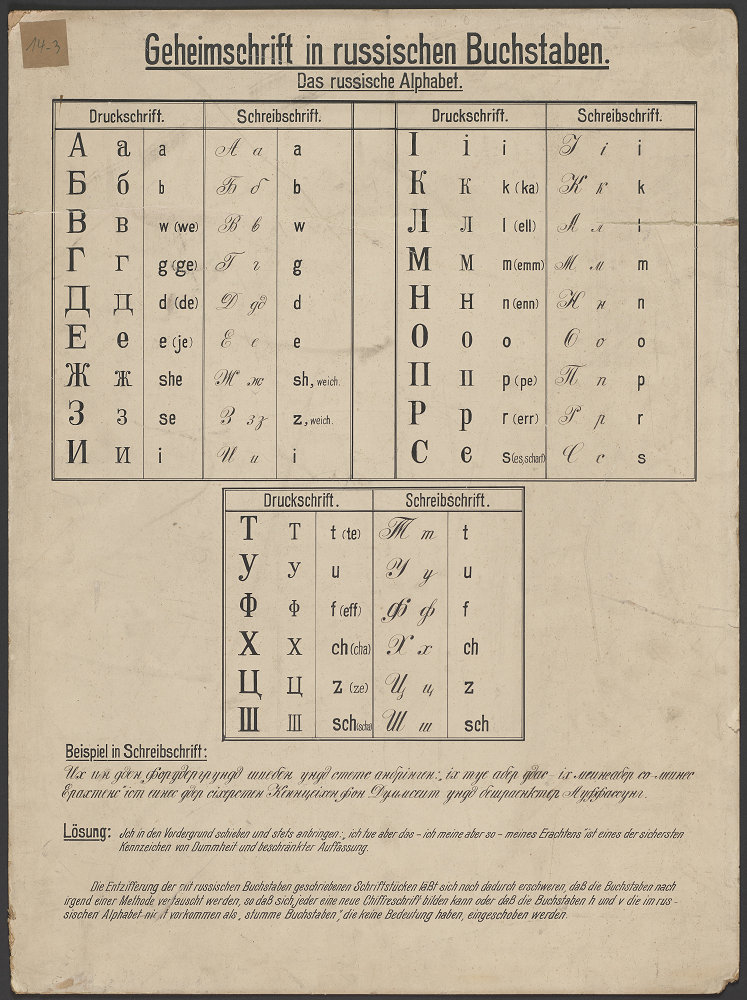 The following is a description of a “simple secret script”: 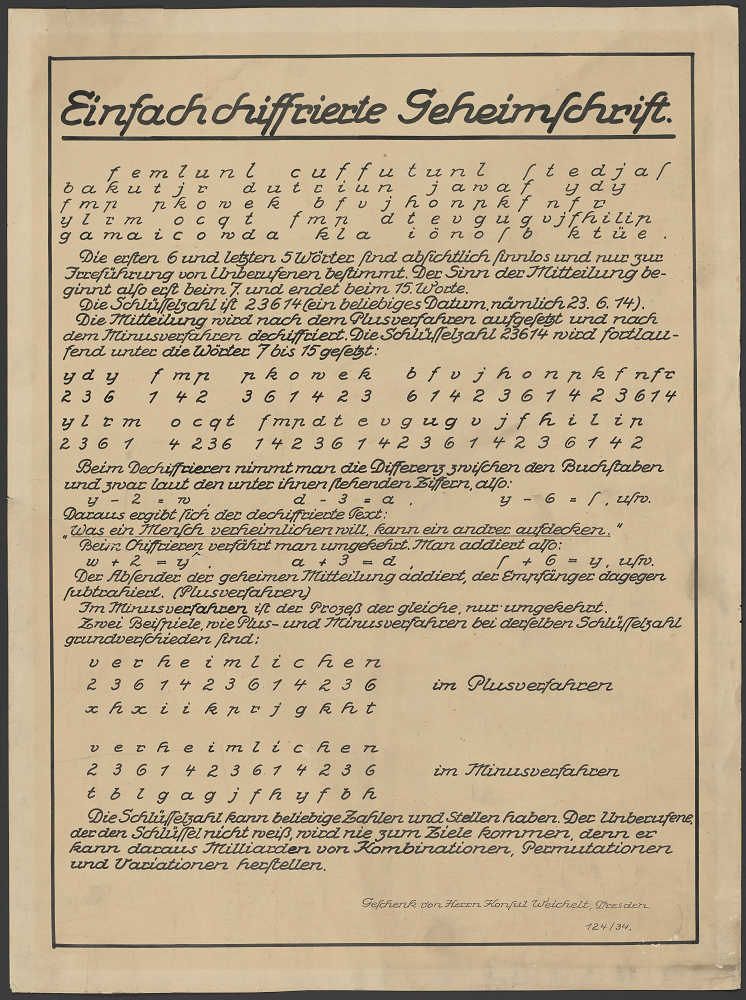 Many of the Geheimschrift documents in the Polizeihistorische Sammlung Dresden are worth to be covered in a separate blog post. Today, I’m going to start with a sheet that shows an unsolved cryptogram: 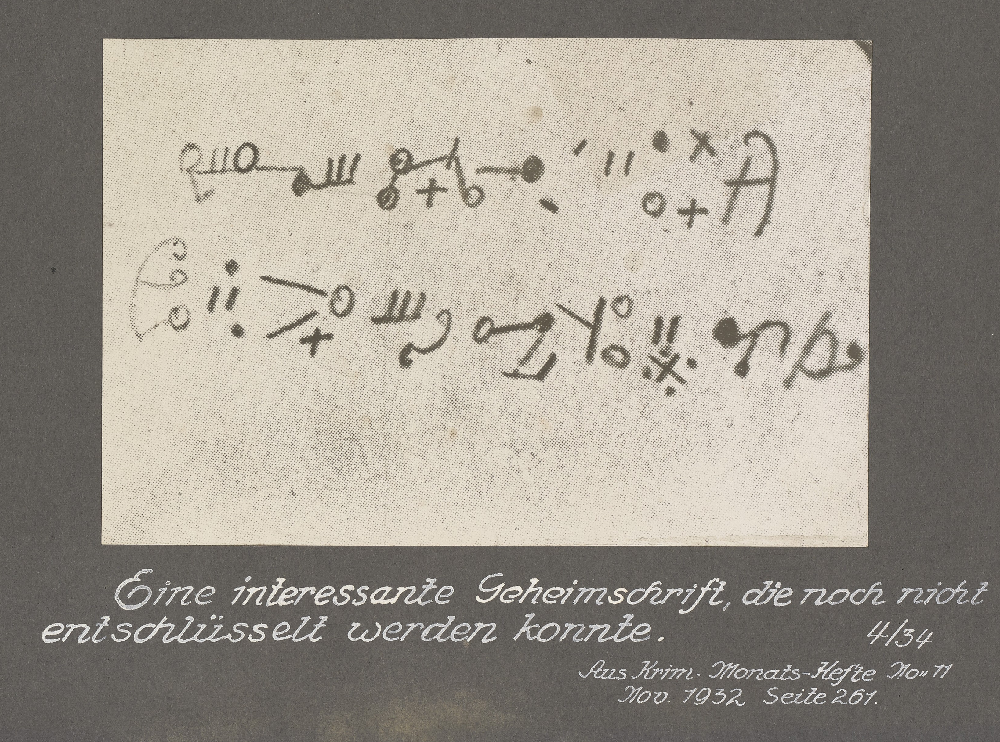 As can be read in the caption of the image, this cryptogram is “an interesting secret script that has not been deciphered yet”. The source is a German journal named Kriminalistische Monats-Hefte (#11, November 1932, page 261). The website provides no information about the background of this message.

It goes without saying that this cipher mystery is a tough one. It consists of only about 20 symbols, some of which stand on top of each other. Frequency analysis is as good a useless, as no symbol appears more than three times. Guessing words appears to be difficult, too.

Can a reader solve this encrypted message anyway?
Follow @KlausSchmeh