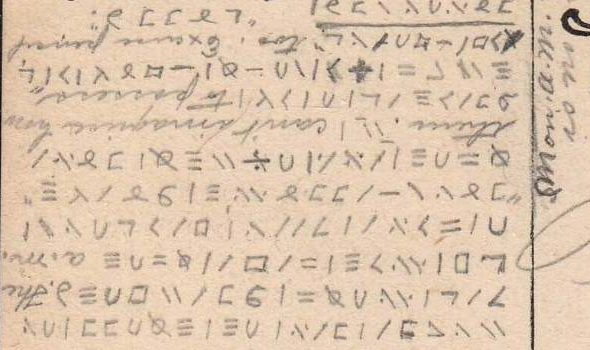 In an online forum, two encrypted postcards from 1911 have been posted. Can a reader solve them?

In 2016, I introduced an encrypted postcard from Ohio I had found in a stamp collectors’ discussion forum. As usual, my readers broke this cryptogram on the same day. 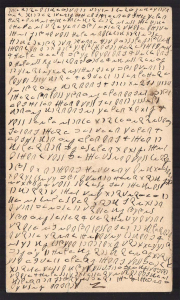 Last week, I received a message from Greg from Pendleton, Oregon, who is a user of the said discussion forum. Greg has recently posted scans of two more encrypted postcards, written by the same person. As no solution has been posted yet, I decided to cover these cards on my blog. I hope and trust that once again my readers will solve them.

The two postcards in question were sent to a certain Arthur Gates, living in Truro, a small town in the Canadian state of Nova Scotia. They are dated 1911. 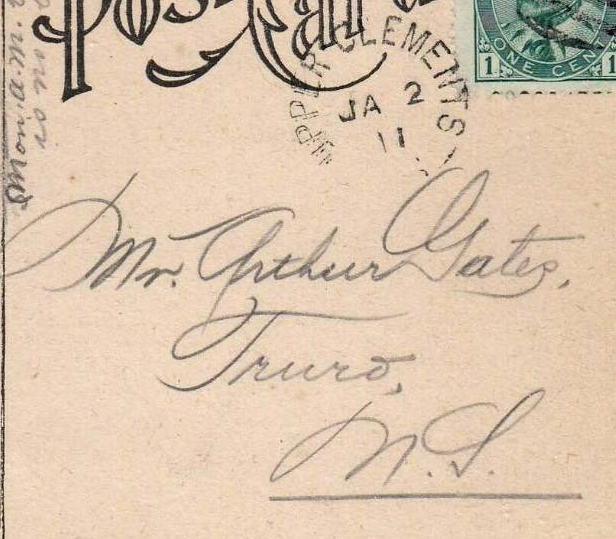 It is unusual that the recipient of these cards was male. Most encrypted postcards were sent by young men to their lovers. The gender of the sender is not known to me.

The first card was sent to Truro from nearby Windsor, Canada. As the ciphertext message is written upside-down, the following scan is turned by 180 degrees: 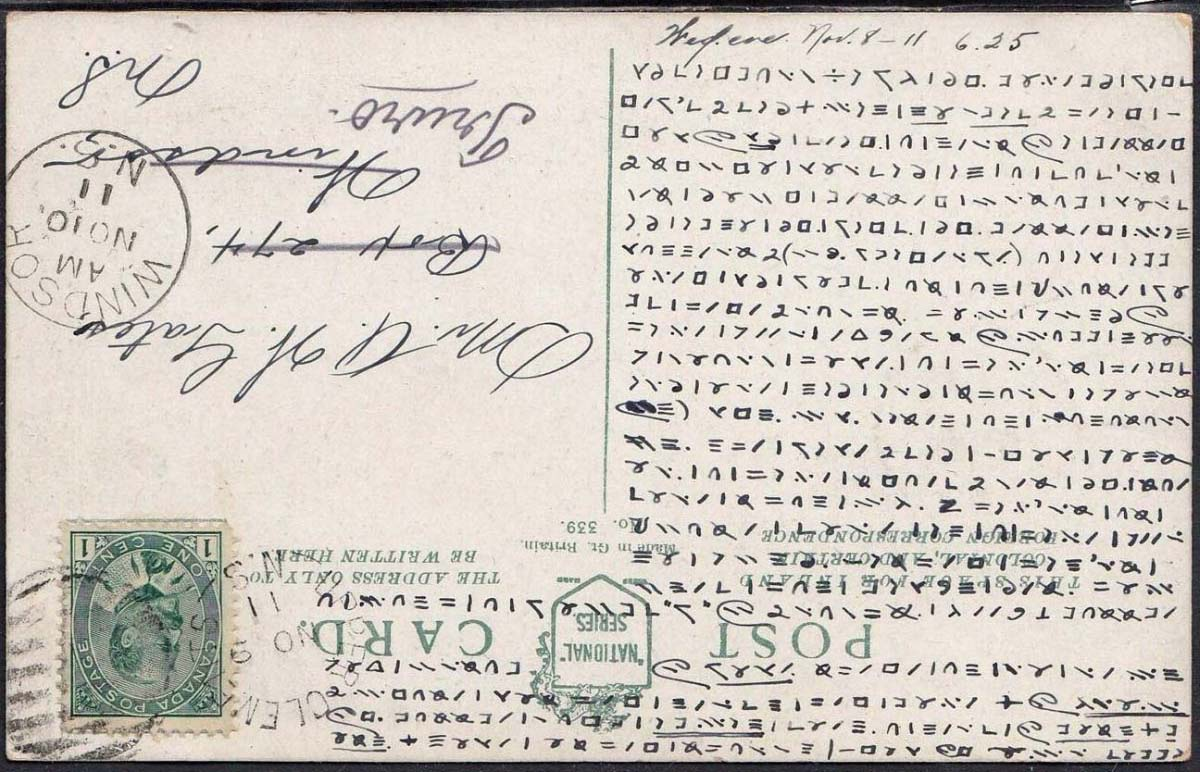 The second card was sent from Upper Clements, another Nova Scotia town (the message is also written upside-down): 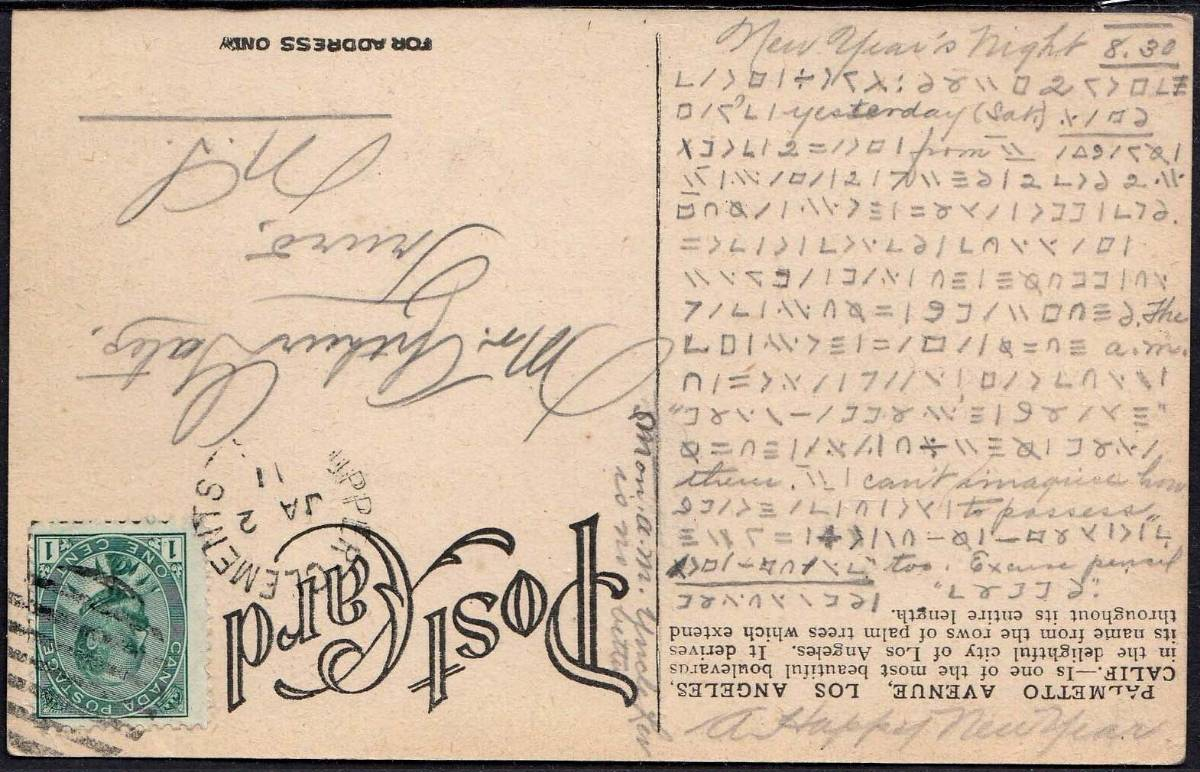 Although French is spoken in parts of Canada, I assume that the plaintext language of these cards is English. This is because the name of the recipient is English, and Nova Scotia has only a small French-speaking minority.

The cipher used is most likely a simple substitution (MASC). As there is plenty of ciphertext available for analysis, word guessing and/or frequency analysis should provide enough information to solve the encryption.

Can a reader deipher these two postcards? Greg and the other stamp collectors from the said discussion forum will certainly be interested to learn what the plaintexts say.
Follow @KlausSchmeh