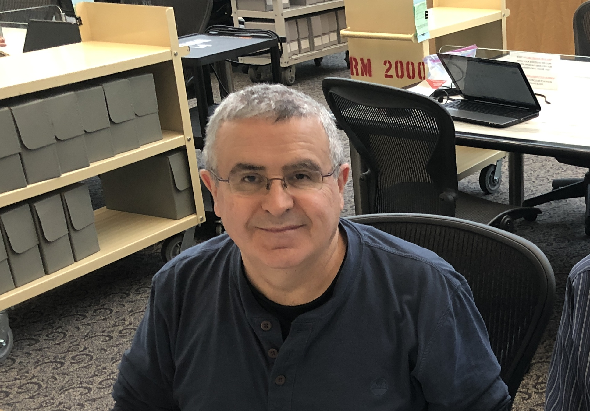 The Israeli crypto expert George Lasry has once again done a great job: He has deciphered 21 encrypted messages.

Last week I reported on the activities of some readers of this blog. Some came together. But who now thought that was all, must now be taught better.

But before I talk about my readers, I would like to point out an activity of my own. I had an appearance in the podcast “B redet” with Christian Becker. It was an interview on the topic of “code breakers versus code makers”. In my opinion, it turned out well.

By the way, Christian Becker would be very happy to receive comments and reviews.

Elonka Dunin, co-author of my book “Codebreaking: A Practical Guide” has not been idle either. She is famously mentioned in the novel “The Lost Symbol” by Dan Brown – under the slightly different name of Nola Kaye. Now Elonka has made it into a book again: In the non-fiction book “Gamer Girls: 25 Women Who Built the Video Game Industry” by Mary Kenney, a chapter is dedicated to her. 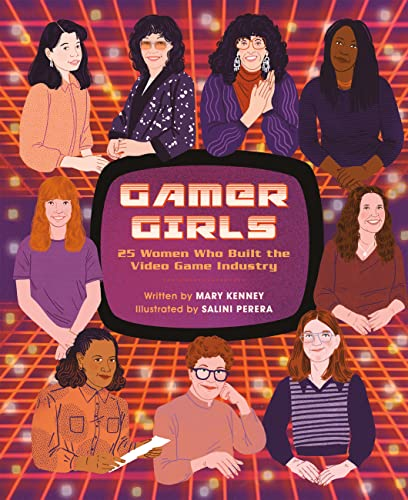 Dave Oranchak has also struck again. His latest video from the “Let’s Crack Zodiac” series deals with the background of an encrypted newspaper ad, with which one wanted to lure the Zodiac killer out of the reserve – unfortunately in vain.

Blog reader Sebastian, meanwhile, was on Reddit and found an encrypted postcard from Texas: 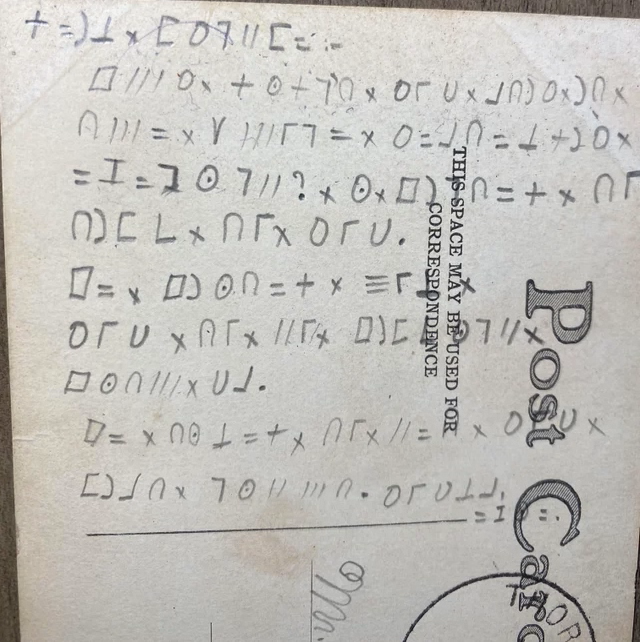 The card has already been solved, which of course needn’t stop anyone from trying it themselves.

Nils Kopal, whose HistoCrypt video I reported on last week, has meanwhile published another video on his Youtube channel. This time it’s about the Enigma.

However, George Lasry – also a reader of this blog – took the cake. 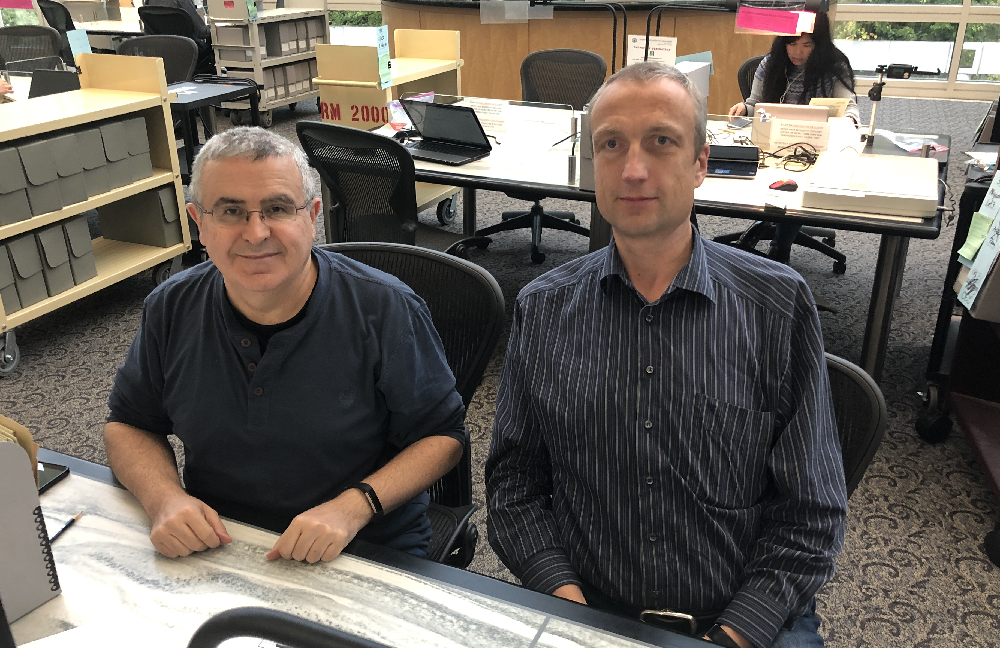 George has solved no less than 21 encrypted messages in the last few months. The cryptograms come from the very exciting website of Satoshi Tomokiyo, which I have blogged about several times. George’s solutions are also listed there.

Most of the messages solved are 16th century letters from noblemen, diplomats and bishops – kings are also included. The encryption methods used are mostly simple nomenclators (only over the centuries did nomenclators become more complex), most of which have numerous homophones. Because of the homophones and the outdated language, these cryptograms are anything but easy to crack. George has thus once again proven his abilities as a genius codebreaker.

Let’s look at an example. The following letter was written by Charles Marillac, a French diplomat, on November 18, 1550, from Augsburg to Cardinal Jean Du Bellay, Bishop of Bayonne:

Here is the key that George identified: 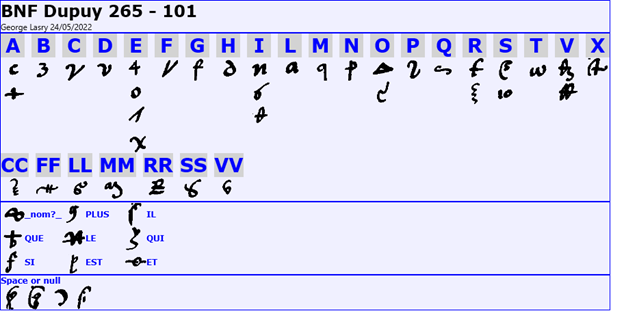 So we are dealing with a simple nomenclator. This includes nine symbols for common French words (“que”, “plus”, etc.) and seven symbols for double letters. In addition, there are four nulls, which are also used as blanks, and homophones for the most common letters. And here is the plain text:

Perhaps a reader will still manage to say something about the content of the letter. Unfortunately, the French language has changed over the last 500 years, which doesn’t make for easy reading.

Once again, I must congratulate George on a great performance. I am sure we will hear considerably more from him.