An unsolved encryption from the 15th century

In 1497, the future Emperor Maximilian I wrote a short encrypted message under an otherwise unencrypted letter. Can a reader solve this cryptogram?

For today’s blog article, I had to take another history lesson. It’s about Maximilian I (1459-1519), an important ruler of the early modern era. 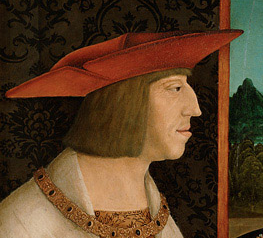 As one learns on Wikipedia, Maximilian came from the House of Habsburg and was Roman-German emperor from 1508 until his death. He was considered a forward-looking and modernizing ruler and was nicknamed “the last knight” because he embodied the ideal of the old Burgundian chivalry, which had already dwindled by then.

Last week I received an email from Zoë Maula, a Dutch woman. Zoë studied Japanese studies in Leiden, but she is also interested in the history of the Netherlands in the 15th century.

During her research, Zoë came across a letter from 1497, signed by Maximilian I. Here is a scan of it: 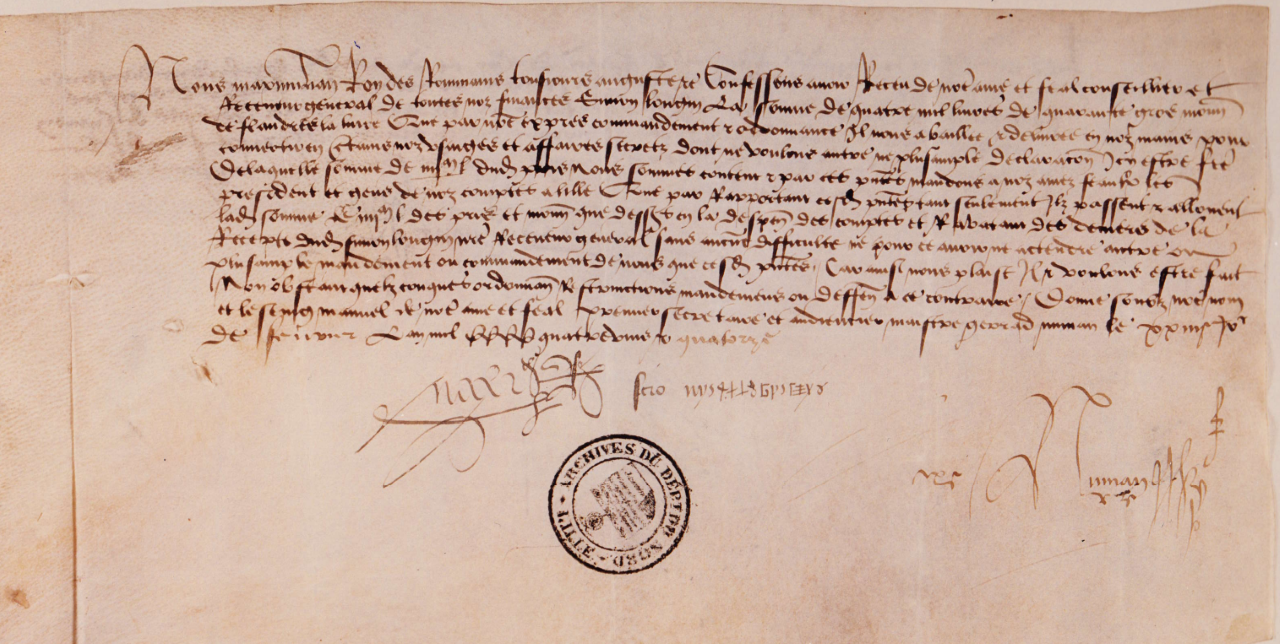 The letter, otherwise written in plain text, contains a short encrypted message to the right of the signature:

Unfortunately, Zoë did not manage to solve this cryptogram. She therefore turned to Satoshi Tomokiyo, who thankfully referred her to me.

During her research, Zoë also came across a document of Maximilian I dated March 10, 1495, which is mentioned in a book. This, too, contains a coded text:

It could be the same encryption method.

The first encrypted message of Maximilian I consists of only about 14 symbols. So it is a microcryptogram (I have used the term “minicryptogram” so far, but “microcryptogram” seems more appropriate to me). A microcryptogram is often difficult to solve, especially if – as is the case here – the letters or symbols hardly repeat.

In front of the encoded text the Latin word ”Scio” (“I know”). This could give a hint to what follows.

The second cryptogram is a bit longer. Perhaps the total of almost 40 symbols is sufficient for a frequency analysis.

Regardless, it seems possible that such an important personality as Maximilian I left behind more cryptograms or other helpful information. Perhaps a reader can help further. Zoë Maula and I are looking forward to corresponding hints.

Hint: The original version of this article did not include the second cryptogram.