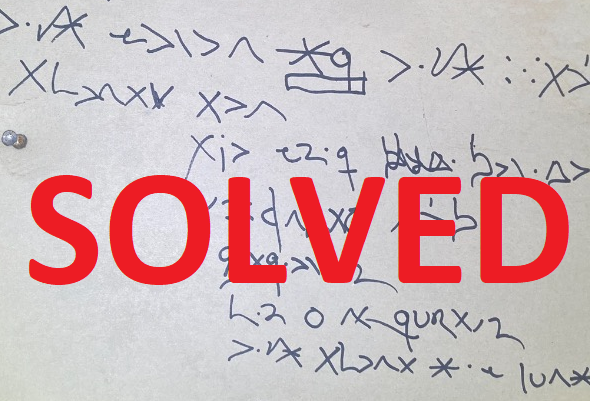 First of all, I would like to do some publicity. HistoCrypt, Europe’s most important conference on crypto history, was cancelled last year due to Corona. This year, at least, there will be an abbreviated online edition. It will take place on September 20, 2021. There is no charge to attend.

The highlight will be a talk at 4 p.m. titled “Solving the Zodiac Killer’s Cipher,” given by Dave Oranchak, Jarl Van Eicke, and Sam Blake. As mentioned several times, solving the second Zodiac message after more than 50 years is the largest non-military decryption success in history.

The cryptogram in the basement

Two weeks ago, I blogged about a story that Robert Simpson, the librarian at the NSA Museum near Washington, relayed to me. The request came from Mike Rosinky and his cousin Scott Gelotti. The two told of a house on the coast in central California that was built in 1984. Scott Gelotti has lived there since 2016, and at some point he noticed that there was coded text on the wall in the basement: 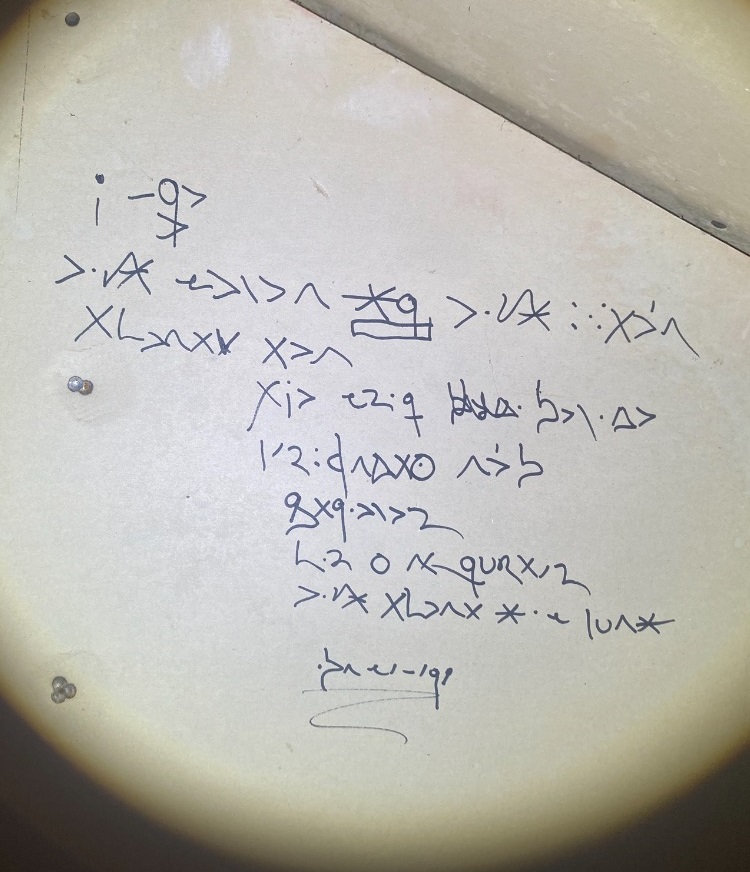 Scott is pretty sure that this cryptogram was created before he bought the house. So it must be older than five years. To the left of the message, you can see screws in the wall. Presumably a picture or something similar was hanging there, and the writer wrote the text around it.

On the way to the solution

The encrypted message consists of 91 letters. Overall, it looks like a simple letter substitution. Unfortunately, the writing is a bit unclear in some places. On the other hand, the spaces between the words are mostly clearly visible.

Overall, these observations fit well with an English text. However, the three-letter word beginning with “>.”, which occurs twice, seems strange. This term should therefore be ET?, EA?, EO? or EN*. This matches some English words, but not a particularly common one.

The Cipherbrain reader mjw guessed that some of the words in the ciphertext stand for numbers. He read the second to last line as EIGHT TWENT THIS MONTH. If that was true, the puzzle was almost solved.

Yesterday Scott Gelotti informed me that he had found the solution. With the help of Geoffrey’s and mjw’s comments, which turned out to be correct, he had hit on the right track. A friend named Jeff had helped him. As it turned out, some of the symbols stand for pairs of letters:

This resulted in the following decryption: 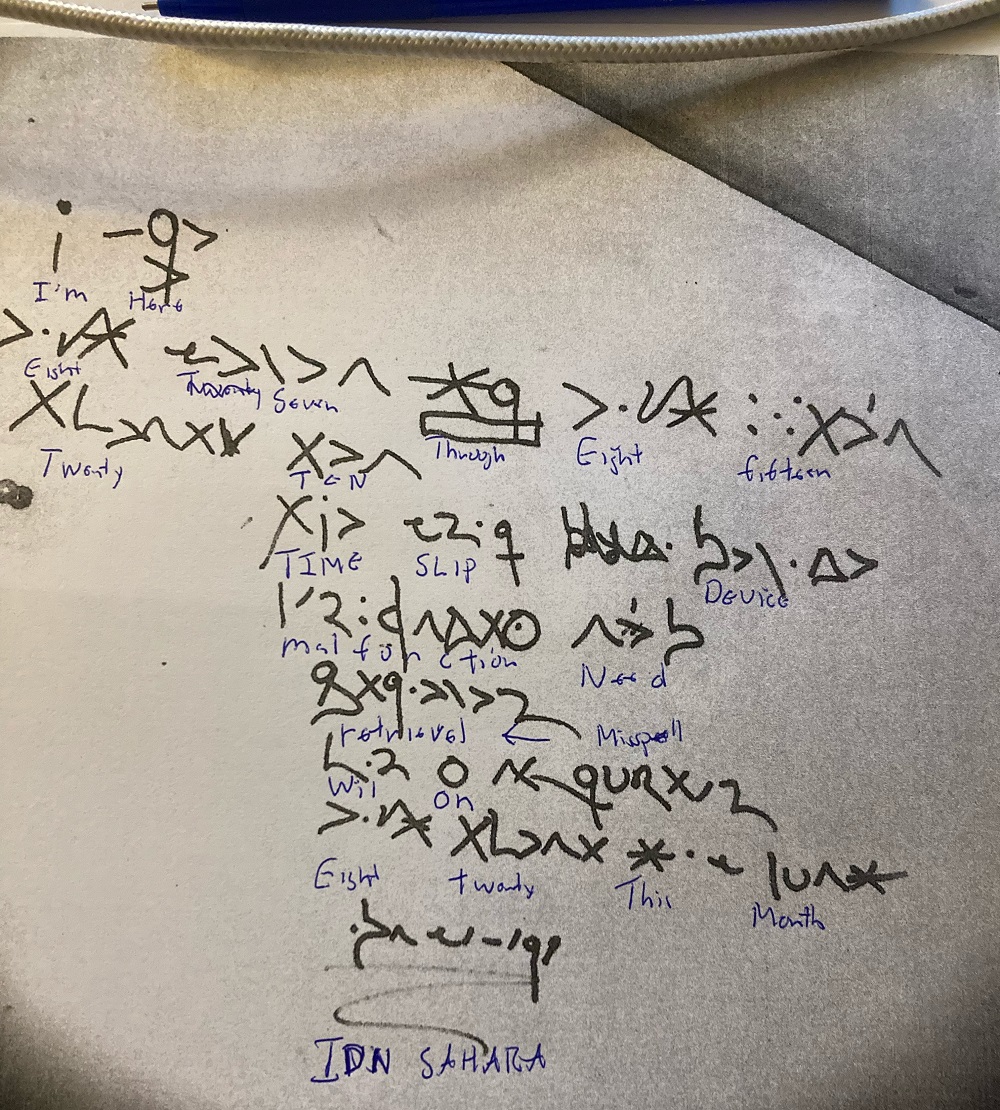 Here is a transcription of the plain text:

Two questions still remain open. On the one hand, the third last line is not yet completely decoded.

And second, I wonder what this text is supposed to mean. According to Scott, this message reads like a note from a time traveler. He has probably landed in the year 2010 and notes that his time machine is defective and that he needs help. That a time traveler has actually immortalized himself here is, of course, rather unlikely. But it may well be that the author of the lines was a prankster who wanted to create this appearance. Or is this an allusion to a work of science fiction that I am not familiar with?

Can a reader help clarify these last questions?

Further reading: An unsolved encrypted inscription on a medieval sword