StartseiteCipherbrainCipherbrain will be discontinued at the end of the year 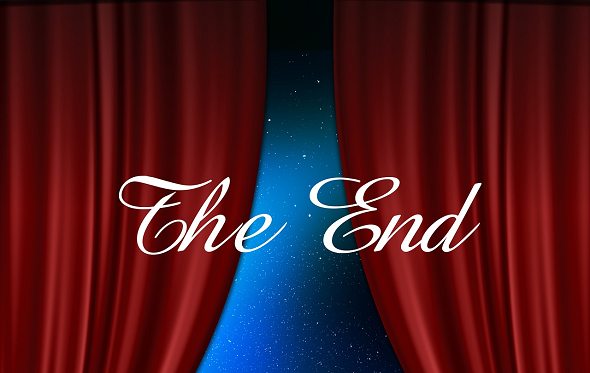 Cipherbrain will be discontinued at the end of the year

Unfortunately, the Scienceblogs.de platform will be discontinued at the end of 2022. As a result, Cipherbrain also loses its homeland. Since no successor solution is in sight so far, this blog will not be continued for the time being.

An end with an announcement

Scienceblogs.de has been a loss-making business for the operator, the Konradin Media Group, for years. The company did not want to invest in marketing measures that could have attracted new readers to the portal. In addition, numerous bloggers have dropped out in recent years, which has made the situation even worse. So it comes as no surprise that the decision was finally made to close the shop.

In this context, it was repeatedly heard that blogs as a medium are generally on the decline. Young Internet users in particular now prefer other forms of communication, especially videos. However, Cipherbrain is still going strong and my readers are as successful at breaking the code as ever. However, in recent years I have observed that fewer and fewer page views came from other Scienceblogs.de pages – so the principle that the various blogs strengthen each other no longer worked.

Konradin’s decision to shut down Scienceblogs.de naturally affects the other bloggers on this platform as well as me. We have therefore exchanged ideas in the last few days, but unfortunately have not found an acceptable alternative. There is no counterpart to Scienceblogs.de that we could just switch to. Some will likely take over a Scilogs column run by the “spectrum of science”. Of course, there are also columns of this kind in other online publications. For me, however, this is an option that I have yet to examine.

Of course, we science bloggers could join forces and set up our own new platform. However, we agreed that that would be too time-consuming, especially since we would have to start from scratch and therefore probably also have to invest in marketing. It would be years before we could get larger traffic.

And of course I could also run my blog independently without having a platform to back me up. However, experience shows that the number of users would drop significantly compared to a blog portal – not to mention the greater effort.

So there is currently no acceptable perspective, and unfortunately that means that in a good four weeks Cipherbrain will be over for the time being. First of all, I will use the time gained for some other publications. For example, I have some interesting article ideas for iX magazine in the drawer that I would like to take this opportunity to implement. In contrast to a Cipherbrain contribution, there is a reasonable fee for an iX article, which I am of course happy to take with me.

I will also soon be publishing a 30-page white paper on post-quantum cryptography. The next book will be out in Spring 2023 in the form of the US edition of Codebreaking: A Practical Guide, which I co-authored with Elonka Dunin.

The web addresses schmeh.org and cipherbrain.net will of course remain and I will provide content there.

How well Cipherbrain is still going can be seen, for example, in Matthew Brown’s current Friedman Ring Challenge, which has been keeping my readers busy for three weeks now. Over 170 reader comments have now been received, making this the second most commented article in the history of this blog. And the solution has not yet been found, so there will certainly be further comments.

Of course I want to continue the Friedman Challenge even after this blog has ended, but I can’t make any promises at the moment. My Encrypted Book List should also be preserved and continue to grow. Unfortunately, I can’t say anything concrete about this either.

Despite everything, things will continue as usual on Cipherbrain for the next four weeks. There are enough topics and the comments from my readers will certainly not diminish until the end of the year.

By the way, I am happy to receive tips for future projects. Does anyone know of a blog or video format that would also be suitable for the topic of encryption technology? I’m open to any suggestions.