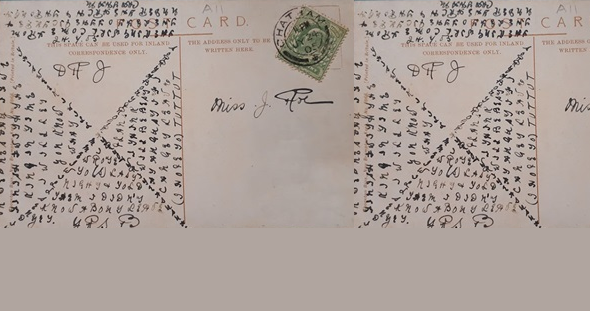 The “Dickens Project” has offered a prize for decoding a shorthand text by Charles Dickens. In addition, you can – unfortunately without the possibility of winning – decode some postcards.

Blog readers Ralf Bülow and Thomas Bosbach have thankfully alerted me to a new website that should be of extreme interest to Cipherbrain readers. 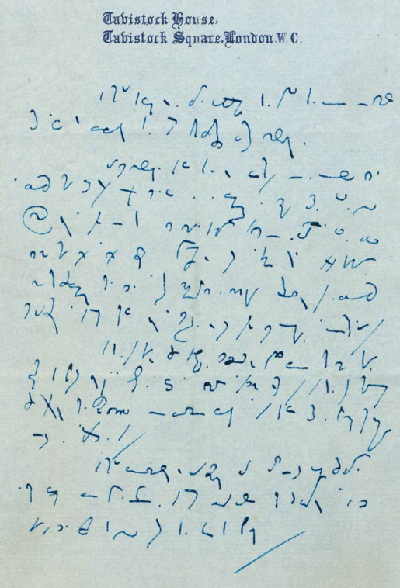 Quelle/Source: The Morgan Library and Museum

The exact conditions for participation are available here. The deadline for entries is December 31, 2021.

Unfortunately, the website does not give any information about the background of the message. Therefore, I do not know when Dickens wrote it.

What is clear, however, is which writing system Dickens used. It is the Pitman shorthand, which was very popular in England at that time. Since there are probably still many people who can read Pitman, I assume that there will be many correct submissions. Perhaps a Cipherbrain reader might feel like participating as well.

In addition to the Dickens text, the website in question presents three postcards. Two of them are also written in the Pitman shorthand and therefore not quite as interesting for this blog. They are also already solved.

The third card is encrypted. The solution is not given on the website. The picture page shows a bridge in Chatham (east of London): 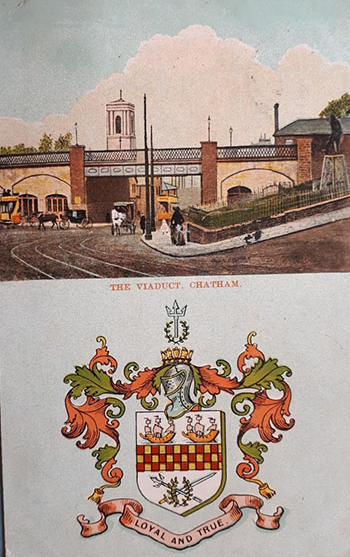 On the text page, you can see that the card was postmarked in Chatham in 1905 (unfortunately, there is no higher resolution image on said page): 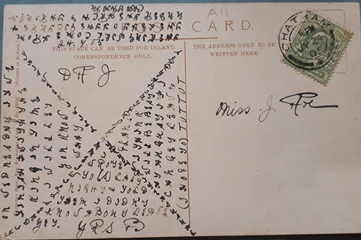 The recipient is, as almost always in such a case, an unmarried woman (Miss). Her last name could be Poe. Interestingly, no address is given.

The message consists partly of letters, partly of symbols. It should be somewhat more difficult to decipher than most other encoded postcards from the period. Will a reader make it anyway?

For example, I find the word TUTTUT on the far right interesting. Is this the encrypted version of an English word? With CrypTool 2 I could not find a word with this pattern. Can a reader find out more?