StartseiteCipherbrainHistoCrypt 2022: Encrypted postcards and other highlights 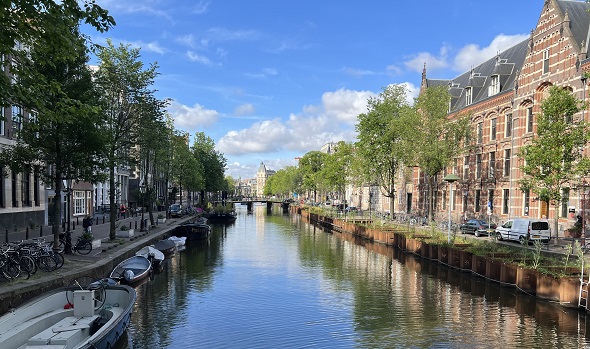 HistoCrypt 2022: Encrypted postcards and other highlights

Finally there is a HistoCrypt again. Already the first two days were worth a visit.

For the first time since the beginning of the Corona epidemic, a HistoCrypt conference is currently taking place again as a presence event. The venue is Amsterdam, where “Local Chair” Karl de Leeuw has rented the Trippenhuis for the event.

HistoCrypt is the most important European event on crypto history. After the last edition was held in Mons (Belgium) in 2019, the HistoCrypt planned for 2020 in Budapest was cancelled due to Corona, after which an online version was held in 2021. There will now be the 2022 edition in Amsterdam from June 19-21. 48 participants will be there.

As always, there are numerous talks on crypto history on the program. Many of the participants may be familiar to Cipherbrain readers, including Paolo Bonavoglia, Marek Grajek, Karl de Leeuw, Magnus Ekhall … 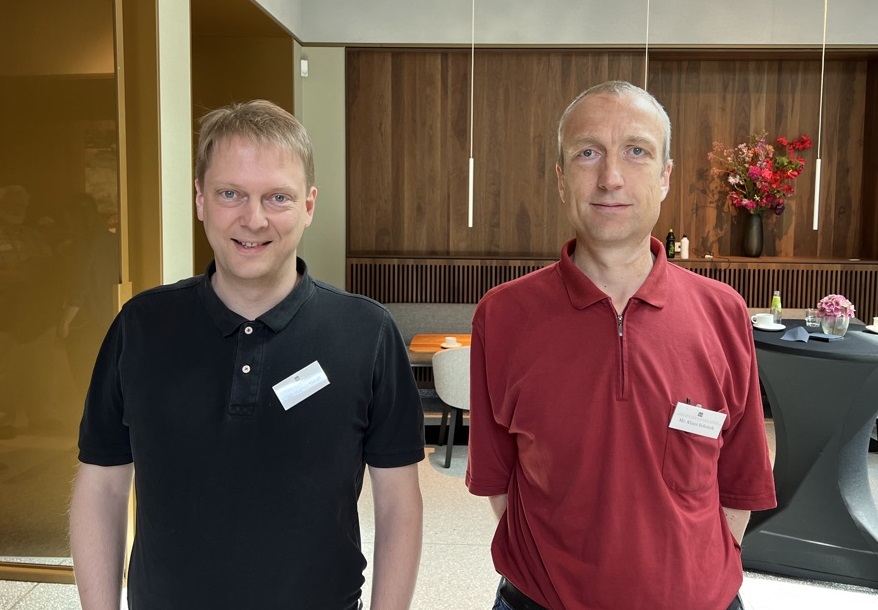 … , David Scheers, Gerhard Strasser, Benedek Láng, George Lasry (the latter gave his two talks via videoconference as he could not come in person) and Dermot Turing. I was especially pleased to see the Australian Richard Bean, whom I have never met in person: 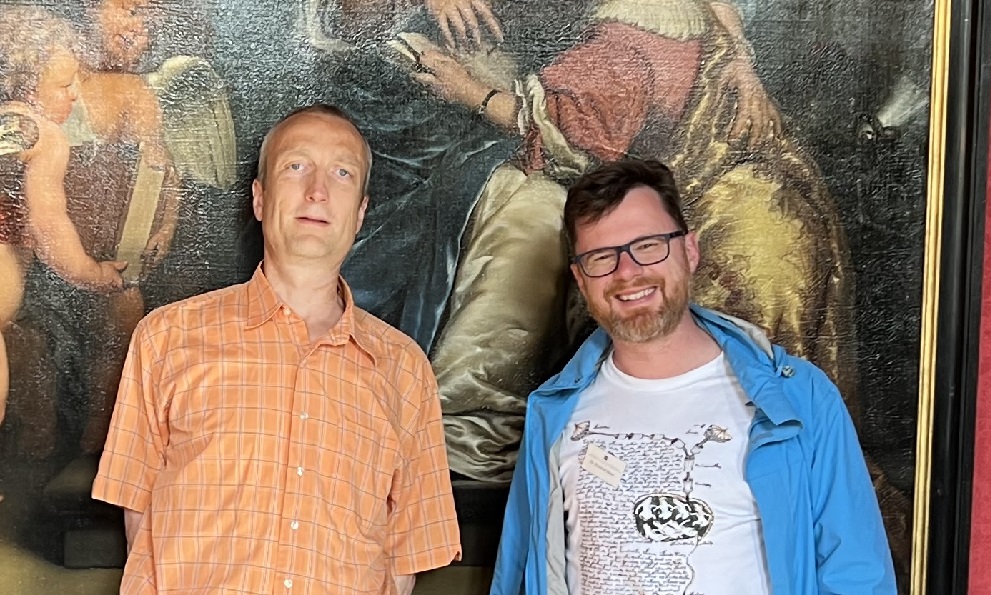 Richard gave a talk about the “Kryptos” sculpture. Joachim von zur Gathen talked about the Zodiac killer and the Z340 message. George Lasry spoke first about the security of the key device 41 (Hitler mill), the operation of which has only recently become known in detail. Later he lectured on the decryption of three encrypted documents. Paul Reuvers and Marc Simons received much applause for their keynote presentation on Operation Rubicon. Magnus Ekhall reported on the Desch bomb, a U.S. Enigma cracking machine, which Dermot Turing also presented on. Nils Kopal and Michelle Waldispühl showed how they had solved two encrypted letters from the 16th century. Nino Fürthauer gave a talk on the double cube, which has also played a role on this blog several times.

Nils Kopal demonstrated the CrypTool software in the poster session, which has more and more features. Paolo Bonavoglia also showed a poster.

There will be more presentations tomorrow. The conference proceedings are available online. As “Steering Committee Chair”, I myself had to miss a presentation this time, but I was “allowed” to chair the Business Meeting. On this occasion, I have passed on my office to Dermot Turing, with whom it is undoubtedly in good hands. 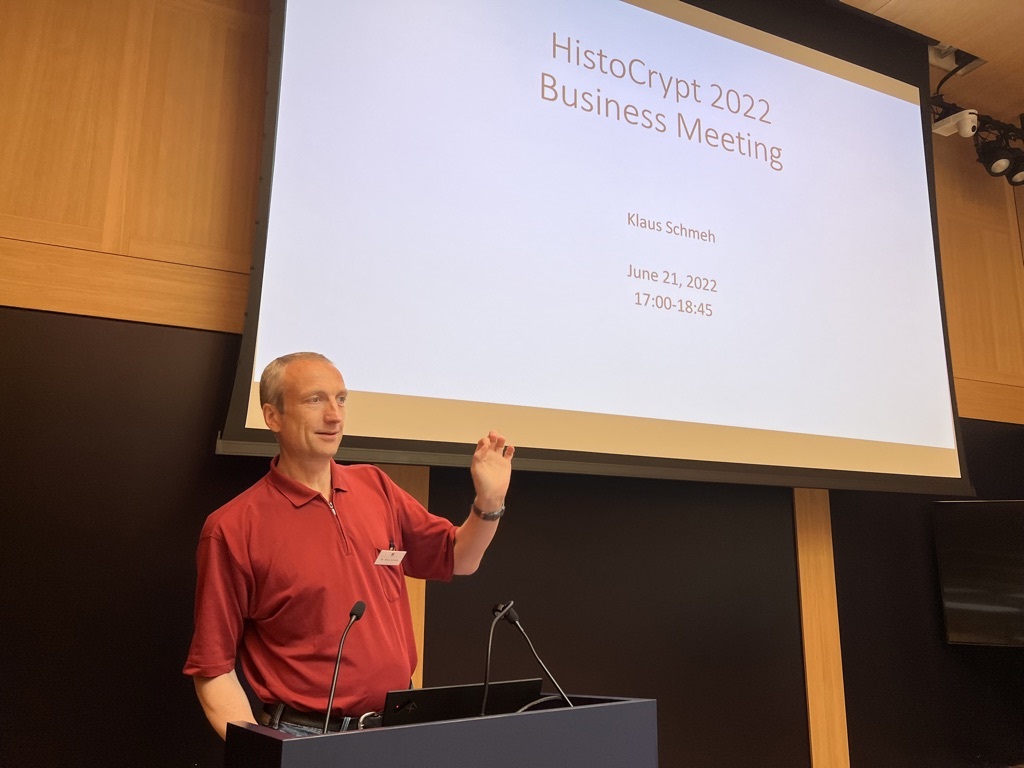 One of the highlights was without a doubt the presentation of Tobias Schrödel, who might also be known to readers of this blog. Unfortunately, Tobias (like some others) could not come to Amsterdam and therefore gave his talk via video conference. As an excellent speaker, he quickly captivated the audience via video as well.

Tobias’ topic was encrypted postcards. The following slide, for example, shows messages hidden under the stamp: 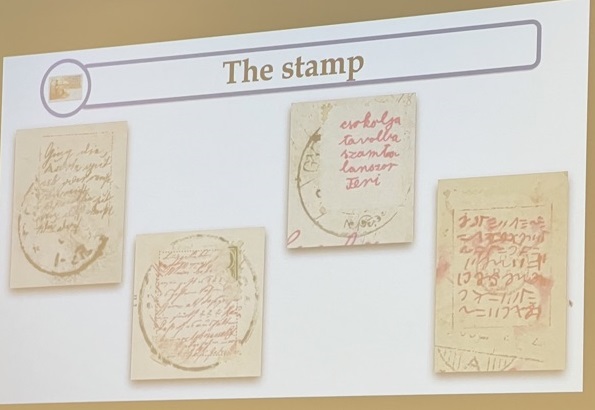 Normally, of course, the encrypted messages are not under the stamps, but in the usual place. I found especially interesting a few statistics that Tobias presented. One of them referred to the time when the encoded cards in his collection were created:

This means that about 90 percent of encrypted postcards were created in the first two decades of the 20th century. This is probably also true for those cards I presented on Cipherbrain.

I can also confirm Tobias’ statement that almost all encrypted postcards were encrypted with a simple letter substitution (including the Caesar cipher, the Pigpen process, and the Morse alphabet). There are also a few shorthand postcards in his collection, but they are not encrypted in the strict sense. Encrypted postcards on which a more complex cipher method was used are extremely rare.

The following postcard from Gföhl in Austria was not shown by Tobias in his lecture, but it is from his collection: 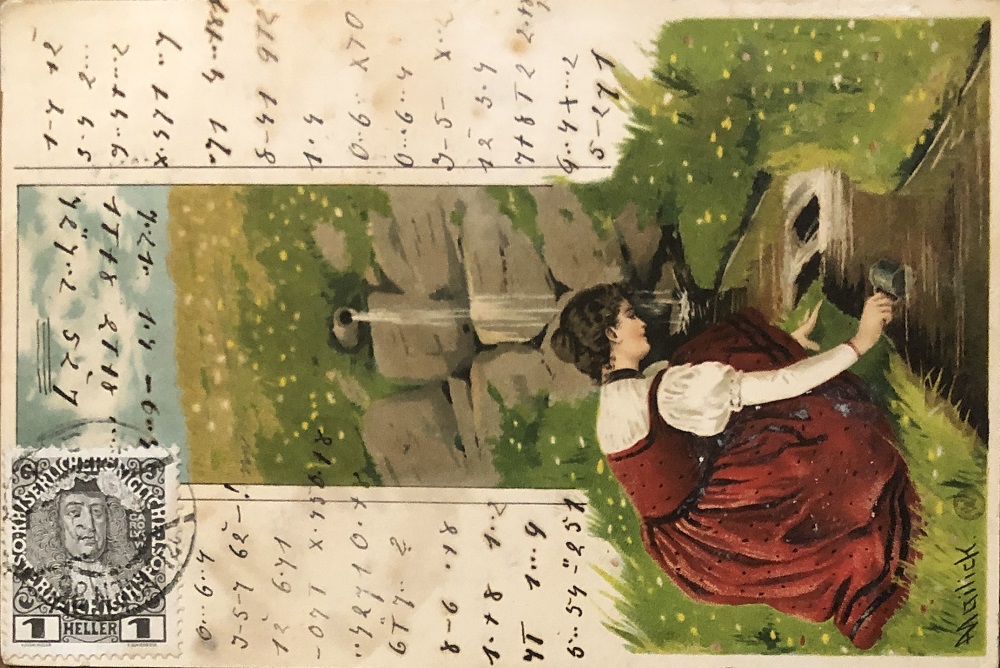 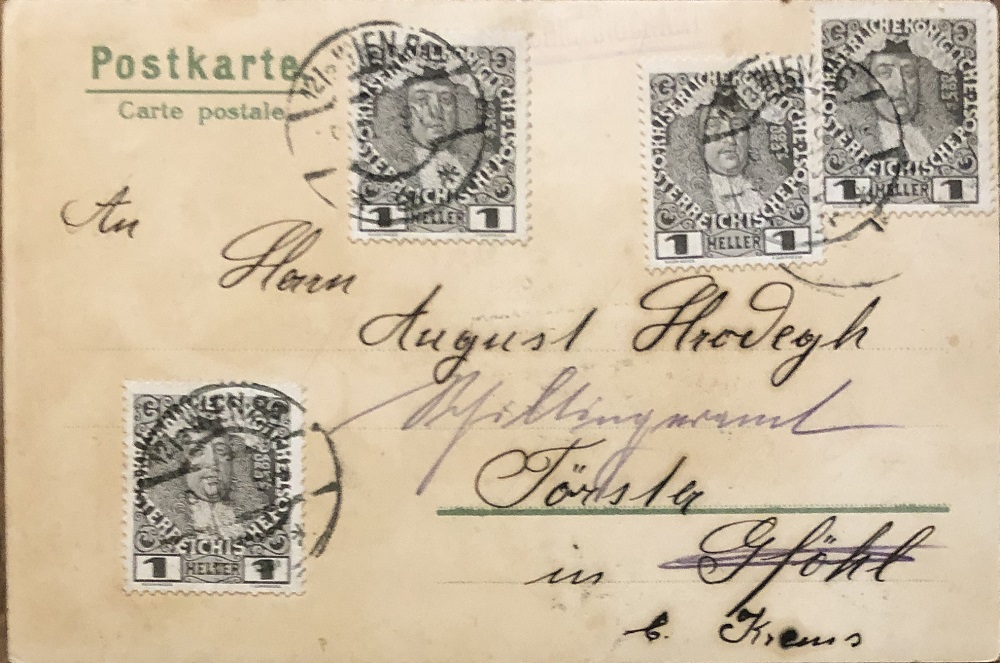 Can a reader solve this cryptogram?