StartseiteCipherbrainStill unsolved: The encrypted notebook of the painter Ludwig Göbel

Still unsolved: The encrypted notebook of the painter Ludwig Göbel

The German painter Goebel left behind a notebook with about ten possibly encrypted passages. Can a reader solve these crypto riddles?

Ludwig Göbel (1889-1964) was a German painter who spent most of his life in Ingelheim (now in Rhineland-Palatinate) and Munich.

During World War I, Göbel served as a volunteer in an engineer unit in Belgium and was severely wounded after only six months. He was not drafted in the Second World War.
Goebel created a large number of portraits, etchings and watercolors. Unfortunately, there is no Wikipedia entry about Goebel, but some other websites provide a lot of information about his biography and art.

Two years ago, I was contacted by Janine Werner, who owns a notebook that Ludwig Goebel left behind. Here is a page from it with two portraits the artist created: 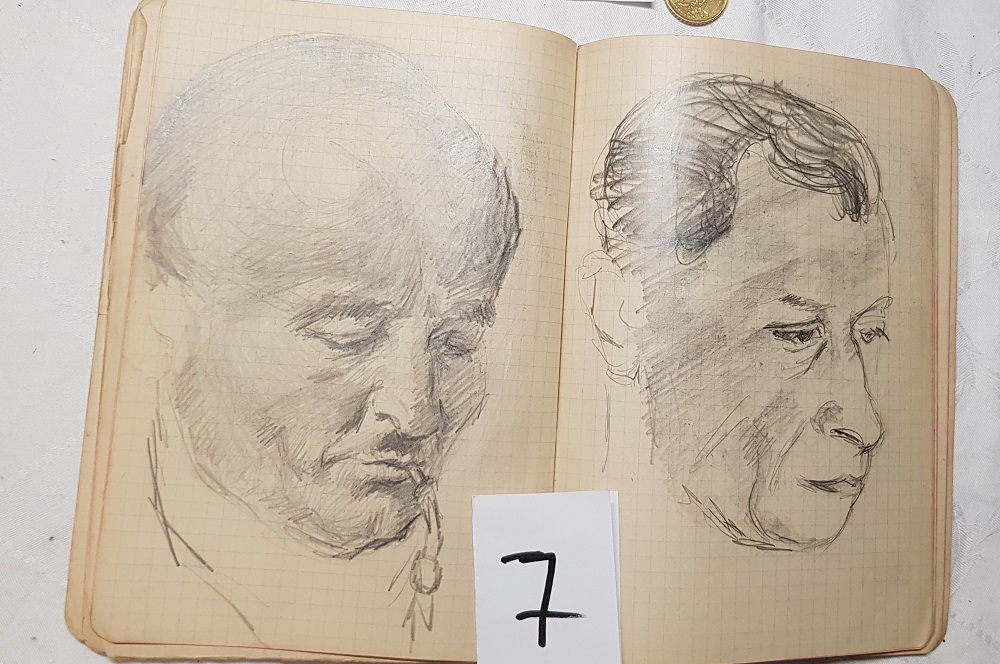 Encrypted (?) text passages can be seen on eight of the notebook pages. 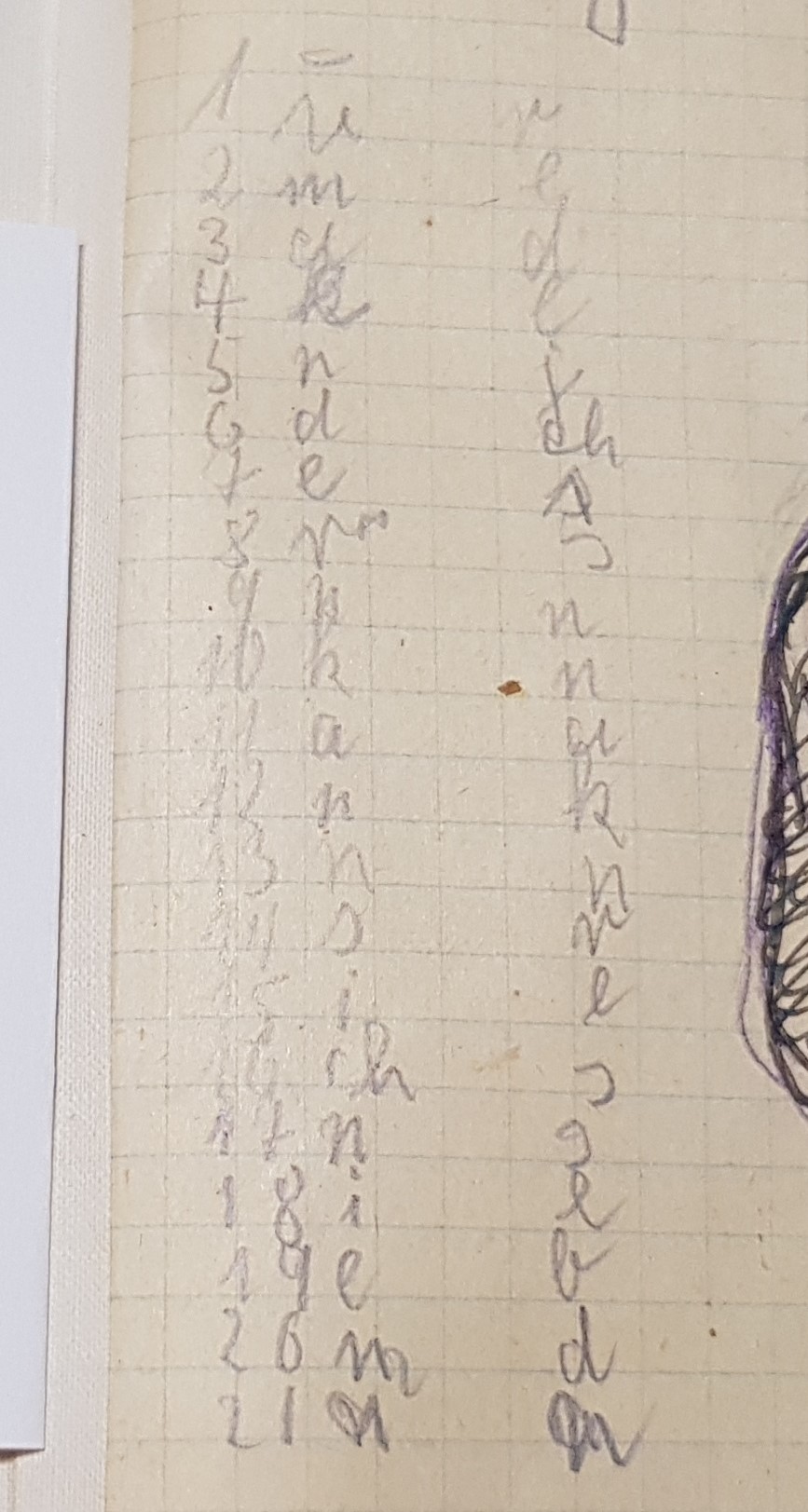 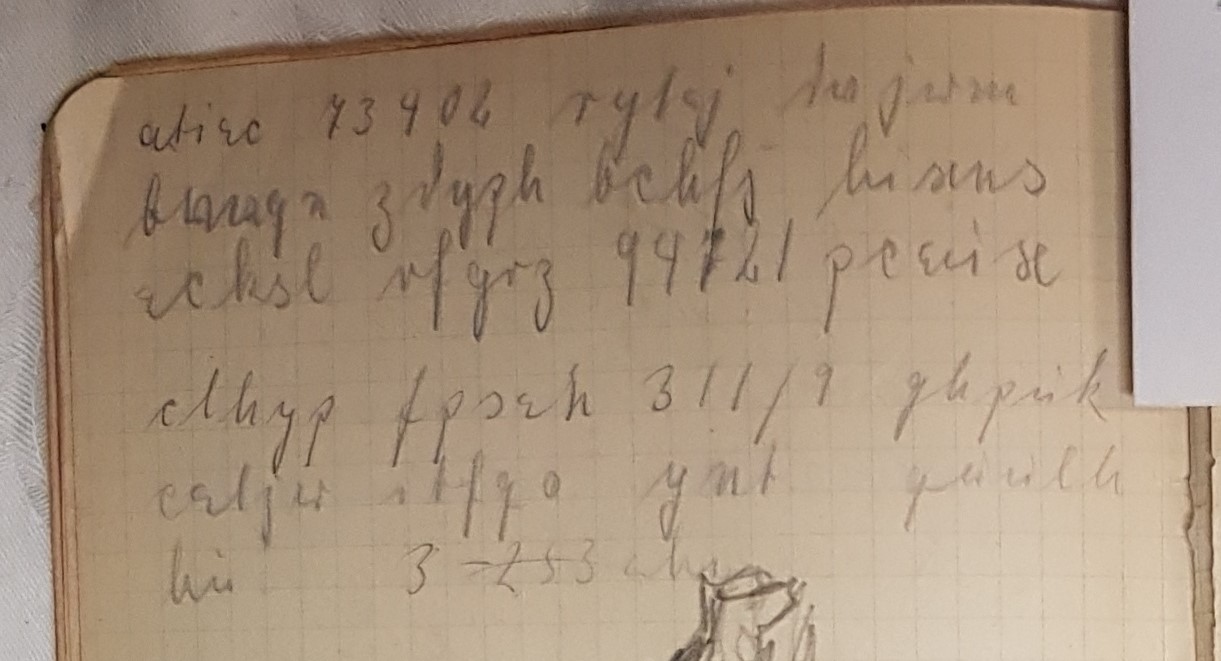 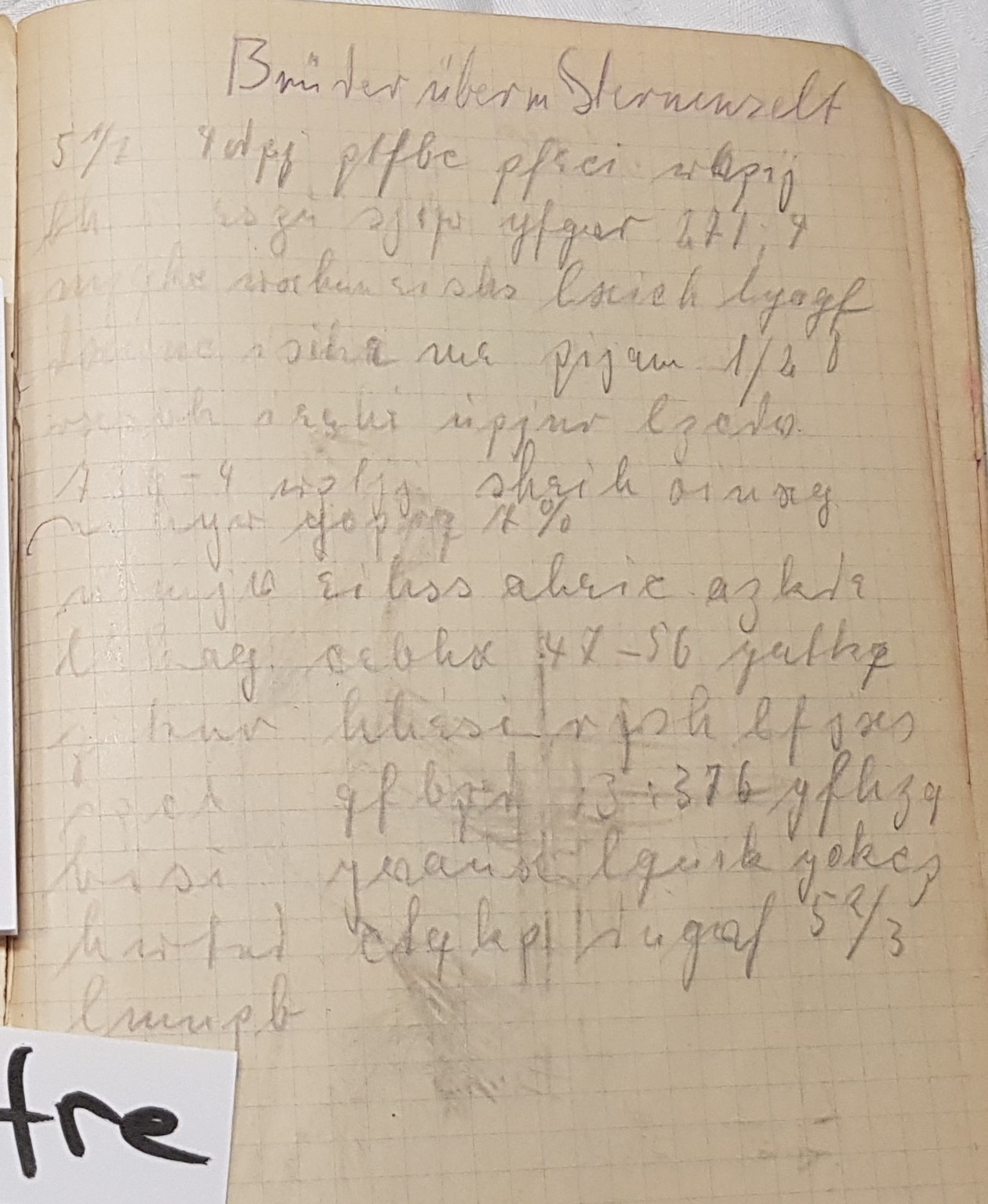 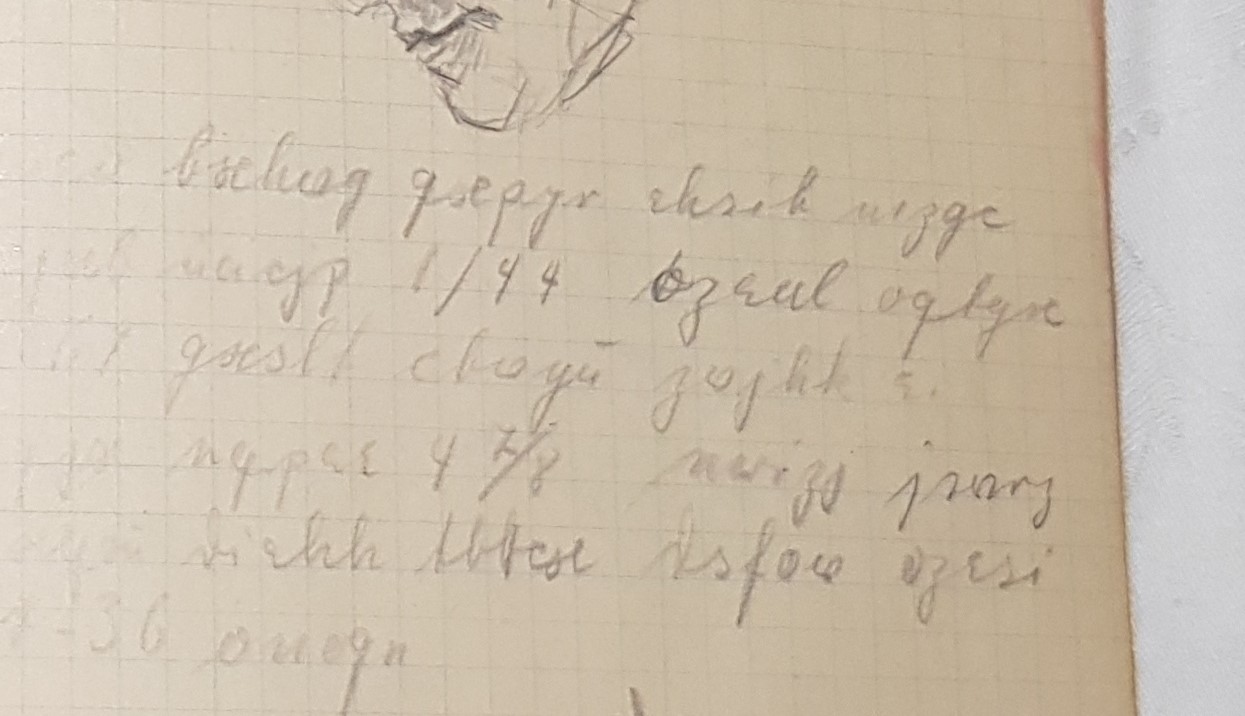 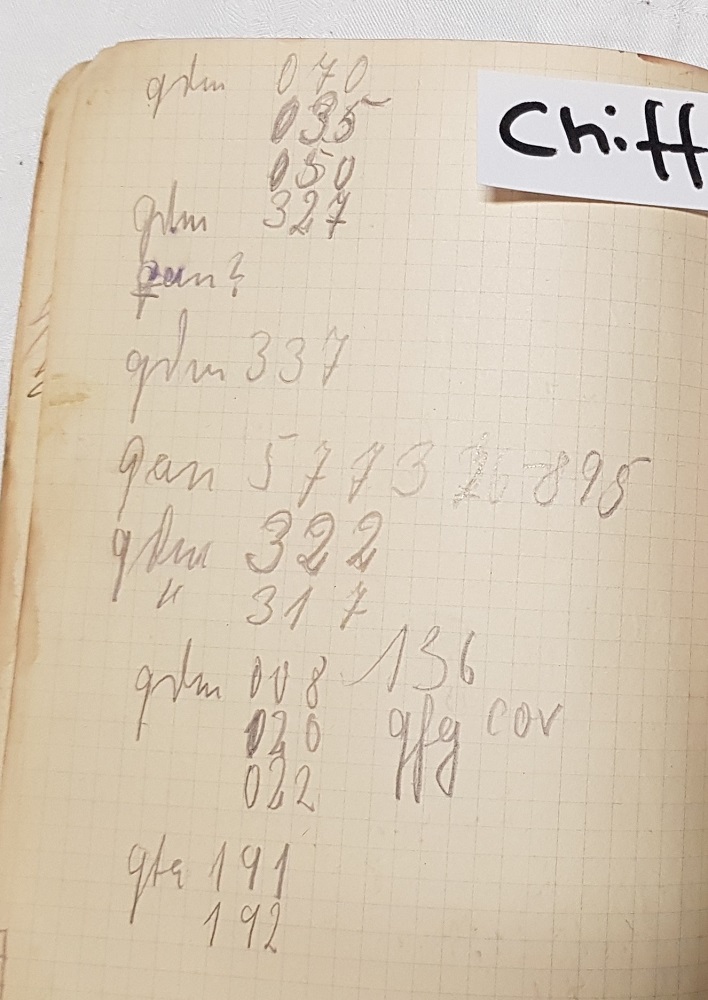 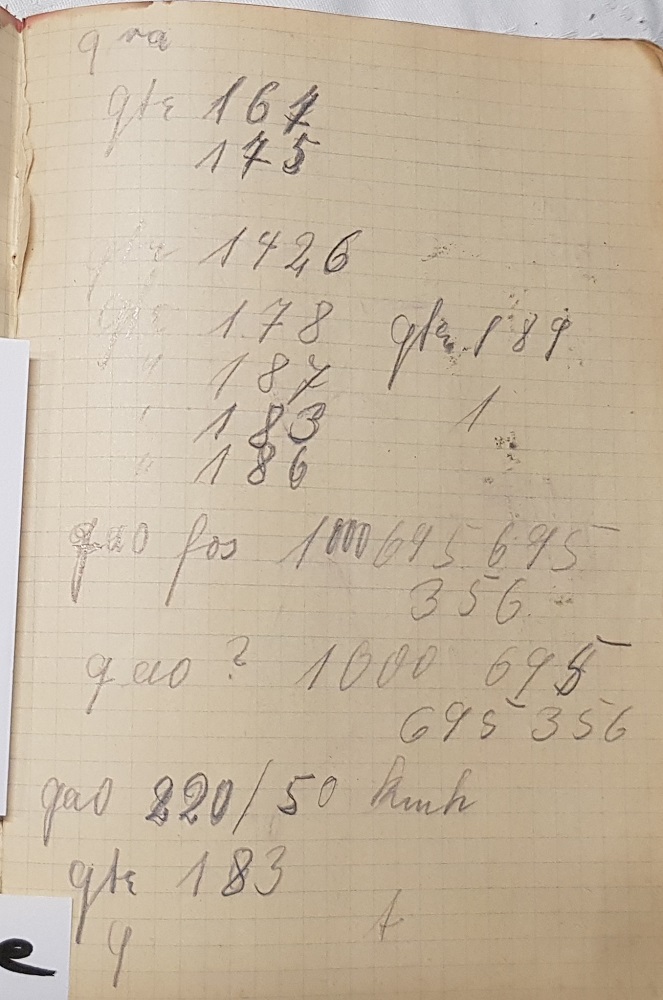 It goes without saying that I have included Ludwig Göbel’s notebook in my Encrypted Book List (#00106).

I first blogged about Goebel’s notebook two years ago. My readers posted some comments at that time, but still the puzzle has not been solved.

In the meantime, the Goebel expert Peter Weiland has also contacted me. Among other things, he wrote me: “That Göbel should have used encryption techniques is completely new to me. In any case, I have not found any hint in his handwritten documents. Neither during his study and military time nor later as a painter in Frankfurt and Ingelheim.”

Blog reader Armin Krauß found out: If you read the first line on page 1 from top to bottom and the second line the other way around, you get the following sentence: “Umaendern kann sich niemand, bessern kann sich jeder.” Does any reader know what that means?

According to blog reader Torbjörn Andersson, pages 7 and 8 do not contain encoded text, but so-called Q-groups, as used in Morse code. Each Q-group encodes a particular message. In this case it is about messages from aviation:

Unfortunately, I do not know if and what Göbel had to do with aviation and Morse radio.

On page 4 there are three-digit numbers. I do not know what these mean. Can a reader help here?

The rest is mostly lower case letters written in groups of five. These lines look like military cipher text. At the top of page 3, one also reads “brothers above the stars.”

Readers Torbjörn Andersson and Gerd Hechtfischer assume that the groups of letters are practice material for someone learning Morse code. The “Brüder überm Sternenzelt” could be part of this material, which is otherwise meaningless. If this explanation is correct, then the letter sequences would have a purpose similar to the contents of the Rilke cryptogram, which I have blogged about several times.

Can any readers say more about Goebel’s notebook?