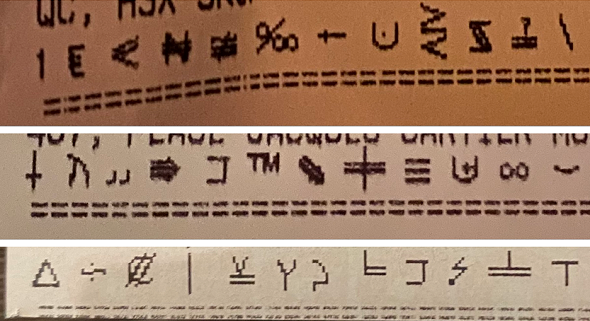 In the Canadian state of Quebec, restaurant receipts are issued with strange codes on them. What these mean is apparently not publicly known. One can only speculate.

The city of Montreal in Canada is represented twice on my Cryptologic Travel Guide created with Christian Baumann. On the one hand, there is the famous Fuck You tombstone, and on the other hand, you can admire the encrypted prayer book of Fabyan Humphreys in a local university library. 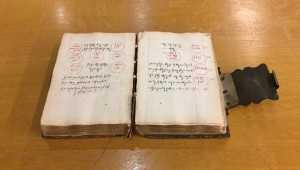 Blog reader and Friedman Ring bearer Christoph Tenzer has now thankfully pointed out to me that there is currently another matter in Montreal that concerns crypto enthusiasts (and not only them). It’s about receipts issued in restaurants. Here is an example (the bottom line is relevant): 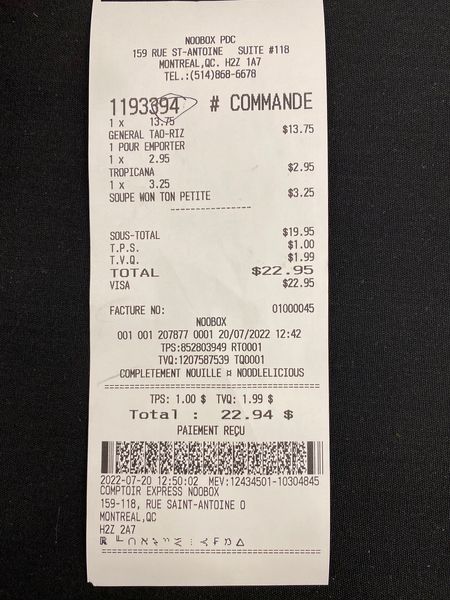 In the last line there is a strange sequence of symbols. Christoph writes: “At the end of every restaurant receipt in the province of Quebec there is probably since about 10 years the barcode, which contains the text above and below and probably also encoded/signed again. At the very bottom, however, is always also a series of 12 characters, probably taken from an interesting symbol font.”

Here are some more examples that Christoph provided me: 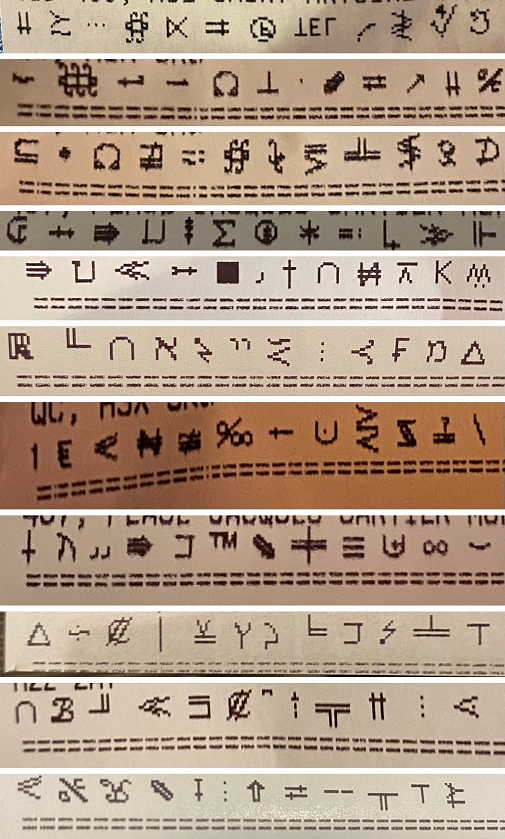 Christoph could find many questions about this story on the Internet, but no answers. Here are a few examples of discussions on the topic. Apparently it is not publicly known how the code works. It is thus an undocumented feature of receipt printers and is reminiscent of the yellow dots that many printer models print out.

The alphabet must be quite large, because hardly any repetitions occur. One Reddit user assumes that 256 different symbols exist, another even suspects that there are 4096.

One possible explanation is that the symbols represent a checksum (i.e., a hash value) over the invoice amount and the other contents of the invoice, with which an auditor can verify the correctness of the invoice. As long as it is not publicly known how the code works, such a feature would make it much more difficult or impossible to forge an invoice.

However, one usually uses a digital signature for this purpose, and I assume that the barcode contains one. So why do you need an additional checksum? The only advantage I see is that this additional sum is human readable. Unless the process is too complicated, a tax official can tell if something is wrong with the invoice without computer assistance.

But why all this? Is it perhaps a fallback solution in case there are no computers or smartphones available in the tax office? In the event of a ransomware or hacker attack, such a situation would be conceivable. This would also explain why nothing is known about the code. The tax authority would not inform its employees until the aforementioned disaster occurred.

Or is there something else behind it altogether?

Questions upon questions. Can any reader find an answer?