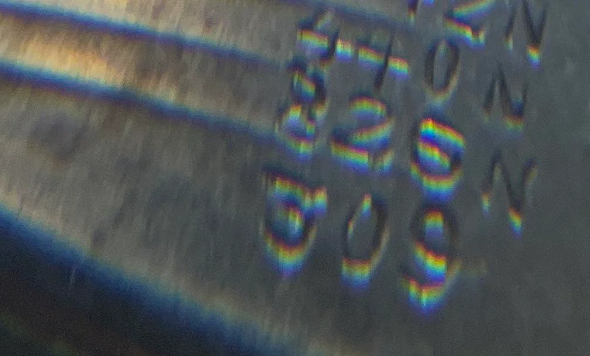 A silver coin from 1924 is engraved by hand with a coded message. Can a reader decipher this message?

In my search for exciting cryptograms, I once again found what I was looking for in the /r/Codes group on Reddit. Four weeks ago, a user named “gbennett7713” posted a photo of a coin on which a possibly encrypted text is engraved by hand. As far as I can see, no one has found the solution yet.

The message on the peace dollar

Here is a picture of said message: 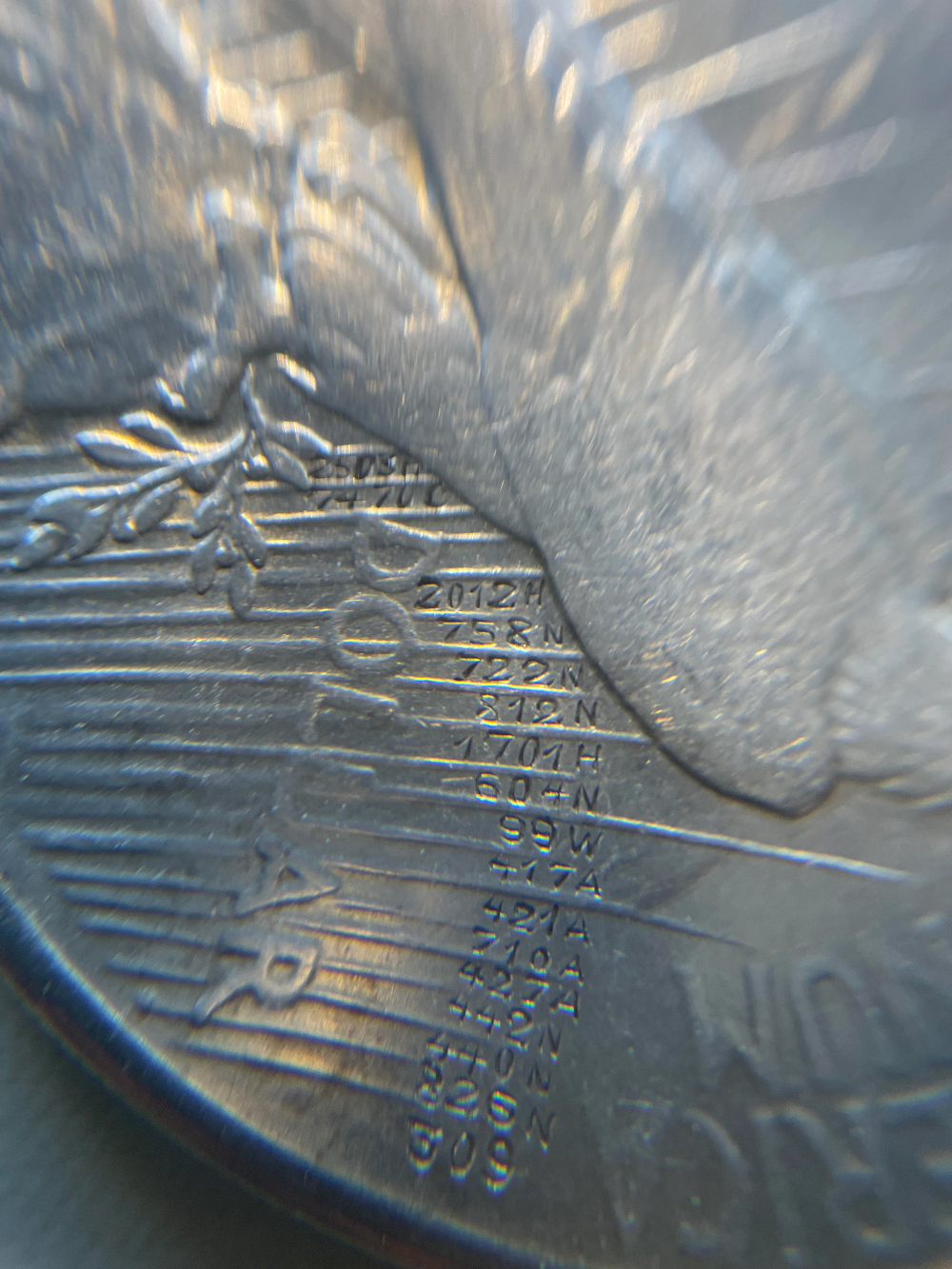 The coin is a so-called Peace Dollar from the USA. This is a silver coin that was minted from 1921 to 1928 and from 1934 to 1935. A peace dollar is worth significantly more than a dollar. Depending on the type and state of preservation, collectors pay a few dozen to a few thousand euros for it.

The coin we are talking about here was minted in 1924. A historian would call this a “terminus post quem,” the earliest time the engraving could have been created. Unfortunately, finding a “terminus ante quem,” or latest possible date, is not quite as easy.

The author of the Reddit post writes that the coin originally came from a World War II veteran, and that the plain text of the message could read “December 11, 1941. Wake Island.”

Wake Island is a U.S.-owned island in the Pacific Ocean that the Japanese attacked on December 11, 1941, shortly after Pear Harbor. U.S. troops were able to repel this attack, but 12 days later a second invasion attempt was successful. The Japanese were subsequently able to hold Wake Island until the end of the war in 1945.

Whether the plaintext actually reads “December 11, 1941. Wake Island” is unknown to me. Nor do I know what encryption method was used here. A book cipher or a dictionary code would be possible.

However, it is also possible that this is not an encrypted message at all. Maybe someone has noted down weather data or a series of measurements.

Finally, the question is why someone would carve such a message into a coin. As far as I understand it, a peace dollar is not a means of payment, but a collector’s item. One does not usually deface such a thing without reason. The small size of the engraving suggests that it should not be noticeable.

Can any readers say more about the Peace Dollar cryptogram?

f you want to add a comment, you need to add it to the German version here.
Follow @KlausSchmeh