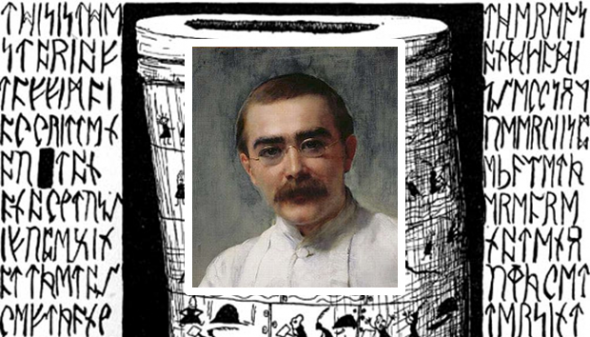 According to the author Rudyard Kipling, he has hidden a coded message in one of his novels. Unfortunately, we don’t even know exactly what to look for yet.

There have been and still are many writers with an interest in cryptology. The best known in this respect is undoubtedly Edgar Allan Poe, whose short story “The Gold Bug” can be considered the most popular crypto-related literary text.

Less well known is that Nobel Prize winner for literature Rudyard Kipling (1865-1936) also had a soft spot for cryptology. I didn’t know that until recently, although I have blogged before about a cryptogram by the “Jungle Book” creator. It was about the story “How the First Letter was Written,” a late work of Kipling’s from 1926. 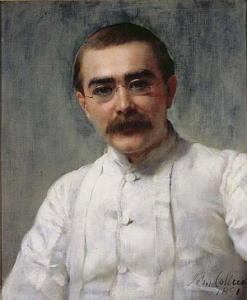 “How the First Letter was Written” is about cavemen. The titular letter is written by a girl named Taffimai Metallumai to her mother. On an elephant tusk, the story goes, this story was recorded for posterity. What is cryptologically interesting about this story is a picture of this tusk that Kipling includes in his narrative: 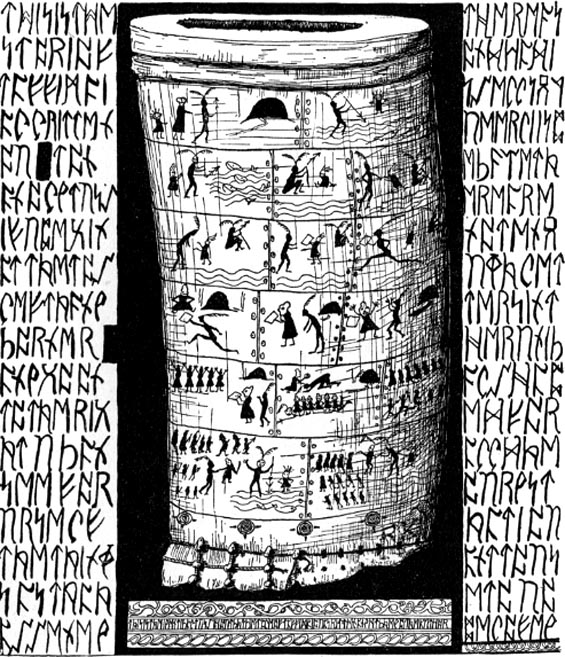 The symbols on the left and right of the image represent an encrypted message. This is not difficult to decipher. The first nine letters at the top left are: THIS IS THE. If you know that the up arrow stands for a T and the E looks like an M, you can easily make out the plaintext.

The article by Roger J. Morgan

The journal Cryptologia published an article a few days ago that goes into more detail about Kipling’s cryptological activities (thanks to Elonka Dunin for the reference). As far as I know, it is the first paper that deals with this topic. The author is the Briton Roger J. Morgan (born 1948), who was not known to me before.

In his article, Morgan presents a total of eight passages in Kipling’s work that have a connection to cryptology. The aforementioned short story “How the First Letter was Written” is also included. One other exciting item I expect to discuss in the next few days.

The “Rewards and Fairies” cryptogram.

The main part of Morgan’s article is devoted to the book “Rewards and Fairies,” which Kipling completed in 1910. It is the 29th book Kipling wrote and is now one of his lesser known works. 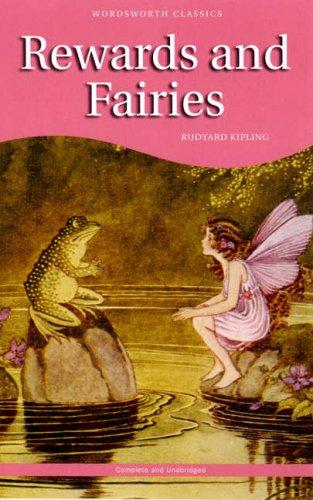 Morgan cites two texts written by Kipling which state that there is a cryptogram hidden in Rewards and Fairies. In other words: Somewhere in this book a secret message is encoded. If this is true, then this would be an example of steganography.

Kipling apparently did not give any more precise details about his cryptogram. And it looks like not too many have looked for it yet. Nevertheless, two alleged solutions have already been published. Both of them take some words or letters from the text and change their order, resulting in a message. However, the result is not convincing in either case.

Morgan has, of course, searched extensively for the hidden message in “Rewards and Fairies” himself – without success. Unfortunately, it’s not really clear what to look for in the first place. It is possible that the message can be read from the text itself. This is available online at Project Gutenberg (but unfortunately not available from Germany at the moment).

But it is also conceivable that not the text but the way it is printed encodes the message. If this should be so, one could not do much with the Gutenberg text. Morgan therefore obtained the original edition of “How the First Letter was Written.” However, his search was unsuccessful there as well.

According to Morgan, Kipling knew from Elizabeth Wells Gallup, who at the time thought she had found secret messages in Shakespeare’s works proving that Francis Bacon was the true author. This theory has long since been disproved, but it is undisputed that Francis Bacon did indeed invent a method of coding. This is called the Bacon cipher. It allows any message to be encoded using cursive and non-cursive letters (or in a similar way). The following figure shows this:

Morgan thinks it is conceivable that Kipling used the Bacon cipher for his cryptogram in How the First Letter was Written. If this is so, then the text version of the book in Project Gutenberg would be of little help in finding the message – one would need the original printing.

However, it is completely open to question whether Kipling actually used the Bacon cipher. A text-based method – an acrostic, for example – would also be possible.

If any reader has an idea how and what Kipling hid in his book, I would be very interested. I’m sure Roger J. Morgan would be grateful for any clues as well.