StartseiteCipherbrainWho can decipher this encrypted diary?

Who can decipher this encrypted diary?

200 years ago, an unknown person in the USA kept a coded diary. As far as I know, this has remained unsolved until now.

Why hasn’t anyone ever dealt with encrypted diaries in detail? There is a chapter on this topic in David Kahn’s classic “The Codebreakers” and another in my book “Codebreakers versus Codemakers,” but to my knowledge that’s about it. One could easily fill an entire book on this topic, but no one has written one yet.

If anyone wants to get active on this, they should take a look at my Encrypted Book List. There are nearly 50 encrypted diaries listed. In addition, I know of some diaries in which only a few sentences are encrypted and which are therefore not on the list. I am sure that there are many more.

Today I want to talk about an encrypted diary that has been on the list for quite a while (00065), but strangely enough I have never blogged about it. It belongs to the rare species of still unsolved encrypted diaries. At least the solution is not known to me.

I came across this diary once again via Google. It is described in an article written by Jeremy Dibbell on the blog “The Beehive” from 2009, which is run by the Massachusetts Historical Society. The book is in that organization’s library in Boston and is listed there under the title “Anonymous cipher diary, 1776-1845.” If this information is correct, the diary would have to cover a period of 69 years, which would be extremely unusual.

Apparently, the author of the diary wrote an entry only every few days. Moreover, many entries fill only one line. This also explains why the entire content fits into a small-sized notebook.

Unfortunately, only two pages of the diary are shown on the said website. Here is the first one: 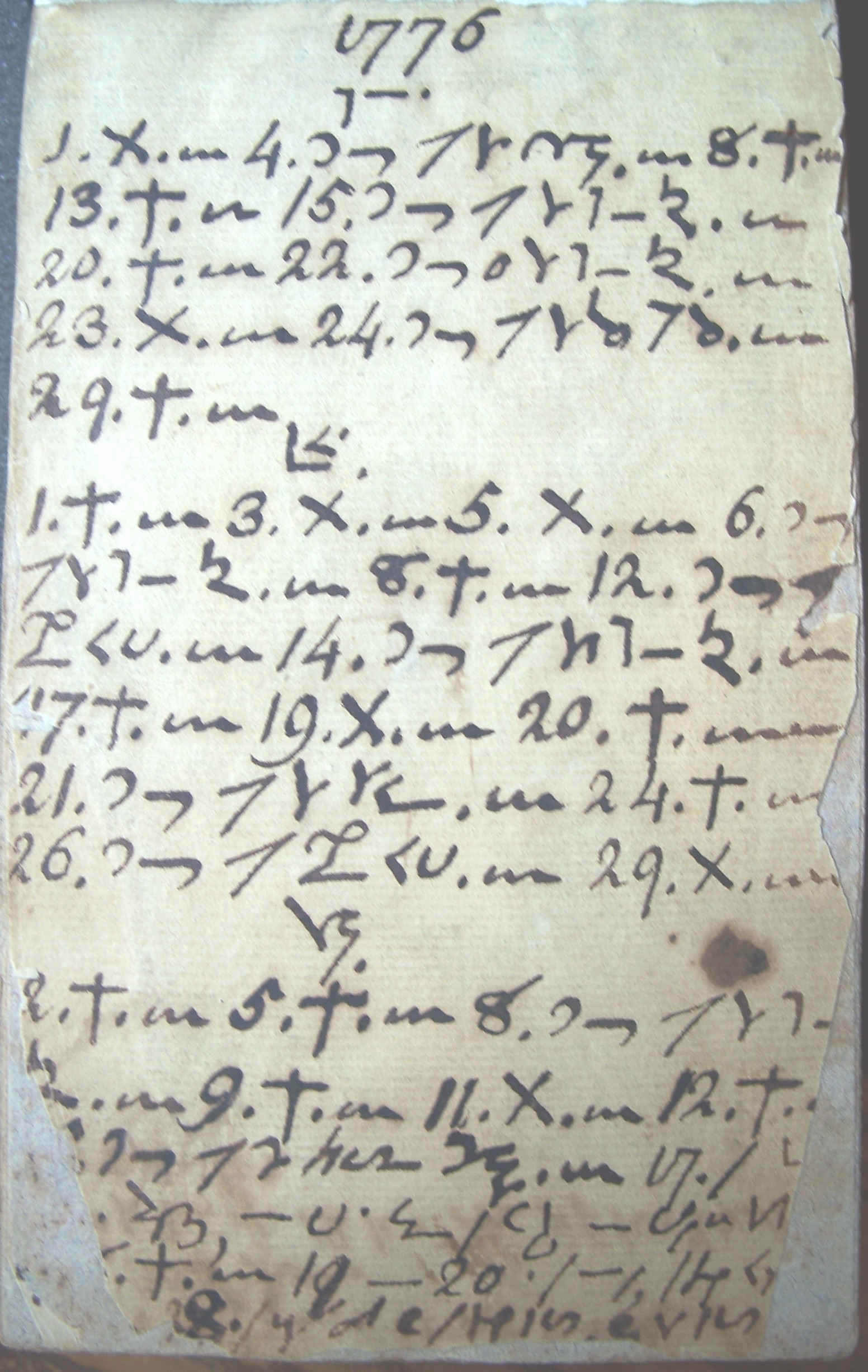 Here is the second one: 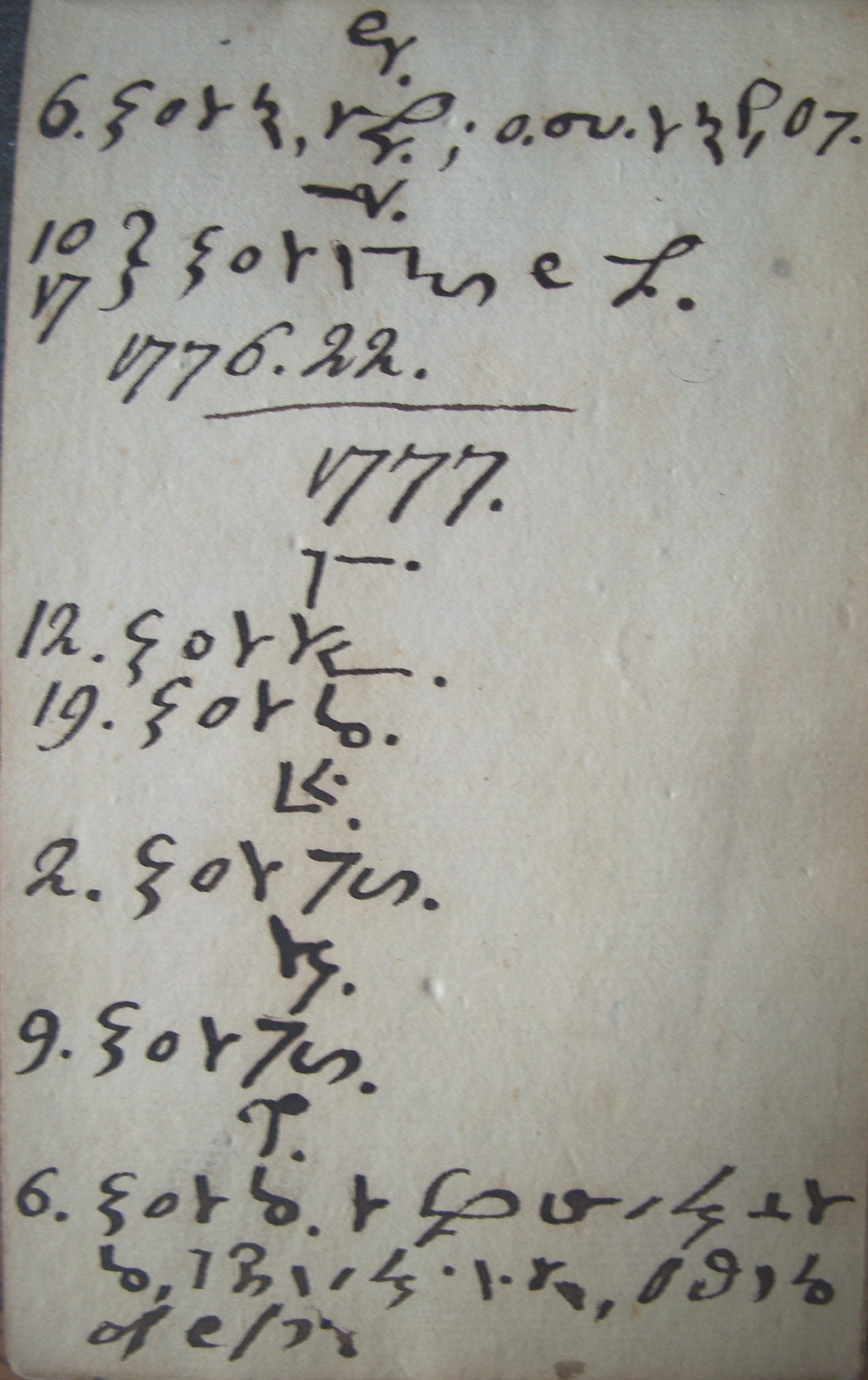 Apparently, it is not known who the author of this diary is. Possibly it was a priest.

In another article Jeremy Dibbell writes that in the diary entries the names of the months are written in shorthand: 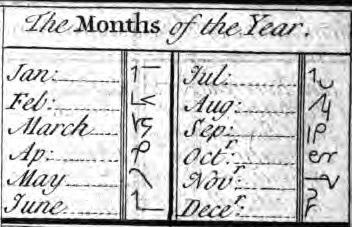 As you can also see, many numbers appear in the diary entries. The letters T, X and m are also quite common on the top page. Other symbols look more like shorthand. On the second page, a part of a word is repeated several times.

Overall, the entries don’t look like ordinary coded text to me. I rather assume notes with many abbreviations and shorthand symbols. The top page might list births and deaths, which would certainly fit for a priest. On the other hand, a striking number of coded diaries contain notes on sexual topics, which of course could be the case here.

Can any readers say more about this unusual cryptogram? It is also likely to be of interest in Massachusetts.