StartseiteCipherbrainWho can decipher this satanic message from 1989? 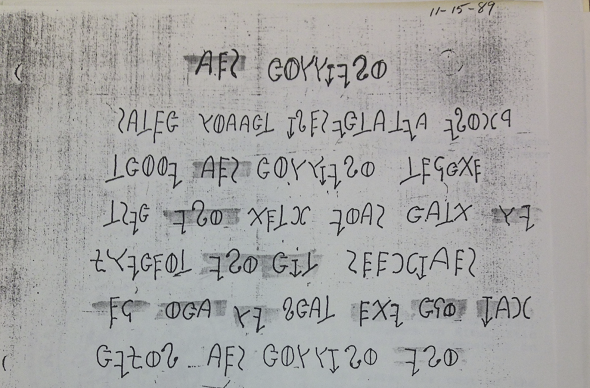 Who can decipher this satanic message from 1989?

An encrypted message, probably created in the eighties in the Satanist environment, is still waiting to be deciphered. Can a Cipherbrain reader help?

Already a few weeks ago, blog reader YefimShifrin thankfully pointed me to three interesting, long unsolved cryptograms presented on Reddit. I have already reported on two of them. Today it’s the turn of the third cryptogram.

The encrypted text in question today was posted ten months ago by a Reddit user named YanniRotten. YanniRotten reported on a photocopied brochure that was handed out at an informational meeting in 1990. Its purpose was to warn young people about the dangers of Satanism. The background was a wave of Satanism (“Satanic Panic”) that spread throughout the United States in the 1980s and from there to other countries. The following page from the brochure contains some information about it: 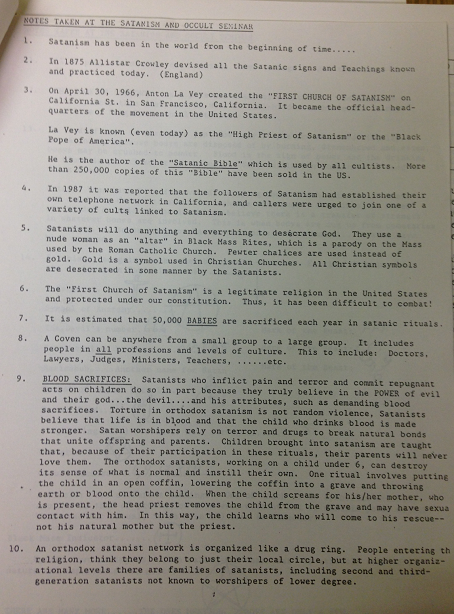 This brochure also contained the cryptogram that I would like to present today: 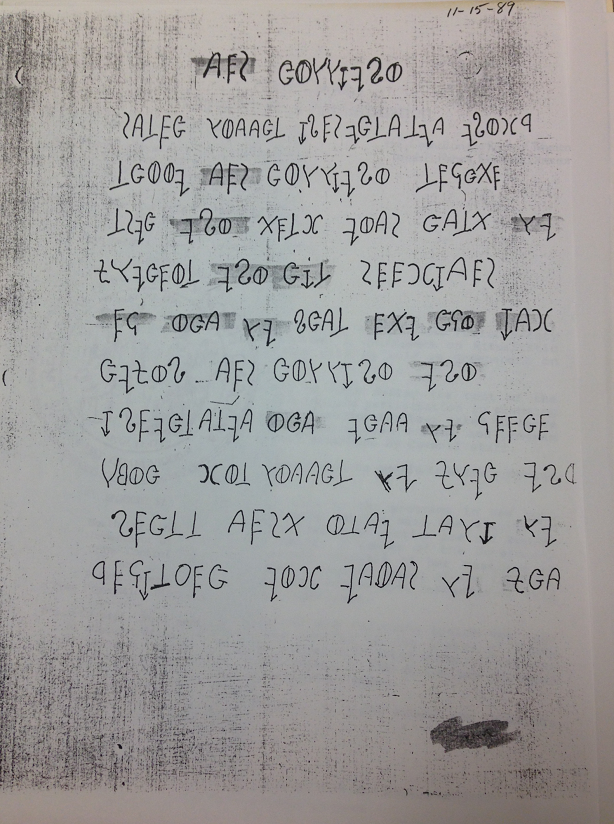 Unfortunately, I do not know what role the cryptogram played in this context. Presumably, the message comes from a Satanist and has a Satanic content. The letter is dated November 15, 1989, but this may be a later addition. The language is probably English.

YanniRotten posted a transcription of the Satanic Panic cryptogram (it was created by Aroktyoe and Decoders), but it contained errors. YefimShifrin corrected it as follows:

Numerous comments have been posted on Reddit about this cryptogram, but no one has found the solution yet. Several comments say that it is probably not a simple letter substitution.

The following graph shows a frequency analysis I made with Multi-Dec (by blog reader Christian Baumann):

YefimShifrin has also detected the following repetitions in the cryptogram: 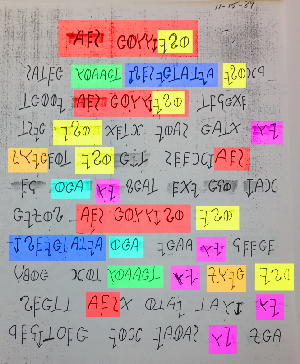 Can anyone say more about this satanic crypto puzzle?