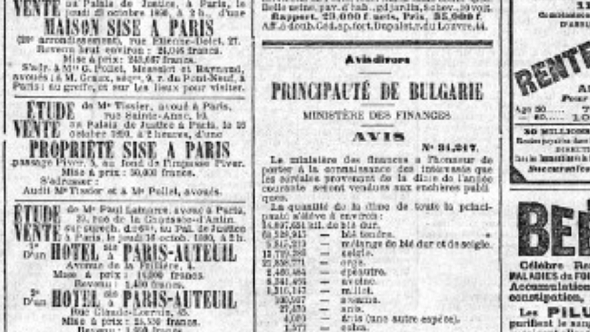 Who can find coded newspaper ads in French newspapers?

In France, there are said to have been coded newspaper advertisements in the 19th century. Some archives are accessible via the Internet. Will a reader find what he is looking for there?

Eight years ago, I blogged about the following scrambled newspaper ad that appeared in the Evening Standard on July 14, 1902:

I came across this ad (and many others I’ve blogged about) via the book “The Agony Column Codes & Ciphers” by Tony Gaffney (aka Jean Palmer). 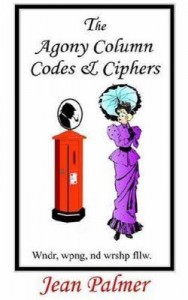 Quelle/Source: GaffneyOver 1,000 coded newspaper advertisements from Victorian England are listed in this work. Many of these have been deciphered by Tony himself, a true master of code-breaking. Still, more than enough cryptograms remain waiting to be solved.

Among the unsolved ads is the one mentioned at the beginning. Tony Gaffney himself pointed it out to me at the time. With almost 600 letters, this cryptogram offers comparatively much analysis material. The N is the most common letter at over 8 percent, the J the rarest at under 0 percent. The frequency distribution seems too flat for a simple letter substitution. The unusual notation in groups of four would fit a pairwise substitution. The fact that no J is included argues for a playfair cipher.

Some further analyses were provided by my readers at the time, especially Norbert Biermann and Thomas Ernst. Nevertheless, the mystery is not solved until today. Can a reader say something about this cryptological cold case?

I would like to take this opportunity to ask my readers something else. Cryptographic newspaper advertisements existed not only in Victorian England, but also in France. David Kahn reports in his standard work “The Codebreakers” (p. 244) about the French cryptologist Étienne Bazeries (1846-1931), who discovered his interest in encryption technology through corresponding advertisements.

Unfortunately, as far as I know, nobody has taken the trouble to search old French newspapers for encrypted advertisements. Nor is there any other literature on the subject that I know of.

So I set out on a search of my own. The two most important French daily newspapers in the second half of the 19th century were probably “Le Temps” and “Le Figaro”. Fortunately, the archives of both publications are available on the Internet without any access restrictions:

In fact, one finds masses of advertisements in both newspapers. Here, for example, is an excerpt from “Le Temps” of October 2, 1890: 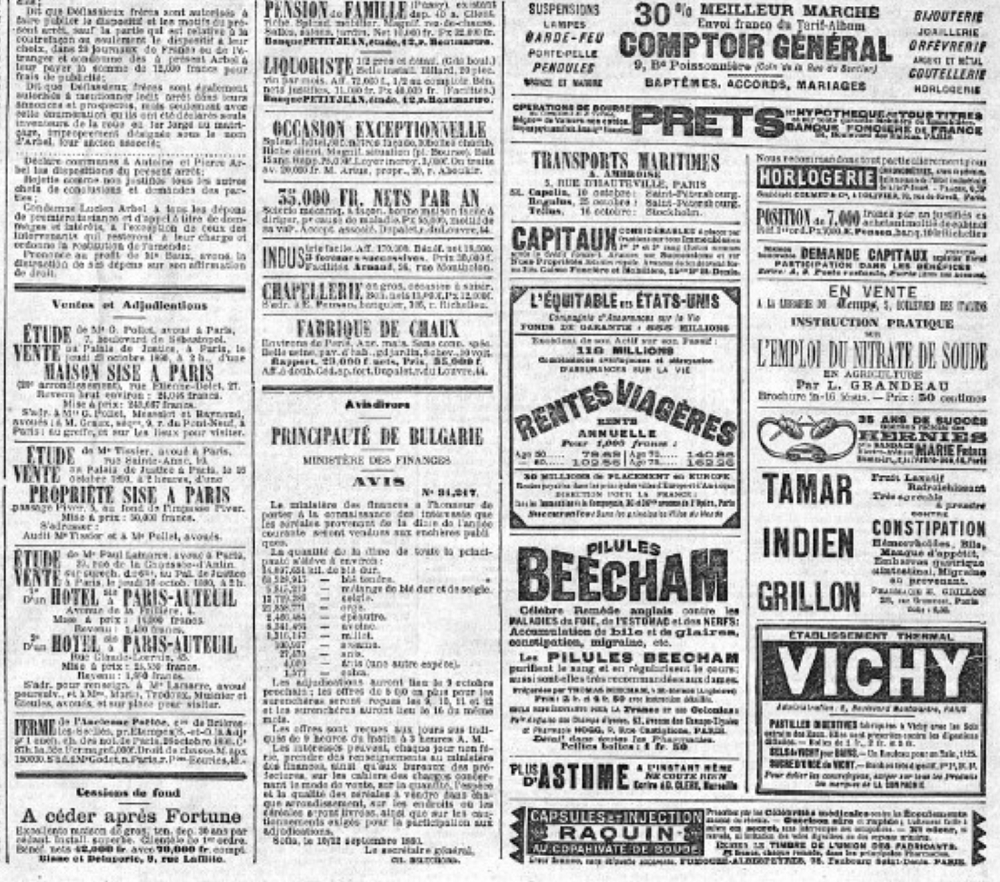 Unfortunately, I have not yet discovered a coded advertisement in the two newspapers. However, I would assume that such messages are mainly in the column for personal ads. However, there does not seem to have been one in the newspapers in question.